John Oliver Schooled the Universe on US Territories Last Night

One of the most brilliant innovations in the satirical cable TV news empire is the hilarious but comprehensive long-form reporting of John Oliver on HBO’s Last Week Tonight. Each and every week, Oliver guides the average viewer through a complicated national issue ranging from for-profit universities to the tobacco industry, and this week he explained the ongoing fight for rights among the 4 million people living in U.S. territories.

Though everyone should take the thirteen minutes to see the comedian-newsman hybrid work his magic, here’s the short report.

Residents of American territories like Guam, Puerto Rico and the American Samoa are owned by the U.S. but don’t receive the rights of the Constitution, being considered “alien races” by the law in spite of giving much of their land and citizens to the country and our military.

“I find that condescending and I’m British. We basically invented patronizing bigotry,” he joked. 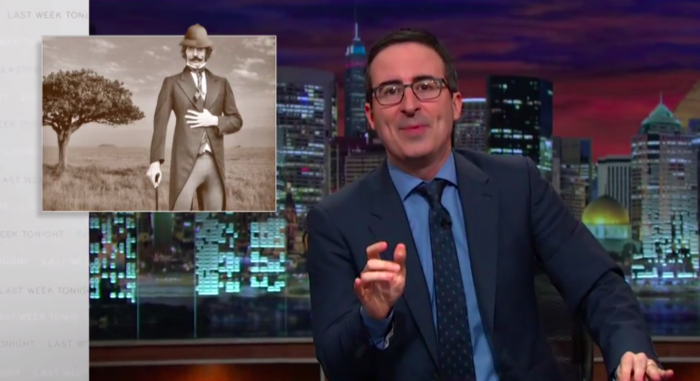 To this day, those living in national territories do not have senators, they have a delegate in the national chamber that has no vote and they cannot vote in American elections. Many who move to the continental U.S. from Puerto Rico and Guam are referred to as immigrants in spite of hailing from American-owned soil.

“It’s pretty infantalizing when discussing national legislation to give Puerto Rico the same status as a six-year-old voting on where the family should get to go on vacation,” said Oliver. “What’s that, Timmy? Narnia? OK, Colonial Williamsburg it is, then.” 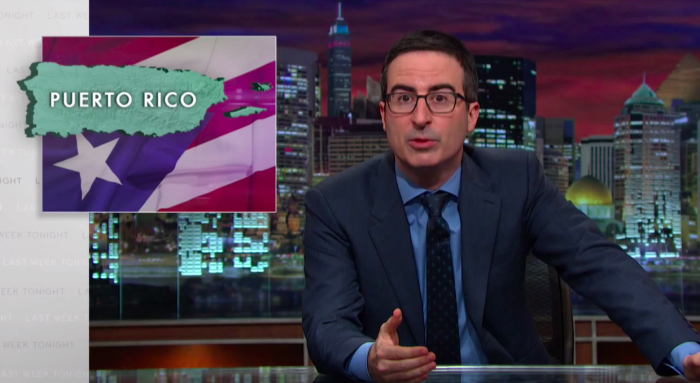 An eighth of Guam’s population serves in the U.S. military, but the closest treatment for PTSD is in Hawaii…over three thousand miles away. In their straw poll for the U.S. presidential election, which didn’t count toward any actual candidates, Guam actually showed a stronger voter turnout for the empty election than the U.S. did in the actual election.

“Turn out for what?”

Oliver cited even less respect from the U.S. when it comes to the American Samoa, when a Congress member mispronounced the territory as the “American Samolia” as well as the name of the representative.

“Thank you,” Oliver responded, “it is a privelege to be here in Waffleton, D.P. in the great United Sporks of Amoogaboink.”

American Samoans are so disrespected by the government, the report continued, that they are not even granted American citizenship in spite of being able to be drafted into the U.S. military. Instead of citizens, American (?) Samoans are referred to as “United States Nationals.”

Oliver concluded the segment by acknowledging that changing these laws and rightfully acknowledging territory residents with citizens’ rights would be difficult, but just think of what else we’ve accomplished since these laws were put into place.

“We invented television, we eliminated the measles and for some f***ing reason brought them back again, we’ve held thirty Wrestlemanias and those things are logistical nightmares, and you know what else? We learned to f***ing fly!” 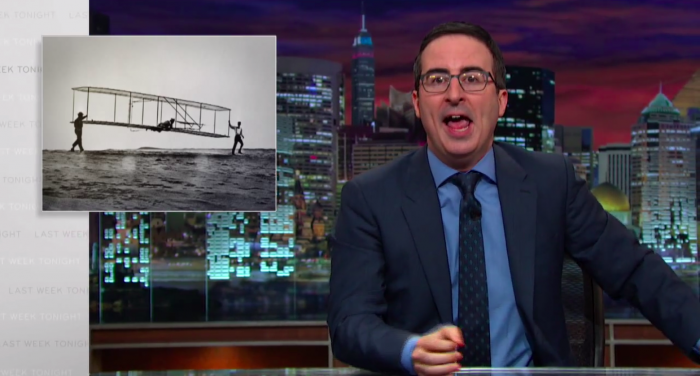 A decade of Wreck The Halls. END_OF_DOCUMENT_TOKEN_TO_BE_REPLACED

Leah Wellbaum from Slothrust brought her trusty six-string to Studio B and turned in the first RadioBDC Session of 2017. Check out her three songs and her chat with Julie Kramer, recorded live on February 28, 2017. END_OF_DOCUMENT_TOKEN_TO_BE_REPLACED

Comedian Myq Kaplan is a comedian named Myq Kaplan. He joined me in studio this afternoon, and he’s at Laugh Boston this weekend. Click here for tickets. END_OF_DOCUMENT_TOKEN_TO_BE_REPLACED

Mike McColgan and Lenny Lashley of Street Dogs were in session on November 30, 2016 to play three songs and chat about their annual Wreck The Halls shows at Brighton Music Hall December 15-18. END_OF_DOCUMENT_TOKEN_TO_BE_REPLACED

Tegan and Sara stopped by for a chat before their House of Blues show on Halloween night. END_OF_DOCUMENT_TOKEN_TO_BE_REPLACED

My goodness, I love Sue Costello. It was great having her back in studio today to talk about her one-woman show, #IAmSueCostello, playing tonight at the Revere Hotel. Click here for tickets. END_OF_DOCUMENT_TOKEN_TO_BE_REPLACED