Oddly Mesmerizing: John Cena and His Giant Arms Mash a Meal into Existence

Here, he rolls up slices of deli ham like he’s about to smoke them:

Here, John tries to get that avocado onto a plate of cold cuts, hard boiled eggs, tomatoes and uncooked radishes.

But it doesn’t stop there: to ensure that this dish is drenched in flavor, Cena makes use of his tree trunk arms to squeeze a lime juice into submission, then powerbombs some olive oil onto the whole shebang.

Here’s the final product as it begs for mercy. 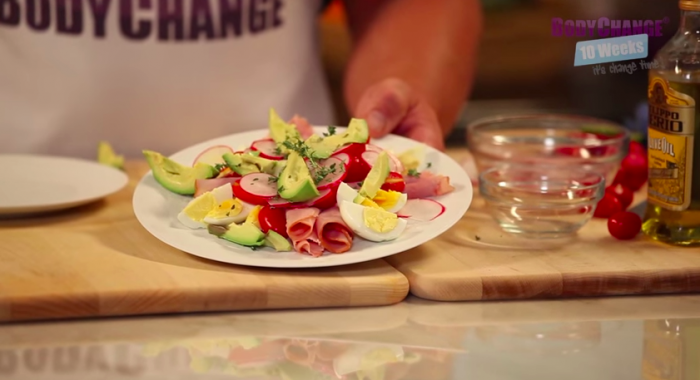 A decade of Wreck The Halls. END_OF_DOCUMENT_TOKEN_TO_BE_REPLACED

END_OF_DOCUMENT_TOKEN_TO_BE_REPLACED

Picture this: you’re hungover. Or just getting over the flu. Or jet-lagged. Or just plain run down and exhausted. Now, picture this: a certified nurse comes to your home and helps you through it. That’s the concept behind The I.V. Doc–now available in Boston. Dr. Joseph A. Russo and his team joined me in studio with all the details. END_OF_DOCUMENT_TOKEN_TO_BE_REPLACED

Leah Wellbaum from Slothrust brought her trusty six-string to Studio B and turned in the first RadioBDC Session of 2017. Check out her three songs and her chat with Julie Kramer, recorded live on February 28, 2017. END_OF_DOCUMENT_TOKEN_TO_BE_REPLACED

This should never have happened. END_OF_DOCUMENT_TOKEN_TO_BE_REPLACED

I spend far too much time on Twitter. Here’s a handful of posts from last year that I found to be entertaining on one level or another. Enjoy. END_OF_DOCUMENT_TOKEN_TO_BE_REPLACED