‘Jobs,’ ‘The Punk Singer,’ more new on Netflix this weekend 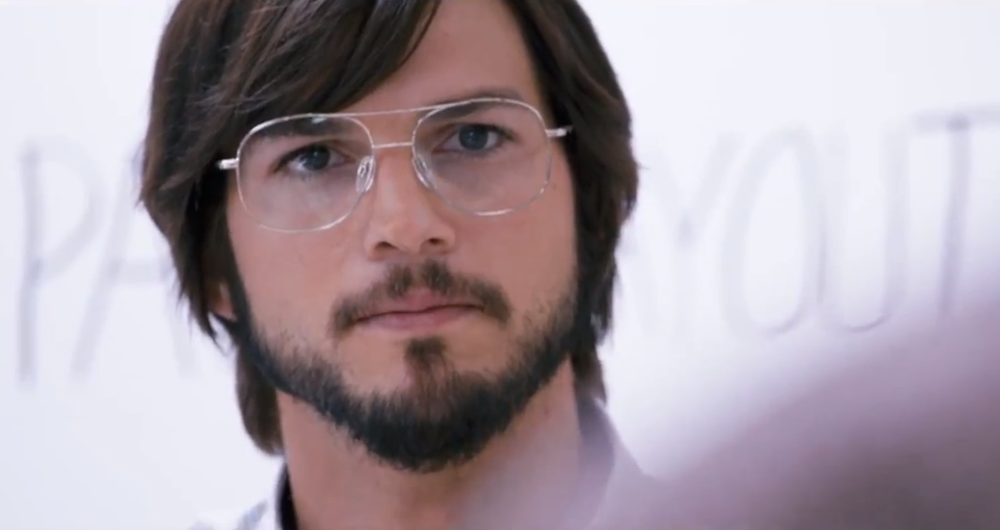 There’s a lot of really indie stuff on Netflix this weekend. Like, I’m not even sure that they are even considered independent films, but they just have that vibe about them, you know?

You know how sometimes a lot of really good actors get together and make a shitty movie. Well this one, starring Robert De Niro, Susan Sarandon, Diane Keaton, and more, about a dysfunctional family hilariously trying to survive a wedding weekend, is exactly that.

If you’re looking to watch somebody stand up on a stage and tell jokes, it might as well be the guy who is best at it.

A dramedy about a woman who loses her husband and finds out after that he was cheating on her with a stripper. Now you think she’d be distraught about this whole thing, which she is, but she also ends up forming a bond with the dancer, and joins in on the dancer’s adventurous lifestyle.

There are these things called iPods that you may see people using on the T instead of talking to other people, and this gal called Siri who tells you if it’s raining outside in case you’re too lazy to look out a window or something. These things all came to be thanks to the genius of a man named Steve Jobs, who is portrayed in this biopic by “Dude, Where’s My Car” co-star Ashton Kutcher.

You know how every punk band now that has women in it is labeled as riot grrrl? First of all, that ain’t right. Second of all, there is actually a thing called riot grrrl, a movement that was started by Kathleen Hanna, lead singer of Bikini Kill and Le Tigre. She is documented in this film.

Gotta love a good high school movie. While this one didn’t necessarily get “Mean Girls” level attention, it’s received some cult-status love. It seems like most of the high school movies geared toward the awkward crowd always gets grouped in as a “cult-favorite.” Sigh.

If you’re ever looking for an indie film to watch, just look up Paul Dano’s entire filmography. He stars in this this drama about a teenager in search of a stable parental figure after the death of his mother and the emotional struggle of his father.

Golden Globe and Emmy nominee Benjamin Wallfisch is the composer responsible for the score of the hit movie IT. I talked to Ben about his approach to scoring the new version of this iconic story and his thoughts on film and music overall. Some very insightful commentary; listen in. END_OF_DOCUMENT_TOKEN_TO_BE_REPLACED

Rupert Gregson-Williams is an award-winning film composer. He just so happened to compose the score for this summer’s big blockbuster Wonder Woman. We talked about his beginnings in film scoring, film scores that move and inspire him and, of course, Wonder Woman. END_OF_DOCUMENT_TOKEN_TO_BE_REPLACED

Jeff Rapsis is a New England-based composer and performer. Lately, he’s been creating live musical scores for silent film screenings. I talked to him about his process and a few of his upcoming performances at The Capitol Theatre in Arlington and the Somerville Theatre. You can keep track of where else Jeff is scoring silent films here. END_OF_DOCUMENT_TOKEN_TO_BE_REPLACED

Planning on seeing Rogue One: A Star Wars Story when it opens this weekend? I joined Adam 12 to give you an idea of what to expect. But don’t worry, I didn’t give anything away. END_OF_DOCUMENT_TOKEN_TO_BE_REPLACED

No, not from afar, from the comfort of her couch. From the actual awards themselves. That’s where Meredith Goldstein was for the Oscars. She shared all the juicy, first-hand details with me. END_OF_DOCUMENT_TOKEN_TO_BE_REPLACED

To celebrate the opening of ‘The Force Awakens,’ I had some very special guests in studio to start the Thursday, December 17 edition of The Brink. Listen. END_OF_DOCUMENT_TOKEN_TO_BE_REPLACED

Watching the new Star Wars trailer a million times gave us all sorts of feels. And one of those feels was nostalgia. END_OF_DOCUMENT_TOKEN_TO_BE_REPLACED

END_OF_DOCUMENT_TOKEN_TO_BE_REPLACED

If you’ve finally finished crying over Inside Out — or Lava, the short that ran before it — Pixar is readying another assault on your tear ducts with The Good Dinosaur, if its newly released trailer is any indication. END_OF_DOCUMENT_TOKEN_TO_BE_REPLACED