JetBlue Kicks Woman Off Flight to Boston for Tweeting About Delays 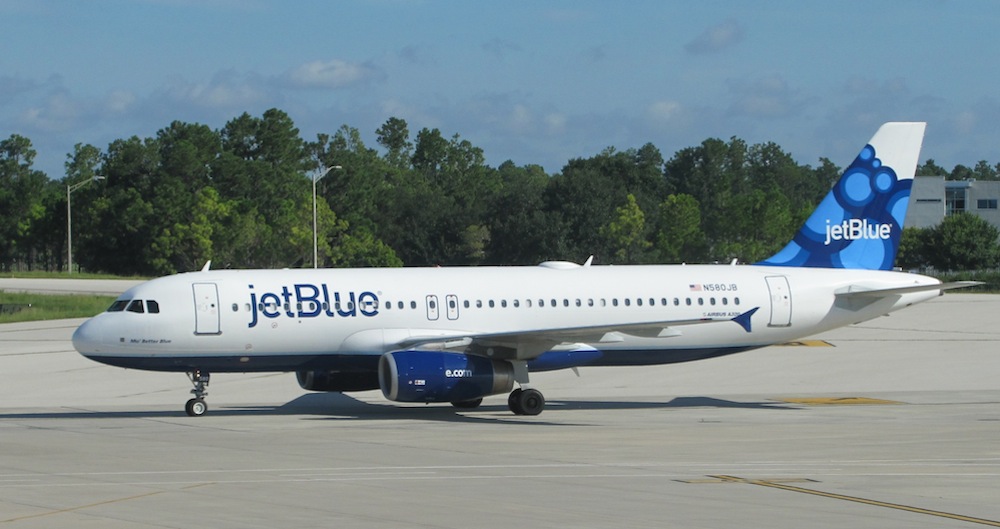 While Linda Carter-Knight waited for her Jet Blue flight from Philadelphia to Boston, she exercised her rights as an American guaranteed under the Constution to tweet about flight delays. But when it finally came time to board, JetBlue kept her grounded.

Jet Blue denied me access tonight to a flight home to my three children.Thanks for supporting single working mothers.#philyjetblue760

According to an interview Carter-Knight gave to a local ABC news program, the entire incident stemmed from the flight’s irate pilot claiming a passenger had accused him of being drunk, which necessitated a sobriety test. “We had been waiting an hour, so there was a joke by another passenger — that it had been a long night and we hoped there was a fully stocked bar on the airplane,” Carter-Knight said. “And the pilot immediately ran out and said, ‘That’s it, everybody back up at the gate. I’ve been accused of being intoxicated.’” Here are some of the tweets that allegedly got Carter-Knight’s tickets yanked.

#JetBlue Major debacle on flight 760 in Philly- pilot accuses passengers of accusing him of being intoxicated demands all passengers back — Lisa Carter-Knight (@drinkwaterevent) October 8, 2014

JetBlue has a bit of a reputation for dealing with difficult passengers in unorthodox ways, but unlike Steven Slater’s legendary beer-swigging escape through the emergency exit, the passenger doesn’t seem to have done much to warrant her punishment.

JetBlue released a statement to Mashable about the flight this morning, but did not address Carter-Knight’s situation directly.

As a precautionary measure, a sobriety test was conducted. The test demonstrated the pilot was sober and as a result, he was cleared to perform his duties.

Customers boarded the aircraft which departed PHL at 12:03am and arrived in BOS at 1:12am.”

Enter to win a pair of tickets to attend The Hess Collection Seminar and Dinner as part of Boston Wine Festival 2018 at the Boston Harbor Hotel on Wednesday, March 14th. END_OF_DOCUMENT_TOKEN_TO_BE_REPLACED

This should never have happened. END_OF_DOCUMENT_TOKEN_TO_BE_REPLACED

I spend far too much time on Twitter. Here’s a handful of posts from last year that I found to be entertaining on one level or another. Enjoy. END_OF_DOCUMENT_TOKEN_TO_BE_REPLACED

Apologies in advance for burying this in your skull forever. END_OF_DOCUMENT_TOKEN_TO_BE_REPLACED

If you like cover songs, you’re gonna love this. And by love, we mean probably hate. END_OF_DOCUMENT_TOKEN_TO_BE_REPLACED

Whether you celebrate the unofficial beginning of summer on Memorial Day weekend, or Meteorological Summer on June 1, or the Summer Solstice, make no mistake: summer is here. END_OF_DOCUMENT_TOKEN_TO_BE_REPLACED

When he’s not running BostonTweet (or running the Boston Marathon), Tom O’Keefe is running around promoting Flutter. He was in studio with SumuApp co-founder Daniel Tewfik earlier today to talk about how you can win free rent for a year in Boston. END_OF_DOCUMENT_TOKEN_TO_BE_REPLACED