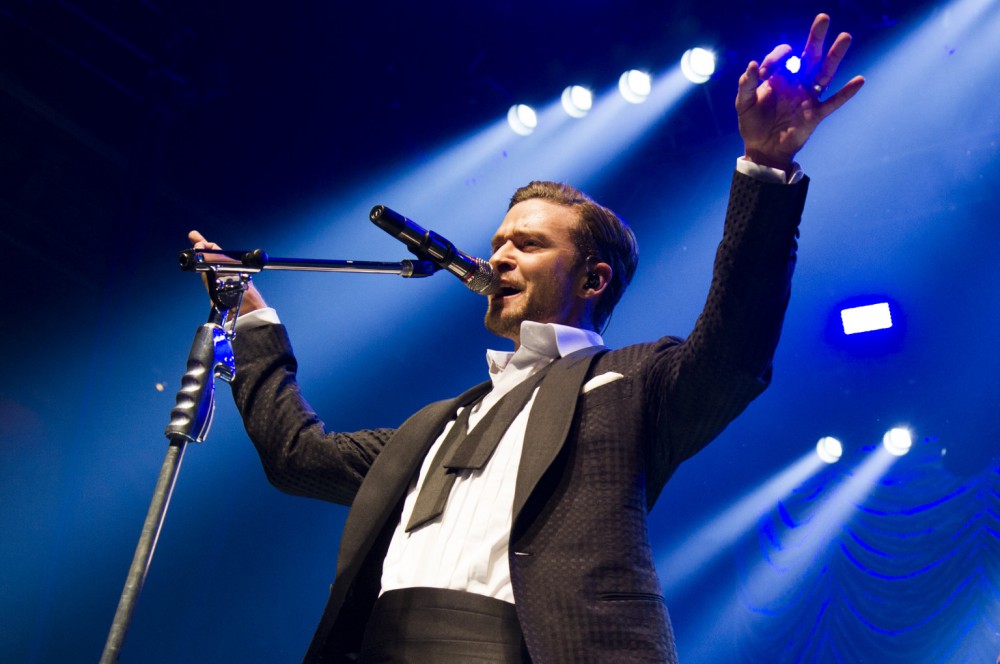 Waiting on your next paycheck to buy those Justin Timberlake tickets? Better start checking the couch for quarters, because his TD Garden show, along with several other concerts in Boston, is close to selling out. Don’t sleep on these ones, folks!

The Queens, N.Y., chef-turned-rapper Action Bronson is one of the most clever and prolific lyricists in the game right now. With eight releases to his name in less than three years, as well as verses on tracks by everyone from Ghostface Killah to Chance the Rapper, he’s also one of the most exciting figures in hip-hop. Don’t miss your chance to see him in this relatively small setting (with Party Supplies; 7 p.m., $20, all ages).
New Orleans funk machine Trombone Shorty brings his all-star band to House of Blues for an expected groove fest. Trombone Shorty has always found ways to mix classic jazz, soul, gospel, and creole influences with more modern R&B and hip hop sounds. What is for sure is that everyone at this packed house will be dancing (with Sister Sparrow & The Dirty Birds; 7 p.m., $20, all ages).
Jay Z (no hyphen anymore), a.k.a. HOVA, a.k.a. Jigga, a.k.a. Iceberg Slim, brings his enormous catalog of hip-hop staples to The Garden, fresh off the release of last summer’s “Magna Carta Holy Grail.” The Brooklyn rapper is one of the biggest celebrities on the planet, and despite what can be said about his most recent material, and some of his more questionable moves off the mic, Jay is one of the greatest rappers to ever live (8 p.m., $30-147, all ages).
Allston folkateers Cask Mouse lead a lovely looking local bill at TT’s in Cambridge that also includes soul collective Oldjack and accomplished singer-songwriter Will Dailey. One of the best Thursday night bills you’ll see in this town, and proceeds from the show will benefit Revolutions of Hope (8:30 p.m., $12, 18+).
New Hampshire’s Tan Vampires make a trip across the border to join the jangly collective of Bent Shapes, whose latest album “Feels Weird” was a 2013 standout, Baltimore haze rockers Sun Club, and local surfy quintet Kid Mountain (8:30 p.m., $10, 18+).
Rounder Records bluegrass quintet The Deadly Gentlemen hosts a bill of fellow locals including Joy Kills Sorrow, Brooklyn-based songwriters Chris Eldridge and Julian Lage, and Boston legend Peter Rowan for an acoustic hootenanny (8 p.m., $20, 18+).
Everyone’s favorite former Mouseketeer, bleached-haired ‘N Sync’er, solo pop sensation, fictional best friend of fictional Mark Zuckerberg, and occasional “Saturday Night Live” funnyman Justin Timberlake released two albums last year and continues to basically dominate the world of entertainment (8 p.m., $50-175, all ages).