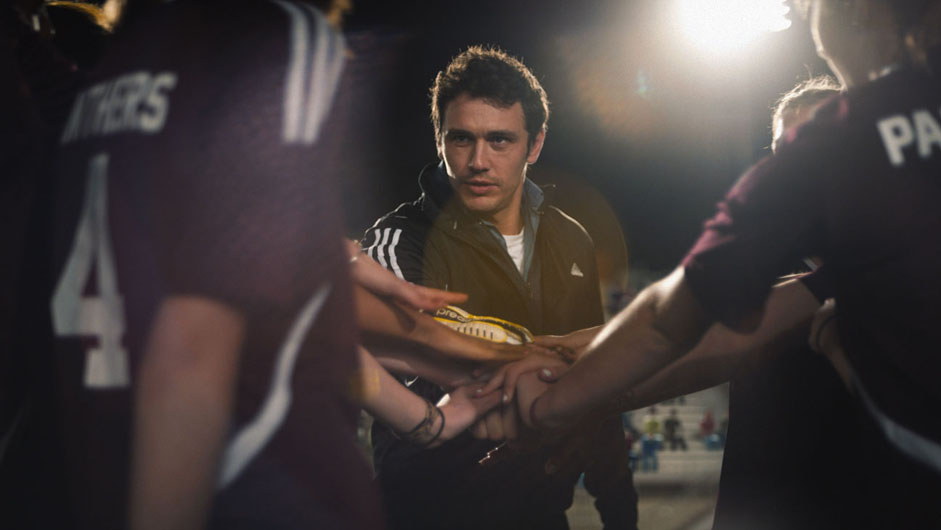 May is off to a great start this week as late night plays host to a handful of funny people with the upcoming string of spring comedy movies due out in the next couple weeks.

Monday, May 5 – Future Islands on Kimmel

Future Islands is the band that is just starting to get the big break it deserves. A little too noisy to be categorized as new-wave, and way too soft to be called punk, the trio lands itself somewhere in the art-pop realm, especially with the release of their brand new album, “Singles,” a collection of perfectly crafted, synth-laden pop nuggets that prove just how underplayed and underrated the Baltimore-based band is.

Tuesday, May 6 – Coldplay on Fallon

It’s been a few years since these British dudes, known to draw the same sizable crowds as U2, have put out new music, but come May 16, Coldplay will release its sixth studio album entitled, “Ghost Stories.”  In accordance with the album’s release, the band has staged an international scavenger hunt where they have stashed copies of Chris Martin’s lyrics in ghost story books around the globe, and leave clues on Twitter for fans to find them. One of these books has a ticket to London, where one lucky fan will get to see the band perform during their upcoming tour.

Tuesday, May 6 – Foster the People on Letterman

After finding out that frontman, Mark Foster, used to be a jingle-writer it made so much more sense why the band’s first album was such a commercial hit, with the ever-catchy single “Pumped Up Kids,” and almost every other song on the album having the most spot-on hooks. But, we’re not so sure about their new album, “Supermodel,” which sounds more like Foster and his cohorts listened to Vampire Weekend and MGMT on repeat and then decided to write an album. Catch the band on Letterman tomorrow and see what you think about their sophomore effort.

Wednesday, May 7 – Pharrell on Kimmel

Now whenever we think of Pharrell, the image of him in his Arby’s hat, sitting across from ‘POPE’rah, and crying as he watches the world dance to “Happy,” continues to play on repeat. Since the release of “GIRL,” the beloved producer/musician/total softy has graced a slew of stages, including Coachella, where he performed with Gwen Stefani, and the Grammy’s where he shared the stage with Stevie Wonder and a whole lot of hip-hop aficionados including P. Diddy…or Puff Daddy, or whatever the hell his name is now.

Friday, May 9 – tUnE yArDs on Fallon

New England native, Merrill Garbus, the mastermind and sole member of tUnE yArDs described her new album, “Nikki Nack” as, “an out-of-control beast I cannot begin to tame.” That doesn’t surprise us one bit since Garbus is known to make to loud, frantic songs that express her vibrant personality.

Tuesday, May 6 – James Franco on Letterman

Believe it or not, James Franco doesn’t spend all of his time taking selfies and hitting on underage chicks via Instagram. The multifaceted actor-artist is actively pushing his new flick, “Palo Alto,” based off his collection of short stories, and where he plays a high school soccer coach that becomes the object of obsession of some of his female soccer players. Another inappropriate, underage relationship…are we starting to see a trend here?

Tuesday, May 6 – Seth Rogen on Fallon

Funny-man Seth Rogen has been on roll lately, especially with his hysterical reenactment of Kanye and Kim’s repulsive music video for “Bound 2” with buddy James Franco. Hopefully his upcoming flick, “Bad Neighbors,” will measure up to the comedian’s past blockbusters.

This one is for all the fashion-obsessed. Both of these women have been at the helm of couture and fashion-forward styles for years and famed ice queen, Wintour, has just reopened the Met’s costume institute, now named the Anna Wintour Costume Center after the editor-in-chief of Vogue.

Thursday, May 8 – Kobe Bryant on Kimmel

Hopefully Jimmy Kimmel will ask Kobe why he hasn’t decided to retire yet. It’s about that time; it’s not like the Laker has a chance at another championship with the shoddy-ass team he has backing him these days.

We can’t say that Diaz and Mann’s new movie, “The Other Woman,” will come anywhere close to being as spot-on funny as “Bridesmaids,” but any movie with three beautiful blondes gracing the silver-screen (and a short scene of Kate Upton running slo-mo on the beach, à la the entire cast of “Baywatch”) will undoubtedly pull some numbers at the box office.

Always a pleasure to have Boston.com’s Perry Eaton in studio for a chat. After we talked a bit about Pearl Jam at Fenway and Perry’s new podcast, he filled us in on Game of Thrones live and Narragansett’s new Bananagrams-themed brew. END_OF_DOCUMENT_TOKEN_TO_BE_REPLACED

No, not from afar, from the comfort of her couch. From the actual awards themselves. That’s where Meredith Goldstein was for the Oscars. She shared all the juicy, first-hand details with me. END_OF_DOCUMENT_TOKEN_TO_BE_REPLACED

It was wonderful having our good friend Meredith Goldstein back in studio this morning. She dug into the latest edition of Love Letters, which prompted us to play this song. And of course we had to discuss the Oscars. Make sure you’re following Meredith on Twitter, as she’ll be live-tweeting the awards this Sunday night. END_OF_DOCUMENT_TOKEN_TO_BE_REPLACED

Our first edition of TV Sets for 2016 might be better than every edition from 2015. END_OF_DOCUMENT_TOKEN_TO_BE_REPLACED