James Franco and ‘SNL’ Bring Us ‘Star Wars: Everyone Is Old Now’ Trailer 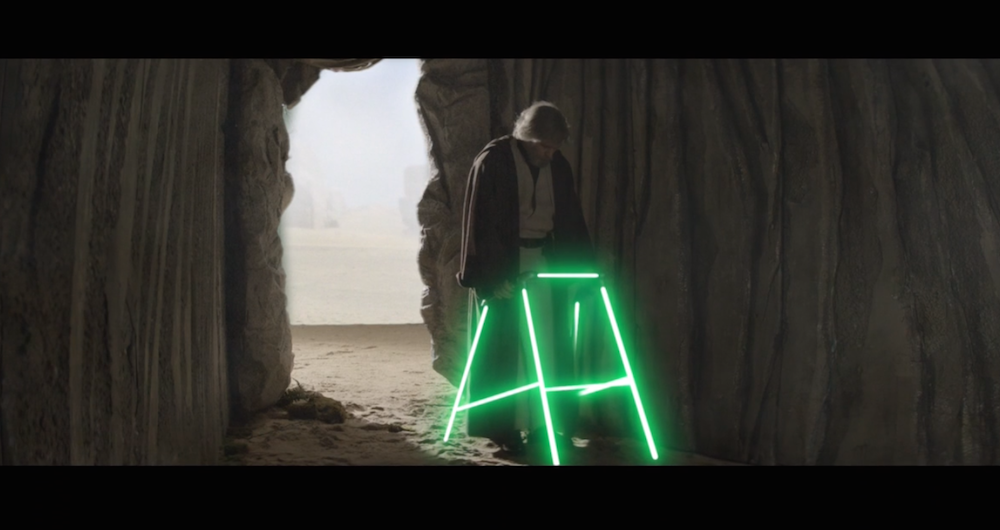 As we’ve already shown you, the “Star Wars: Episode VII — The Force Awakens” trailer has been parodied, remixed, and reimagined countless times in the week or so since its debut. ‘Saturday Night Live’ and host James Franco got in on the fun this weekend, helpfully reminding us that the stars of the original trilogy are going to be super old in the new sequel.

I could play the nerd card here and point out that the “Star Wars” universe has already established that Jedi Masters don’t age the same way regular people do (Yoda was 900 years old when he finally died and became one with the Force in “Return of the Jedi”). And given the advances in medical technology in the universe, one would assume that the average life expectancy far outstrips that of our hopelessly archaic Earth lives. Plus, lightsabers can cut through almost any material other than Madalorian Iron, so they probably wouldn’t make a great walker! *pushes glasses up nose*

But instead I’m just going to enjoy Princess Bobby Moynihan trying to program R2-D2 like a microwave because it’s funny, and nobody likes a know-it-all — especially a know-it-all about a made-up movie universe.

A decade of Wreck The Halls. END_OF_DOCUMENT_TOKEN_TO_BE_REPLACED

Golden Globe and Emmy nominee Benjamin Wallfisch is the composer responsible for the score of the hit movie IT. I talked to Ben about his approach to scoring the new version of this iconic story and his thoughts on film and music overall. Some very insightful commentary; listen in. END_OF_DOCUMENT_TOKEN_TO_BE_REPLACED

Rupert Gregson-Williams is an award-winning film composer. He just so happened to compose the score for this summer’s big blockbuster Wonder Woman. We talked about his beginnings in film scoring, film scores that move and inspire him and, of course, Wonder Woman. END_OF_DOCUMENT_TOKEN_TO_BE_REPLACED

Jeff Rapsis is a New England-based composer and performer. Lately, he’s been creating live musical scores for silent film screenings. I talked to him about his process and a few of his upcoming performances at The Capitol Theatre in Arlington and the Somerville Theatre. You can keep track of where else Jeff is scoring silent films here. END_OF_DOCUMENT_TOKEN_TO_BE_REPLACED

Leah Wellbaum from Slothrust brought her trusty six-string to Studio B and turned in the first RadioBDC Session of 2017. Check out her three songs and her chat with Julie Kramer, recorded live on February 28, 2017. END_OF_DOCUMENT_TOKEN_TO_BE_REPLACED

Planning on seeing Rogue One: A Star Wars Story when it opens this weekend? I joined Adam 12 to give you an idea of what to expect. But don’t worry, I didn’t give anything away. END_OF_DOCUMENT_TOKEN_TO_BE_REPLACED