It’s OK to be sad. February is a sports dead zone in Boston 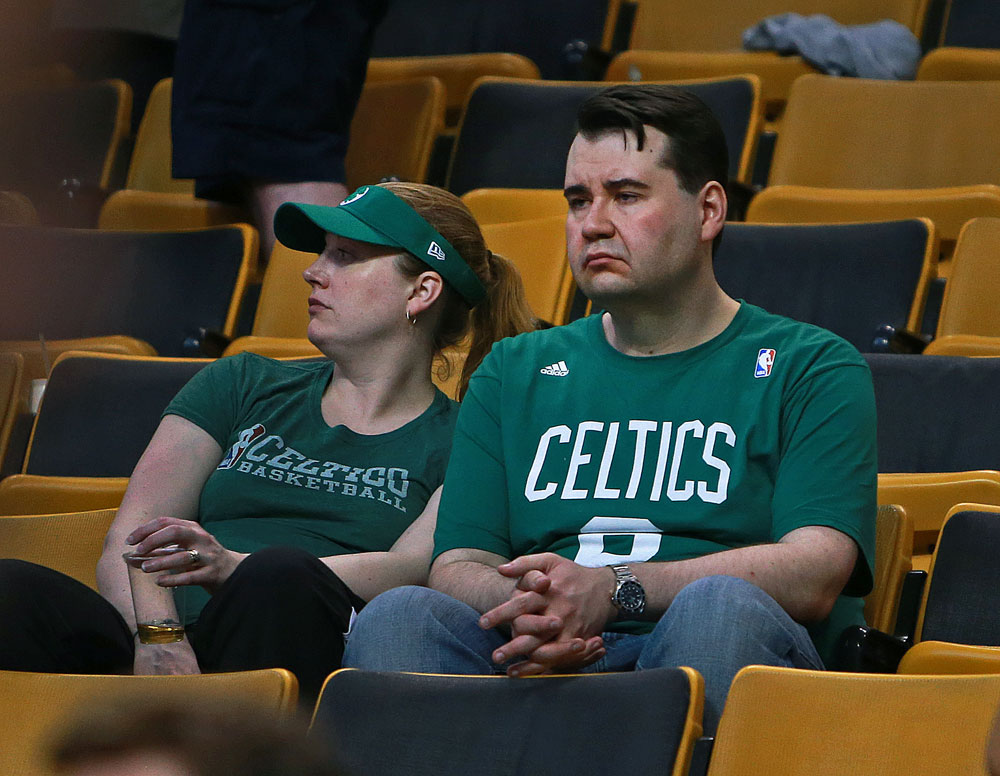 As if New England’s winter didn’t already feel interminable in February, this is the time of the year when sports slow down to a crawl: the dreaded Dead Zone of the Boston sports calendar. Don’t believe it? Just take a look at all of our local pro teams and where they are this very moment.

The Pats wrapped things up in ugly fashion nearly three weeks ago. But the Super Bowl coming and going means that all fans have to look forward to for the next seven months are futile attempts to decipher Bill Belichick’s draft strategy, local news video of guys jogging the back fields behind Gillette Stadium, and talk radio hosts desperately creating and altering ersatz storylines (last week, the Pats needed more weapons like the Broncos but this week, they need a defense like the Seahawks. Oh, and don’t forget “Brady’s Window,” a catchy but ultimately overblown load of crap that could double as the title of a USA Network drama and is now closing in on two years of existence). Hopefully this spring and summer will not include an execution-style murder investigation.

It may be fun and uplifting for all of the loud voices around these parts to treat the NFL off-season just like the regular season and playoffs, which is to say yammering on about the Pats and all of their shortcomings as if they’re the Dallas Cowboys or some other bumbling, incompetent organization that struggles to finish .500 and can’t get out of its own way. But for fans/people who are routinely made to feel bad about themselves for loving the team thanks to those aforementioned voices, this is distinctly neither fun nor uplifting.

Spring Training is right around the corner and thanks to the Sox World Series win back in October, the afterglow will allow Truck Day, pitchers and catchers reporting and the first day of full squad workouts a bit more longevity before the inevitable regression to the mean. In other words, after the first week in Ft. Myers, wake me on Opening Day.
Bless their hearts, the C’s are following the blueprint drawn up for them the moment Doc Rivers and shortly thereafter, Paul Pierce and Kevin Garnett, left town. It took the team a few extra weeks to get around to it due to its surprising start to the season but now, there they are, fighting for ping pong balls. Since there will be no playoff berth this year, the next couple months will consist of nothing more than watching the smattering of folks who will still be here next season (coach Brad Stevens, Rajon Rondo, Jared Sullinger, Kelly Olynyk, and maybe Avery Bradley) grow and evolve. For hopeless hoops geeks like me, that sounds at least like a semi-legit way to pass the time. But for everyone else (the “pink hats,” to use a well-worn Red Sox analogy), not so much.
This leaves hockey, our last gasp at a bastion of light to get us through this yearly, sporting morass. Under normal circumstances, the Bruins would hold the pole position for these final laps en route to the start of spring. The team is a Cup contender once more and its success over the past three seasons offers it a bright, shiny spotlight the likes of which the franchise hadn’t known in decades before 2011.

But there’s nothing normal about this portion of the season, thanks to the Winter Olympics. Sure, there will be a handful of B’s taking part in the tournament over in Sochi and as Vancouver, Turin, and Salt Lake City (or of course, Lake Placid) proved, Olympic men’s hockey can be incredible, particularly when the US sends a contending, competitive team.

Yet after Saturday, there will be no NHL games for 17 days. And while the Olympic tournament schedule features a stray, noontime puck drop here and there, the majority of the contests will be played at either 3 a.m. or 7:30 a.m. Fans will certainly be able to watch via tape delay, but good luck trying to avoid knowing who won ahead of time.

So there you have it. Outside of the NBA All-Star Game (no Celtics, of course, but Olynk and Sullinger will play in the Rising Stars Game) and some pre-tourney college hoops, which will certainly move the needle in a college sports mad town like Boston (#sarcasm), that’s what we’ve got for the foreseeable future. The Bruins are back in action on Feb. 26 at which point we will begin to find our way from the darkness. Only then will our sporting way of life finally be on the road to restoration.