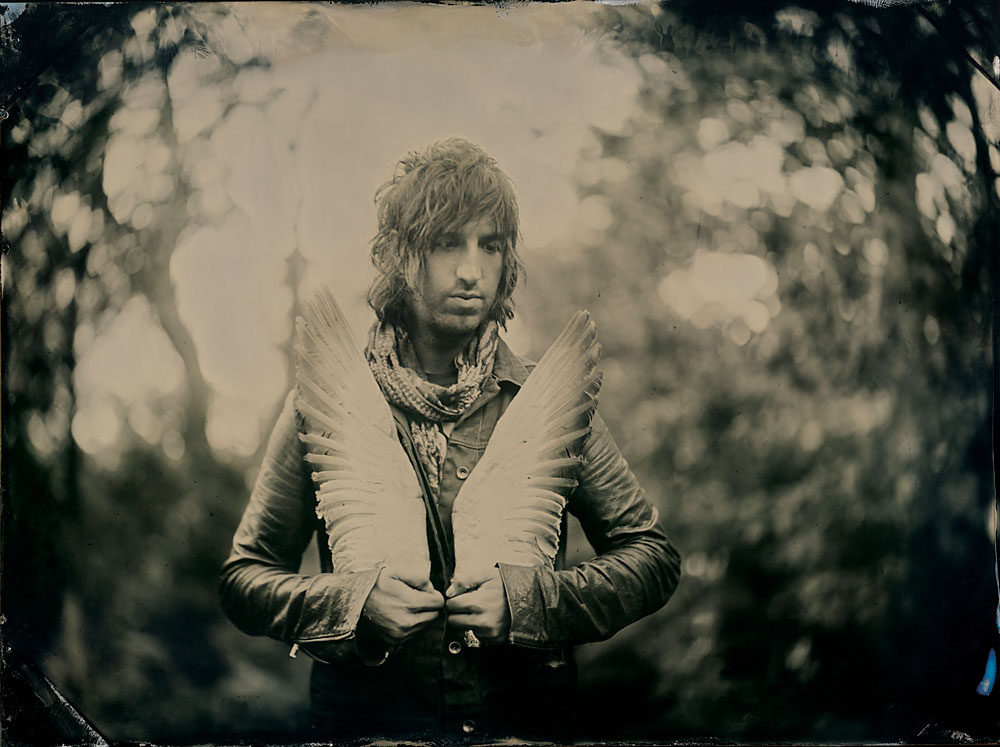 It’s an old debate: What is Americana music and does it even matter? Do bands accept the label or is it merely a skin to be shed as an artist grows? With genre-bending experimental songwriter Joseph Arthur — who has often been labeled Americana himself — playing Great Scott in Allston Tuesday night, it’s a good time to reevaluate the argument.

Appropriately, at the Great Scott show, Arthur will be flanked on bass by R.E.M’s Mike Mills, whose melodic basslines and inventive vocals harmonies kept his old group from being labeled an ordinary Americana band. The two first met during R.E.M’s tour for “Around the Sun” (where the solo songwriter was the supporting act) and Arthur has drawn high praise from the now-defunct Athens, Ga., foursome. R.E.M’s famously curmudgeonly frontman Michael Stipe once told the Los Angeles Times that “[Arthur] is one of those rare writer-performers where you get the sense, whatever you believe, that something greater is being channeled through his music and voice.”

Despite those wishing to pigeonhole him over the years as Americana, Arthur chooses to keep his influences broad. On his latest opus, “The Ballad of Boogie Christ,” the Akron, Ohio, songwriter plunders styles from straight folk to electronica to hip-hop (check out the stream of consciousness of “Miss the Zoo”).

“To me, the production and style of music is just the outfit that someone is wearing,” says Arthur, who was signed by fellow genre-pusher Peter Gabriel to Real World records in the mid-’90s. “I think that I inadvertently do try to push the boundaries of roots music. Too much rootsy stuff tends to bore me.”

Some Boston-area bands with upcoming shows are also experiencing life after the Americana tag wears off. Kingsley Flood’s Naseem Khuri has expressed some frustration with being labeled an Americana band, even though he understands that breaking out violins and mandolins is setting yourself up a bit.

“It’s a catch-all phrase. It doesn’t mean anything anymore,” says Khuri, whose band plays Hot Stove Cool Music at The Paradise on Jan. 11. “I like the idea that you’re working with the feeling of something. Would you call us a punk band? Probably not, but we’re trying to channel that feeling.”

Although she is known for a decidedly pre-rock sound, local songbird Ruby Rose Fox agrees that the boundaries between genres mean less today, partially because styles are changing too quickly.

“It used to be that one year, the 1950s were in and then one year, the 1920s was in. But now it’s faster than that,” says Fox, who performs Dec. 5 at the Davis Square Theater. “Now we go through eras so quickly. It’s hard to tell what era anything is from anymore.”

Hingham native (and current Vermont resident) Bow Thayer has a different perspective, saying that traditional music is an opportunity to explore sounds beyond rock in a way that rock devotees might not consider. In his band, Bow Thayer & Perfect Trainwreck, which plays The Sinclair on Dec. 7, there is no guitar. Instead, Thayer runs a banjo through a sub-harmonizer pedal and adds a little distortion to get a sound that is a lot more far out than anyone might imagine. And the use of traditional instruments in exploring new sounds has opened up other musical possibilities, he says. Discovering the unique tuning of the banjo actually got him “out of the guitar rut” by opening up Thayer’s mind to melodies and compositions that he otherwise never would have imagined.

Arthur’s “The Ballad of Boogie Christ” is a three-part album that the songwriter describes as “psychedelic soul.” And although only the first two parts have been released, the results sound nothing like late ‘60s Temptations records (so much for descriptions). From within his comfortable nest of swamp-toned folk, Arthur cherrypicks from ‘80s pop, indie-rock, hip-hop, and doo-wop varieties. So does he care what the sound he produces is labeled? Turns out, Arthur never slows down enough to consider it.

“A lot of the great artists were at their best when they were at their most prolific,” says the singer, who is constantly writing. “There is an open creative channel that leads to communication.”

Enter to win tickets to see Trio Da Kali at The Villa Victoria Center of the Arts (Newton, MA) on April 10th. END_OF_DOCUMENT_TOKEN_TO_BE_REPLACED

END_OF_DOCUMENT_TOKEN_TO_BE_REPLACED

Enter to win tickets to Rhye at The Paradise on February 28th. END_OF_DOCUMENT_TOKEN_TO_BE_REPLACED

Her new album has been pushed back, but we have Kimbra’s new single for you. END_OF_DOCUMENT_TOKEN_TO_BE_REPLACED

The folk duo returns with a new record this week. END_OF_DOCUMENT_TOKEN_TO_BE_REPLACED

Now that we’re done looking back at 2017, let’s look ahead at 2018. END_OF_DOCUMENT_TOKEN_TO_BE_REPLACED

Our first Song of the Week for 2018. END_OF_DOCUMENT_TOKEN_TO_BE_REPLACED

In a year when so many things were off, the music was right on. END_OF_DOCUMENT_TOKEN_TO_BE_REPLACED