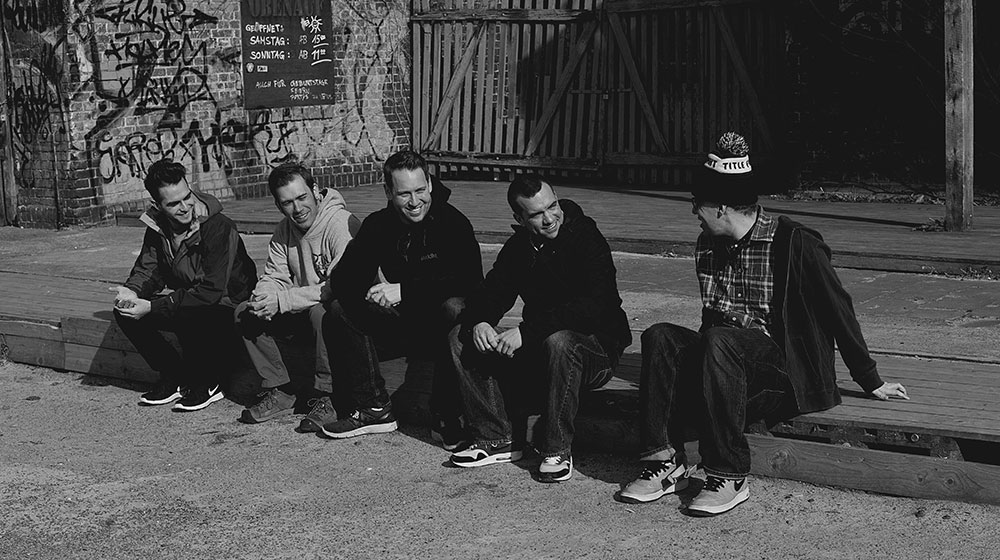 Hardcore is a young man’s game.

That, in as few words as possible, is why legendary Worcester band Bane is getting ready to walk away from the stage after relentlessly touring the world for the past two decades, says front man Aaron Bedard. All those years screaming and jumping from continent to continent have finally caught up with them.

“I think that’s part of what makes this music so special is that is primarily run by young, energized kids, you know, whose bodies maybe don’t give up on them quite as easily as ours do nowadays,” he says.

Before they go though, the band is set to release “Don’t Wait Up,” its fourth and final album on Tuesday, May 13, before embarking on yet another tour starting this Friday at the Worcester Palladium.

The band tapped Jay Maas of Defeater (another hardcore stalwart from the Hub) to produce its last 10 songs, which, Bedard says, are more emotional than anything the band has put out before but are rife with the aggression present in its celebrated earlier material.

“There were times when I was like, man, this is real throwback, this feels like classic Bane. Short songs. Songs that are gonna carry over real well live. I was happy to see us to do that.”

Though he’s spent the past 20 years articulating exactly how he feels through Bane’s lyrics, Bedard can’t quite pinpoint the word for how he’s feeling now that the band is entering its last days. But we got him to try anyway.

Q: You guys have been a band for like 20 years, so why stop now?

A: It just started to feel like we were getting close, you know? I’m still very young at heart, but my body doesn’t quite agree all the time, and I can feel us slowly losing a step a little bit more each and every year. It’s scary to think you may become that band that doesn’t know it’s past its time and people are muttering behind your backs “it’s not what it used to be.” And that’s always weighed pretty heavily on me.

Q:In this scene, bands come and go all the time. What about Bane has resonated with people to give you this type of longevity?

A: It’s always been a little bit hard for me to exactly put my finger on that, but I think that, if I had to choose one interesting thing about us, as a bunch of individuals that sort of made up a whole, it’s that we were all pretty consistently stunted as far as not being in too much of a rush to grow up and to let go of a lot of the whimsical, beautiful things that come along with being young and making a band and being excited about being a part of a scene like this. We just never stopped feeling that way.

For some reason, I’ve never been able to figure out how I got so lucky. And it wasn’t just me that felt this way, you know? Our guitar players, the dudes that formed this band, still are wide-eyed and excited about so much of this. We never let it become a business or a job. We never worried too much about popularity or what other bands around us were doing or accomplishing. We were just fucking psyched to be in a band and somehow two years turned into five and five turned into 10 and it just never stopped feeling that way. It still feels that way. It’s crazy to me. I feel like, whatever it is, I don’t know if we fed off each other or if we inspired each other a little, but I just never stopped feeling like I was 18 in this band.

Q:This being the last album, was it hard to write? Did you guys put more pressure on yourselves to go out with a bang or was it a more freewheeling process knowing this was it?

A: Nah, I think there was a pretty strong degree of pressure there, but I think that’s when we generally do our best work, and I think we tried to not let it be too heavy, but, as we got further and further into it, it’s just hard. We’re all pretty emotional kids that really are not afraid to wear our hearts on our sleeves. We were like seven songs in and like, Jesus, this is the literal last handful of songs we’re ever gonna write together.

There was some degree of pressure there just from ourselves to make sure we don’t walk away from this with a bunch of regrets. We just really wanted to fucking go for it.

Q:What was the conversation like within the band when you guys were deciding this would be the last album?

A: The beginning of last year, our longtime bass player Brendan Maguire had to leave the band. He was having a second child and knew there would be no way he’d be able to maintain the touring schedule that we would’ve needed him to. So we went all out to dinner, and going into it, I didn’t know how we were gonna come out of this. I mean, Brendan was a pretty big part of the band, and I wasn’t sure if we were gonna be able to move on without him. We discussed it, we decided, okay let’s do this. Let’s finish our obligations this year, which was 2013, and then, at the end of the year, we’ll announce that 2014 will be the final year for Bane, and we’ll sort of go everywhere one time within this year and say our goodbyes.

We decided to do that and then, in the middle of last summer, 2013, we’re on tour in Europe, and I started freaking the fuck out. I just started feeling like it’s way too soon, we’re not going to be able to do everything we want to do in 2014. I’m not ready for this to happen, a definite hard end date.

So, we were in Europe, we were at some big festival in Germany. We were having the best time, the shows were great, and I just started panicking. I called the boys together and said, “I don’t think I want to break up at the end of next year, I want to stay a band longer. I feel like it’s not enough time to do all the things we want to do. I still love this so much. What should we do?”

We said, well, we’ve got four months after this tour, the tour ended in July, we had August until November, and then we knew we’d have all winter to write a record and maybe that would give us a little bit of a new lease on life, bring some interest from the young kids back to the band. So, we decided we would do that, that we’d write the final record and that would give us a little longer to sort of do what we want to do on our terms.

Q:Are you more ready now to part ways with it?

A: Yeah, well now I have all of this year and I mean the record gave me – now we can wait to see what happens when the record comes out, see sort of what opportunities unfold for us. There is no hard end date for us anymore.

We could now potentially go until December of 2015 and have a chance to play our last show on the exact date 20 years to the day that we recorded our demo tape.

Q:Is that a goal?

A: If I get to call the shots, if they’re like “how do you want to end it?” I think that’d be pretty poetic. But I’m not the only voice in Bane.

Q:Do you think at all about any legacy Bane will leave?

A: I’ve been asked that question a few times, and it’s really hard for me to answer. While I was writing this record, that was a word that was in my head a lot and I really fought hard to push that word out and to not let any of the decisions that I’m making be affected by some idea of what I want the legacy of Bane to be. I just have tried to trust in the fact that it’s gonna be what it’s gonna be, and there’s gonna be a time when I look back on it when it’s said and done, and then I’ll be able to assess what the big picture said. Right now, I’m just trying to be honest and brave and real and do this band the best way that I can. I felt like that would be cheating it somehow if I started to make decisions based on the idea of a legacy.

The only thing that I’ve ever worried about is that we just stayed hardcore kids in a hardcore band, that we didn’t get too far ahead of ourselves, that we cared about the people who loved Bane the same way we care about the bands that we love. We never wanted to lose track of what it was like to be hardcore kids who just loved this music. There’s some responsibility to that, I believe.

That was it, I think we were nice kids, we were approachable, we stayed down to Earth. And, if that’s what people will say about us, more than anything else, then I will say mission accomplished.

Q:Have you had to kind of mentally prepare yourself for that moment when you walk off stage as the singer of Bane for the last time?

A: Yes. The short answer to that would be absolutely yes. And I’m doing it a little more every week that goes by. We went up and played a festival in Ottawa, Canada, on Saturday, and I can just already feel it, like, how many more times am I gonna get to have this feeling? I fucking love this so much.

I don’t know what it’s gonna be like when we’re actually going to places for the very last time. It’s gonna be very surreal. I’m not looking forward to it, but I’m ready for it.

Q:What do you think you’ll feel in that moment?

A: I don’t know, man. I don’t even know if there’s a word to describe it. I will feel some sort of deep loss. Some sort of insane feeling. Maybe it’ll be more a feeling of accomplishment. I don’t know. I’m afraid of it. I’ve given myself so completely to this and sort of almost walled myself off from a lot of opportunities in life just to be this kid in this band, and to have that lifted from me is gonna be fucking crazy.

Enter to win tickets to see Trio Da Kali at The Villa Victoria Center of the Arts (Newton, MA) on April 10th. END_OF_DOCUMENT_TOKEN_TO_BE_REPLACED

END_OF_DOCUMENT_TOKEN_TO_BE_REPLACED

Enter to win tickets to Rhye at The Paradise on February 28th. END_OF_DOCUMENT_TOKEN_TO_BE_REPLACED

Her new album has been pushed back, but we have Kimbra’s new single for you. END_OF_DOCUMENT_TOKEN_TO_BE_REPLACED

The folk duo returns with a new record this week. END_OF_DOCUMENT_TOKEN_TO_BE_REPLACED

Now that we’re done looking back at 2017, let’s look ahead at 2018. END_OF_DOCUMENT_TOKEN_TO_BE_REPLACED

Our first Song of the Week for 2018. END_OF_DOCUMENT_TOKEN_TO_BE_REPLACED

In a year when so many things were off, the music was right on. END_OF_DOCUMENT_TOKEN_TO_BE_REPLACED