I’m a Cop, What Are You So Upset About? 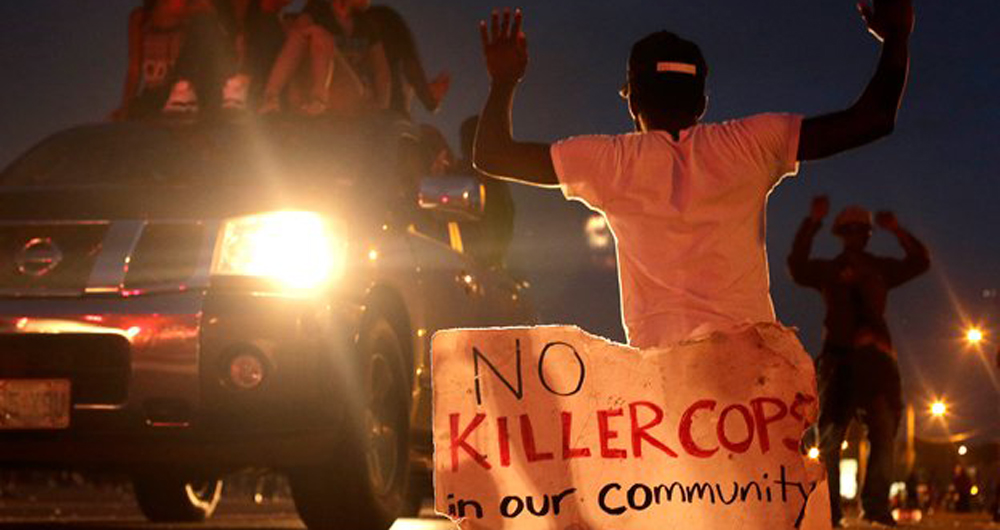 Oh, hello! I didn’t see you there, fellow human being with a pulse and probably a family or other such persons unknown to me that have a reasonable interest in your continued existence. You sure are lucky I didn’t blow your face clean off your body via the gun on my hip, what with my being a cop and all. Heh, we police really don’t like being sneaked up on, you know?

Really, we don’t like anything that might be out of our control. As my colleague, Sunil Dutta wrote in a wonderful op-ed in the Washington Post, just step back and shut up if you don’t want to be shot, tased, pepper-sprayed, struck with a baton or thrown to the ground. It’s that simple:

“Even though it might sound harsh and impolitic, here is the bottom line: if you don’t want to get shot, tased, pepper-sprayed, struck with a baton or thrown to the ground, just do what I tell you. Don’t argue with me, don’t call me names, don’t tell me that I can’t stop you, don’t say I’m a racist pig, don’t threaten that you’ll sue me and take away my badge. Don’t scream at me that you pay my salary, and don’t even think of aggressively walking towards me.”

While true, the burden of preventing your own extinction at my hands rests with you and you alone, it’s not like we police don’t take extra steps to find peaceful solutions to crises. As Dutta writes, we cops everywhere show restraint daily and “resolve incidents that could easily end up in serious injuries or worse.”

“Sometimes, though,” Dutta adds, “no amount of persuasion or warnings work on a belligerent person; that’s when cops have to use force, and the results can be tragic.”

Such was the case with Eric Garner.

Or When Officer Daniel Andrew of the California Highway Patrol beat the shit out of a 51-year-old homeless woman. Daniel could now face “potentially serious charges” for his role in defending himself against someone’s grandmother, but has been on paid administrative leave since his act of self-preservation. Politics!

And look, we aren’t so blind as to think all cops are good cops. I’m with Dutta when he acknowledges some of us are bullies, arrogant and corrupted by power.

But you should know, it’s not like we’re allowed to use excessive force with y’all! As Dutta explains, “The moment a suspect submits and stops resisting, the officers must cease use of force.”

So I’m really not sure what you’re all still so upset about.

I’m in my mid-twenties, and I’ve been working as a substitute teacher for the last couple years (I joined Teach for America right out of college). I know some of the girls in classes I teach have crushes on me — high schoolers aren’t very subtle — but I brush it off, because I’m not an idiot. Last week, however, I got a disturbing email from a girl in the English class I subbed for. Pictures were attached. You get the gist. What do I do about this situation? I obviously haven’t responded, but I’m afraid she might go Lifetime-movie on me. END_OF_DOCUMENT_TOKEN_TO_BE_REPLACED

Ridiculous doesn’t even begin to capture all that transpired, from the storm of emojis to the storming and barricading of Jordan’s house by a cavalcade of Clippers. END_OF_DOCUMENT_TOKEN_TO_BE_REPLACED

My friend has a dog, and she’s always been kind of half-assed about caring for it. I’ll see her out at a party or a barbeque all day long, so I know the dog is home alone, and sometimes she goes out right after she finishes a shift (she’s a waitress, so that might be pretty late), without even going home to feed the dog or let it out. The other day, though, I went over to her house and realized things have crossed a line. There were piles of dog feces in a couple of corners, and the entryway rug was soaked in urine when we walked in. She laughed it off and called the dog naughty, then cleaned up the poop and basically ignored it. I’m worried about the puppy, and about my friend; what kind of person does that to an animal? Should I call animal control on her? END_OF_DOCUMENT_TOKEN_TO_BE_REPLACED

My friend drives drunk. A lot. And not just “one drink too many” drunk, more like “in obviously rough shape” drunk. It not only makes me scared for her, it makes me angry: She could hurt herself or someone else, and there’s really no excuse in the era of Uber. I’ve tried talking to her about it, but she brushes it off or claims she won’t do it again, but then does, anyway. I’ve been tempted to call the cops on her just to get her to stop doing this. How do I convince her it’s not worth it before something terrible happens?  END_OF_DOCUMENT_TOKEN_TO_BE_REPLACED

Earlier this month, we posted a story about Rob, a man falsely accused of being a sex offender. END_OF_DOCUMENT_TOKEN_TO_BE_REPLACED

It’s also one that the NFL’s report can’t properly answer. Nor can the New York Daily News, despite its screaming front pages. END_OF_DOCUMENT_TOKEN_TO_BE_REPLACED