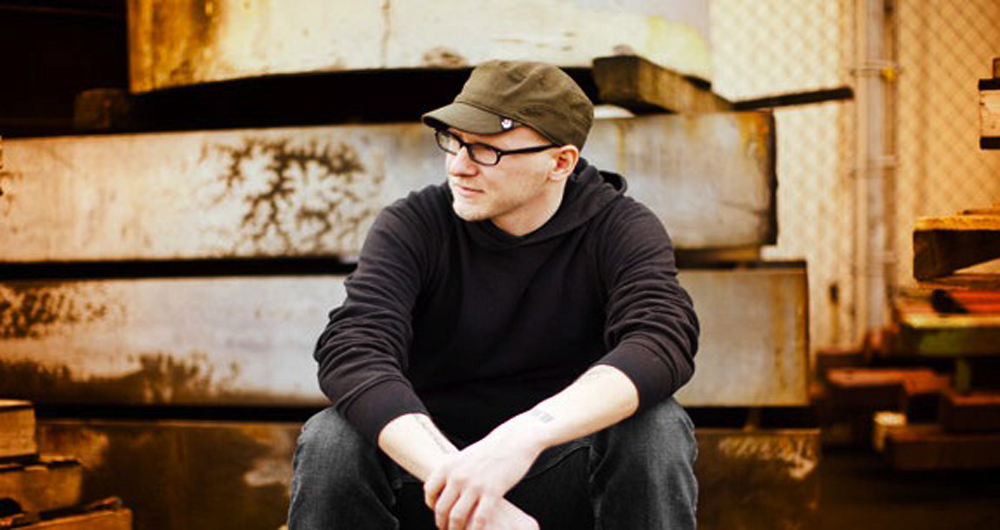 When Jason Trefts started booking shows for the Middle East in Cambridge a few years back, it didn’t seem to line up. Being a former musician himself, it’s not exactly a common reaction to want to try your hand on the other side of the deal. But for Trefts, who himself toured and booked shows internationally when he performed, carving out a space for local and national bands to play without getting duped by sheisty booking agents and publicity firms, seemed like second nature.

After working as social worker and teacher for a total of 12 years, Trefts made his segue into concert booking, where he has since created a name for himself based on his honest and hard-working nature. Now his company, Illegally Blind, stands as his ‘musical social work,’ encouraging bands to not only get to know each other but to get to know the business behind booking. Always one to lead by example, Trefts has based his entire booking career on creating a friendly and helpful dialogue between the artists and the venue– a notion that all too often gets muddled by greedy motivations.

After recently being named Church of Boston’s new booking agent, the seasoned musician-turned-promoter spoke with BDCwire about curating some of Boston’s finest shows as of late, and helping to build this city’s newly reinvigorated music scene.

Q: You were a musician first (see video below) then went into booking. How did your background as an artist help you prepare for this career?

A: Being a musician was the reason why I started booking because I got tired of seeing people that don’t make music, or don’t have the same values as musicians, controlling the destiny of musicians and the local scene. It’s informed me in a way that people who have not come from an artist’s background – scrounging for shows and making no money – do not understand.

Q: How did you first learn the ropes of the business?

A: I’ve always been an academic, I’m someone that studies everything. So I wasn’t the person that went into these situations not knowing things. From day 1 I was trying to figure out everything that was going on, even when I was just a musician. My music was primarily about anti-capitalism, so you can imagine when I was booking shows back then, I wasn’t going in there with my eyes closed.

Q: Do you think being a musician gives you insight now that sets you apart from other bookers?

A: Oh yeah, there is a big lack of transparency with some people. Those that are not artists, they don’t want to be upfront about where the money is going. It creates a division between the venue and the artists. In my opinion it’s hard to be successful if there’s feelings of contempt. With transparency, I’m able to create teamwork with artists; we’re working towards something together.

Q: What are your biggest goals going into Church?

A: I think there are a lot of people in Boston that are good at putting shows together, and with the artists, it’s tough to get your foot in the doorway at any venue. I want to give the community a person to talk to and have them know that I am going to talk back and give them the truth, I’m not hiding anything. I guess I really just want to take a general stance against what we all know happens to artists when they try to get booked at venues. I want my events to stand on their own. I want people to look at the shows I put together and say, ‘Yeah, you know, some thought was put in to curating this event.’

Q: How do you go about curating your shows? What are you looking for in the bands you book?

A: I try as hard as I can to be open to the whole community’s stance on something. There’s acts I really want to push through, so I can’t deny personal taste plays into it all, but at the end of the day it’s more, ‘Are people in the community supporting you or will they?’ If I meet people and they are nice and good musicians, that goes a long way with me. Anyone that has an entitled attitude, I just don’t really want to book those people. I’ve spent countless hours making Illegally Blind something out of nothing, and if I’m putting in that work to help someone and they are giving me a bad vibe it feels weird to me.

Q: Why do you think it’s a good time for music right now in Boston?

A: I think it’s a good time for music in general; with rock music and DIY anything, community vibes are easy to spread. Any genre of music that is open to building a community is really thriving right now here in Boston. In order to make a scene thrive we need every single layer working together.

Enter to win tickets to see Trio Da Kali at The Villa Victoria Center of the Arts (Newton, MA) on April 10th. END_OF_DOCUMENT_TOKEN_TO_BE_REPLACED

END_OF_DOCUMENT_TOKEN_TO_BE_REPLACED

Enter to win tickets to Rhye at The Paradise on February 28th. END_OF_DOCUMENT_TOKEN_TO_BE_REPLACED

Enter to win a pair of tickets to attend The Hess Collection Seminar and Dinner as part of Boston Wine Festival 2018 at the Boston Harbor Hotel on Wednesday, March 14th. END_OF_DOCUMENT_TOKEN_TO_BE_REPLACED

Her new album has been pushed back, but we have Kimbra’s new single for you. END_OF_DOCUMENT_TOKEN_TO_BE_REPLACED

The folk duo returns with a new record this week. END_OF_DOCUMENT_TOKEN_TO_BE_REPLACED

Now that we’re done looking back at 2017, let’s look ahead at 2018. END_OF_DOCUMENT_TOKEN_TO_BE_REPLACED

Our first Song of the Week for 2018. END_OF_DOCUMENT_TOKEN_TO_BE_REPLACED