Iggy Azalea, Fear of Men, more albums out this week 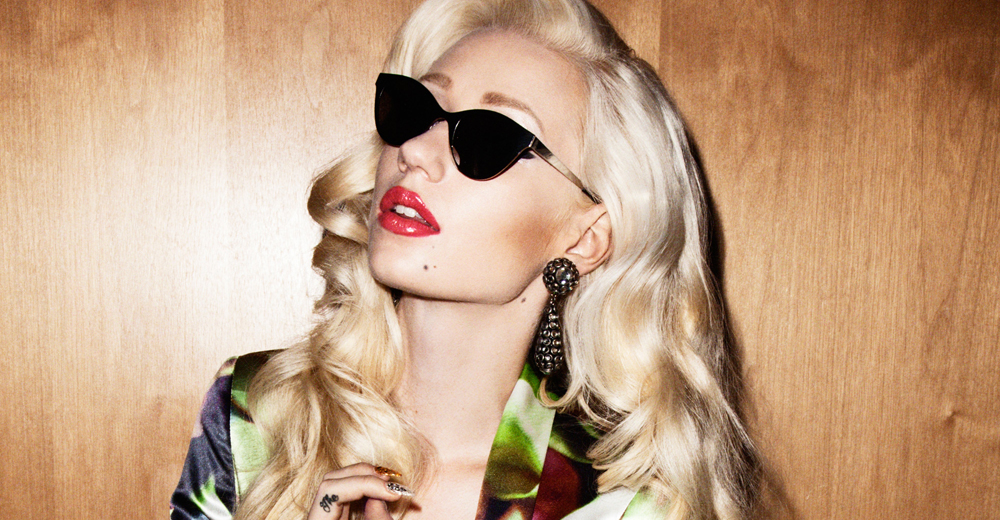 It’s a big week for pop, or hip hop, or whatever you want to call it. Regardless, chances are you’ll be hearing some of it well into the summer, so get yourself acquainted soon.

Iggy Azalea is well on her way to becoming one of the biggest faces in pop music. Like Madonna, Lady Gaga, and other singing fashionistas before her, the Australian’s tunnel vision towards the next level will work in her favor as both a style icon and a pop-hip hop crossover act. What sets her apart is that her shtick is both more focused, hitting audiences with the attitude and intense, almost intimidating style of Nicki Minaj while luring in safer listeners with more power pop sensibility. Azalea will push buttons to push buttons, and it’s likely many will eat her up without even really listening to her music. But those who dive into “The New Classic,” will be pleased to find a patchwork of colorful production, Kanye-style ego rap, and summer-soundtracking buzz rap jams that will easily jump to the forefront of American music culture.

While bands like Best Coast and Vivian Girls were leading a massive wave of female-fronted bands to success a few years ago, Fear of Men was one of the more quiet contributors. Now in 2014, Best Coast has become trite, Vivian Girls have broken up, and Fear of Men is looking stronger than ever with “Loom” set to release. What sets the British band apart is its cleaner, more regal approach to punk. Their breed of jams reads almost as an art rock form, choosing to display lyricism and harmony instead of muddying up chords with reverb and distortion. Those who latched on to the Hospitality album from earlier this year will probably enjoy the heck out of this one.

Atlanta rapper Future has received nods of approval from the industry’s best, from Kanye to Drake to Pusha T. It’s no surprise then that “Honest” would feature an all-star cast of special guests, which may just be the album’s best quality. Don’t be mistaken, Future is a talented guy, but one of his greatest talents is to blend his auto-tuned southern vibe with other styles from across the world of rap. His flow is melodic, but cut-throat, a fine cross between the excitement of ATL contemporaries Migos and laid back boss 2 Chainz. “Honest” will be a hit machine that will keep a level of rapport with mixtape enthusiasts.

Philly is currently where pop punk goes to come alive. The Menzingers are currently one of the acts from the City of Brotherly Love keeping the pop punk heart beating hard. “Rented World” may be the effort this band needs to get same notoriety as acts like Swearin’ and All Dogs, but could also strike audiences in a different way. The vocal style of lead man Greg Barnett takes on a much greater range than today’s dirtier forms of punk, giving it almost an emo quality that could crossover into more radio-friendly pop spheres as well.

Brooklyn’s TEEN, the project of ex-Here We Go Magic keyboardist Teeny Lieberson encapsulates much of the left-brained craft of her previous band, while adding more power pop aesthetic to the overall equation. With a lead track that almost reaches the six minute mark, “The Way and Color” doesn’t skimp on the experimentation, but still finds ways to jam into various graspable genres, bridging the pop sensibility of The Breeders with the off-beat soul of tUnE-yArDs.

Enter to win tickets to see Trio Da Kali at The Villa Victoria Center of the Arts (Newton, MA) on April 10th. END_OF_DOCUMENT_TOKEN_TO_BE_REPLACED

END_OF_DOCUMENT_TOKEN_TO_BE_REPLACED

Enter to win tickets to Rhye at The Paradise on February 28th. END_OF_DOCUMENT_TOKEN_TO_BE_REPLACED

Her new album has been pushed back, but we have Kimbra’s new single for you. END_OF_DOCUMENT_TOKEN_TO_BE_REPLACED

The folk duo returns with a new record this week. END_OF_DOCUMENT_TOKEN_TO_BE_REPLACED

Now that we’re done looking back at 2017, let’s look ahead at 2018. END_OF_DOCUMENT_TOKEN_TO_BE_REPLACED

Our first Song of the Week for 2018. END_OF_DOCUMENT_TOKEN_TO_BE_REPLACED

In a year when so many things were off, the music was right on. END_OF_DOCUMENT_TOKEN_TO_BE_REPLACED