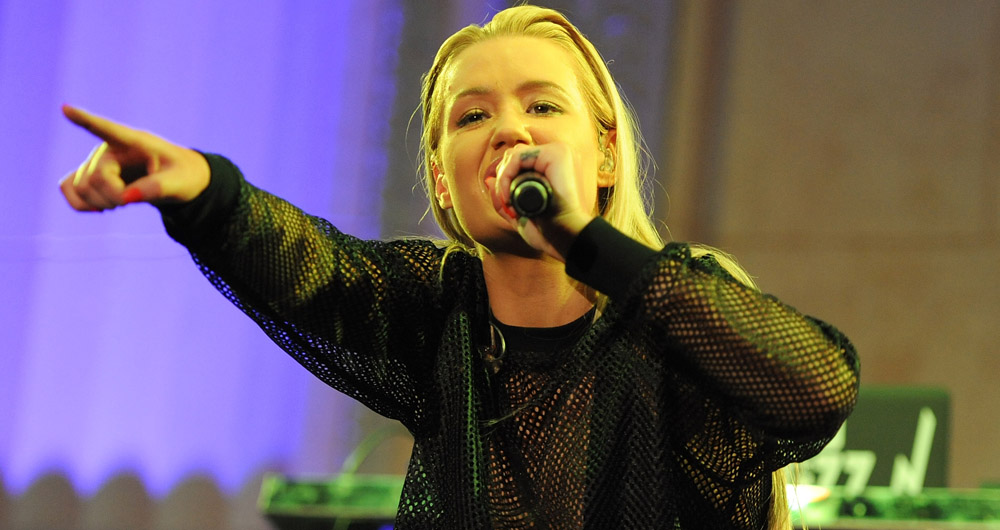 Letterman is on vacation this week, so if you’re old, you’re going to have to watch Fallon and complain about the “kids these days.” Unfortunately, “The Daily Show,” Colbert, and Conan are all on Spring Break as well, but you may still be in luck with some of the newcomers.

Australian pop rap superstar Iggy Azalea is one of the most exciting new names in music. You may know her from latest hit “Work,” from collaborations with Charlie XCX, or from her unbeatable style, but if you don’t already know her, be ready for Azalea to be on your radar sooner rather than later. She will hit Boston soon as well, with a date lined up at House of Blues on April 24.

“Pumped Up Kicks” happened a long-ass time ago at this point. With a new album, “Supermodel,” out tomorrow, the band hopes to recapture America’s hearts, hopefully with songs a bit more lighthearted.

Sam Smith is Britain’s latest voice of gold. He rose to fame after being featured on Disclosure’s hit “Latch,” but he’s got a certain dose of soul that will translate with fans that don’t necessarily see eye to eye with electronic music.

Your friend from New York’s parents’ favorite singer, Billy Joel will stop by Fallon as both a guest and as the musical performer. The piano man himself will be at Fenway this summer on June 26, but if you want a ticket, you’re going to have to sell your kidney or first-born. But at least you’ll get an act that plays more than just ’80s Joel.

Latest Taylor Gang rapper, Los Angeles-based Ty Dolla $ign launched after being featured on YG’s 2010 hit “Toot It and Boot It.” Now, after a handful of mixtapes and last month’s release of his “Beach House EP,” the lyricist stops by Fallon to set your Friday off right.

The Tarantino favorite will star on Fallon Monday night, likely to discuss her role in “Nymphomaniac,” the new five-and-a-half hour Danish drama directed by Lars Von Trier. That description may not jump at you, but the film also stars Charlotte Gainsbourg, Shia LeBeouf, and Christian Slater among others, so at least there’s that.

The Lexington-born comedian may be most recognized at this point for being the voice behind Gene on “Bob’s Burgers,” but if you’re yet to check out any of his stand-up work, you’re missing out. After doing a set on Seth Meyers’ show, Mirman will be in Boston for four straight nights at the beginning of May.

Greg Kinnear has done great work on films that range from “Little Miss Sunshine” and “As Good As It Gets” to the lesser known Farrelly Brothers flick, “Stuck On You.” Kinnear is now the man at the lead of Fox’s new series, “Rake,” where he plays an unsteady criminal defense lawyer.

When you think of Kevin Bacon, do you think of “Footloose”? “Mystic River”? Well when Kevin Bacon thinks of the ’80s, apparently he remembers the comfort of parachute pants and skating through Blockbusters.

Lena Dunham is usually the one getting the spotlight when it comes to “Girls,” but the actress who plays Shoshanna will get a little face time this Friday on “Late Night.” Also, apparently Mamet just bought a million dollar pink apartment in Bushwick and now a bunch of hipsters are really upset.

Always a pleasure to have Boston.com’s Perry Eaton in studio for a chat. After we talked a bit about Pearl Jam at Fenway and Perry’s new podcast, he filled us in on Game of Thrones live and Narragansett’s new Bananagrams-themed brew. END_OF_DOCUMENT_TOKEN_TO_BE_REPLACED

No, not from afar, from the comfort of her couch. From the actual awards themselves. That’s where Meredith Goldstein was for the Oscars. She shared all the juicy, first-hand details with me. END_OF_DOCUMENT_TOKEN_TO_BE_REPLACED

It was wonderful having our good friend Meredith Goldstein back in studio this morning. She dug into the latest edition of Love Letters, which prompted us to play this song. And of course we had to discuss the Oscars. Make sure you’re following Meredith on Twitter, as she’ll be live-tweeting the awards this Sunday night. END_OF_DOCUMENT_TOKEN_TO_BE_REPLACED

Our first edition of TV Sets for 2016 might be better than every edition from 2015. END_OF_DOCUMENT_TOKEN_TO_BE_REPLACED