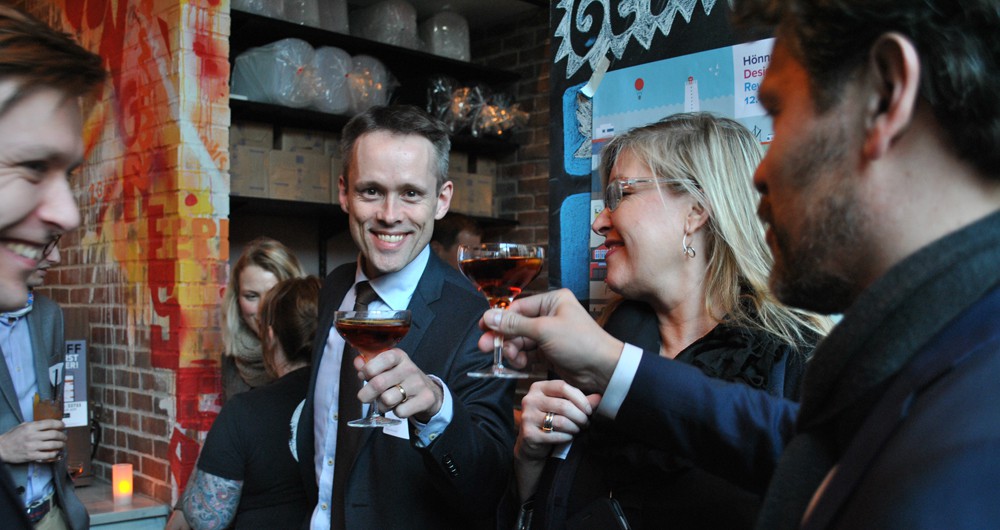 As most of us prepare to revel in whatever minute Irish connection we can tell ourselves we have, another national force is descending upon the city.

Taste of Iceland, a marketing strategy that is part of a multi-pronged effort to bolster Iceland’s tourism industry, is bringing the nation’s film, music and food to the city. The campaign kicked off on Thursday with a special “VIP” tasting, where journalists (many of them food bloggers) were invited to gather at Tavern Road in Fort Point to taste the special menu that would be available throughout the weekend.

As a journalist, I get plied with offers and requests to try this restaurant or review that band. It’s a blessing and curse, and ultimately something that most of us view with extreme skepticism: I know that this looks cool, but I also know that something it being sold to me. And even as I’m plied with free cocktails made with Icelandic vodka and serenaded by Beebee and the Bluebirds, whose bluesy croon could rival any of ours here, I have to check myself– There’s almost no chance I’d be in this ritzy bar in this neighborhood if it weren’t for this PR romp. 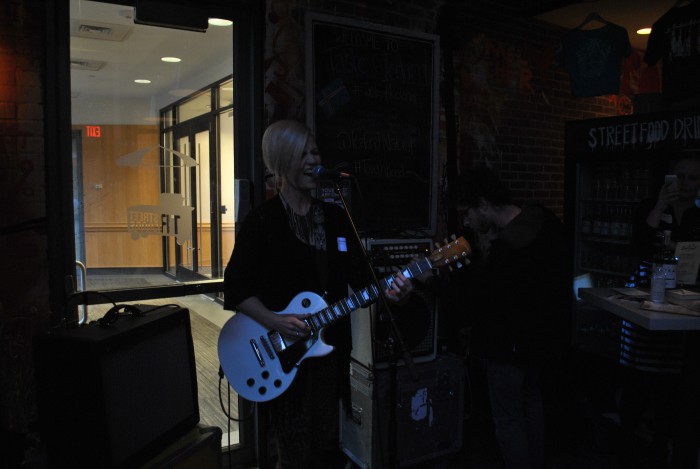 Living in a country that suffered from the global financial crisis of 2008, it’s hard to think that Iceland, whose banking failure made it one of the most hard hit countries of the time, could sink so much money into flying bands, artists, chefs and even the mayor of Reykjavik to cities across North America.

It seems like a leap of faith, an expensive venture that might be more accurately called “Bait of Iceland” in its hopes to attract North American tourists. But it’s an effective one: This continent is now one of Iceland’s biggest markets, and the high appeal of Iceland as a travel destination has grown from 17 percent to 49 percent in the last fifteen years, according to market research conducted by Iceland Naturally, which oversees campaigns like Taste of Iceland. 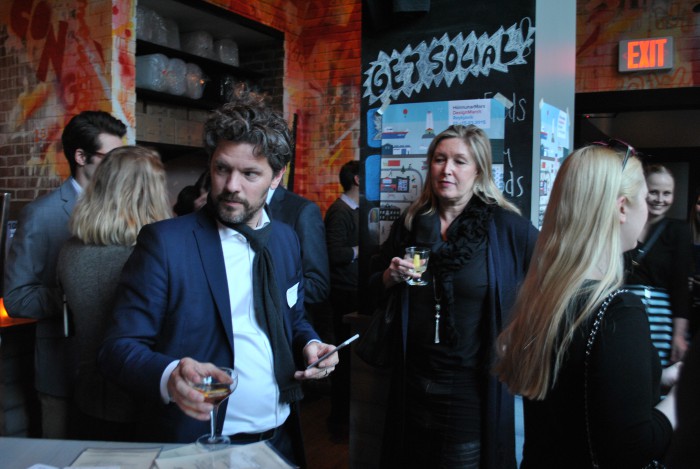 This is a testament to Iceland as well as Iceland’s smart marketing strategies. Outside of Taste of Iceland, the tourism board has overseen a number of unconventional campaigns. Last year, Taste of Iceland integrated a crowdsourcing campaign under the hashtag #IcelandSecret, which invited Icelanders and outsiders alike to share their appreciation for a little known aspect of their corner of the island. The campaign ended in 2014, but people are still posting under the hashtag. In an even more eccentric corner of Iceland’s tourism playbook is the Tumblr “Iceland Wants to Be Your Friend.” One look at the page and you’ll have it pegged as a cross between a fan site and a parody account, but it’s actually the result of a public-private partnership that informs Iceland’s tourism marketing. The attempt is earnest and approachable.

“Well, I guess that’s just very Icelandic,” says Kristjana Guðjohnsen, who helps run the Iceland Natural marketing initiatives. She says that the nitty gritty of Iceland’s many tourism faces can get a little complicated, but that their biggest objective is to be authentic. That’s why they’ve come all this way to show you some of their culture; they don’t really see the need to sell Iceland as much as raise awareness. And as for the more eccentric campaigns?

“The quirky thing is also very Icelandic, yes,” she says. 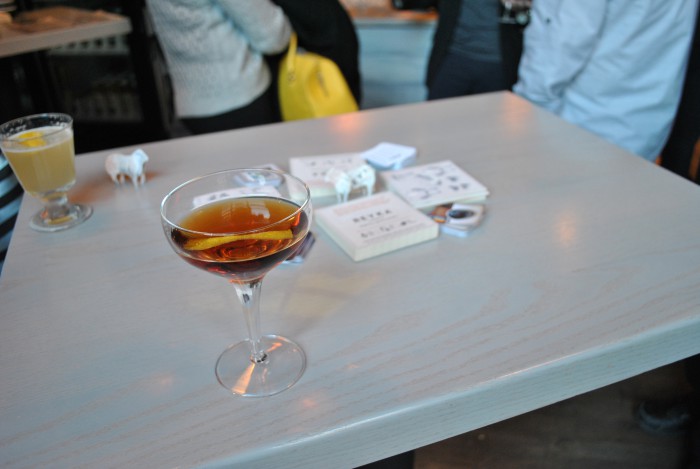 I don’t want to buy into it. I know what they’re trying to do, and I don’t want to be hoodwinked. I want to find a flaw in their design, to peel back the facade and find a hungry money grabbing man behind it. This is what it’s like to live in America: They’ll do anything to sell you something. But what’s different about Iceland’s tourism campaigns is that they’re not just affable; they’re also authentic. When Kristjana gets on the mic to formally kick off the tasting, her hands tremble despite the fact that she travels internationally to do just this: promote her country. The mayor of Reykjavik is in attendance, as is the trade commissioner from the Icelandic consulate, who in a casual moment over a cigarette, sings praises about the Middle East in Cambridge.

It’s true that at the end of the day, Iceland’s tourism tactics are geared toward someone exactly like me: Millennial, social media savvy, adventurous and educated. Which is why I want to reject it completely. And also why I might find myself trying to go to Iceland.

END_OF_DOCUMENT_TOKEN_TO_BE_REPLACED

Enter to win a pair of tickets to attend The Hess Collection Seminar and Dinner as part of Boston Wine Festival 2018 at the Boston Harbor Hotel on Wednesday, March 14th. END_OF_DOCUMENT_TOKEN_TO_BE_REPLACED

I referred to it as the “best kept secret” in Boston arts for the holidays. END_OF_DOCUMENT_TOKEN_TO_BE_REPLACED

Boston’s arts scene shines at this time of year. END_OF_DOCUMENT_TOKEN_TO_BE_REPLACED

It’s so much more than a holiday show. END_OF_DOCUMENT_TOKEN_TO_BE_REPLACED

Rock for a cause this holiday season. END_OF_DOCUMENT_TOKEN_TO_BE_REPLACED

Get out and see a show this holiday season, and save some money when you do. END_OF_DOCUMENT_TOKEN_TO_BE_REPLACED

You can help give the gift of music to kids in need this holiday season. END_OF_DOCUMENT_TOKEN_TO_BE_REPLACED

Be honest: when’s the last time you attended a Gala? END_OF_DOCUMENT_TOKEN_TO_BE_REPLACED

The October staple returns on the 21st. END_OF_DOCUMENT_TOKEN_TO_BE_REPLACED