‘I was like Serena Williams’: The tennis star’s biggest little fan says she plays like the champ 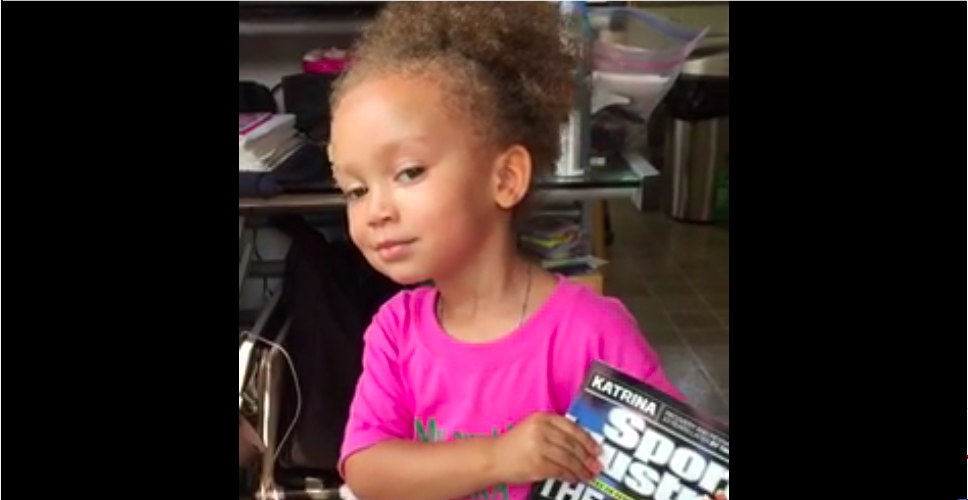 Serena Williams is currently facing off against Roberta Vinci in the semifinals of the U.S. Open. If Williams defeats Vinci, she will have won each of the four major tennis competitions this calendar year, awarding her a much-sought-after Grand Slam title.

There’s no doubt that teeny-tiny Mykal-Michelle Harris is cheering her on along the way. The little girl has made a big splash on the Internet, proving to America that she is definitely Serena Williams’s number-one fan–and possibly her future competitor.

In a video posted by her mom, Kimberly J. Harris, on September 3, Mykal-Michelle (aka “Mimi”) told the world how she’s just like tennis superstar Williams, talking about her own affinity for tennis.

According to Mimi, her dad was the one who told her she was like Williams.

Kimberly told ellentv.com that the Harris family watches ESPN regularly and is tracking the U.S. Open. And they’ll be tracking it closer than they may have originally thought–she was served up two tickets to the U.S. Open, autographed merch, and a personalized, signed letter from Serena.

Well, Serena saw her. And she's going to the US Open. #LikeSerenaWilliams #BlackGirlMagic pic.twitter.com/sxg0sl6iOD

Looks like Serena isn’t worried about Mimi taking her spot as the best tennis player alive–yet. According to Mimi, who talked about her love for the athlete on ellentv.com, she may someday be the one vying for a Grand Slam title.

Kimberly posted on Facebook earlier today that she and Mimi are at the U.S. Open and are ready to watch Serena play–in style.