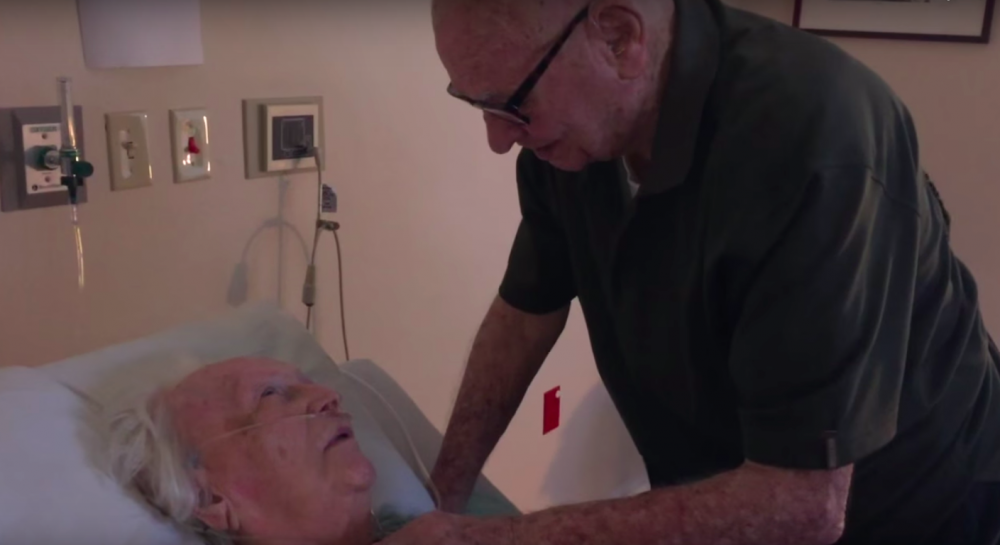 Howard and Laura Serena have been married for 73 years, and a certain song has soundtracked their love from the very beginning.

In a video posted to Youtube that’s been viewed more than 3 million times, Howard is seen crooning to his ailing wife as she lay in bed. Howard has severe dementia and Laura is nearly blind.

This was no random choice of song either. Back when Howard was serving in World War II, Laura often sang the lyrics of “You’ll Never Know” to herself to cope with the distance between her and her husband. More than seven decades later, the song still means just as much to the couple.

“You have all lifted our spirits,” Erin Solari, granddaughter of Howard and Laura, commented on the video’s page. “My family thanks you as well. We are so thankful to have this moment, and even more thankful that it has touched so many people.”

Their spirits have, indeed, been lifted: Laura’s condition improved enough that she was discharged from the hospital, allowing her to live out the rest of her life at home.