‘The Hunger Games’ May Be Getting Even More Sequels (and Prequels) 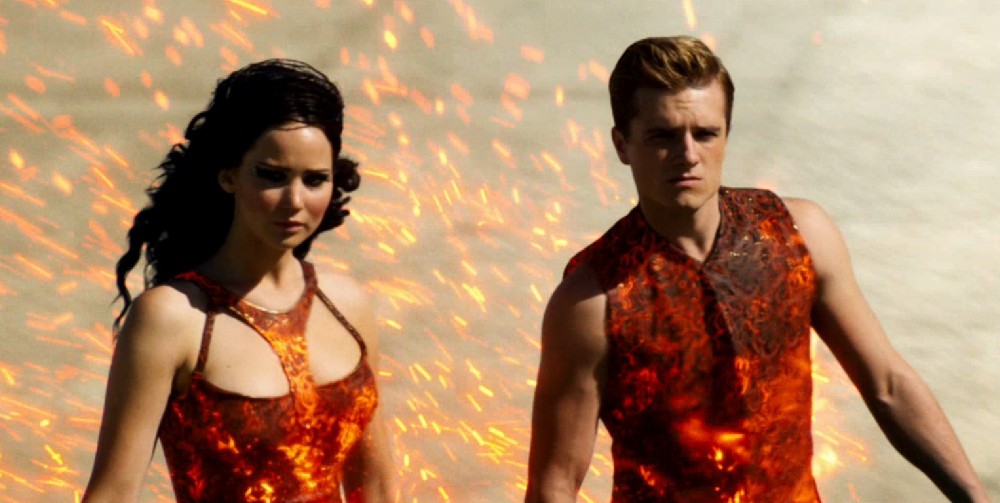 The odds appear to be ever in the favor of The Hunger Games franchise getting even more movies beyond this year’s third sequel.

The Hunger Games: Mockingjay Part 2 will conclude the insanely successful blockbuster when it premieres later this year, but according to Deadline, Lionsgate CEO Jon Feltheimer announced he is “actively looking at some development and thinking about prequel and sequel possibilities.”

No further details have been released, and there is no indication as to whether actors Jennifer Lawrence and Josh Hutcherson will reprise their roles in the proposed films. But let’s face it, it’s going to be hard to move ideas forward without the dynamic duo.

While it is understandable why talks about continuing the series are happening, it’s hard to say if a sequel specifically is a good idea or not. More often than not, when storylines are extended they frequently miss the mark. (The Hangover 3, anyone?)

With that said, the possibilities of what direction a Hunger Games sequel will go are endless.

A prequel could be interesting, as it would serve as supporting elements to the original trilogy. Perhaps fans could witness the formation of Panem, or what really happened during the war — a battle we know very little about. Perhaps there will even be a glimpse into how President Snow came into office.

But that’s not all Lionsgate announced today. There will be a world premiere of The Hunger Games: The Exhibition — a traveling exhibition that features props, costumes and everything in between that helped breathed life into the films.

According to Jenefer Brown, Lionsgate Senior Vice President of Location Based Entertainment, the studio is “thrilled to be launching this first ever interactive experience that will serve our global fan base and attract a new audience to the powerful Hunger Games franchise.”

“The Hunger Games: The Exhibition offers visitors an unparalleled experience and brings them closer to the world of Panem,” Brown said. “Through a dynamic series of interactives, never before seen content, and immersive environments, guests will connect to The Hunger Games in a one-of-kind experience.”

In the meantime, the last episode will make its debut in theaters on Nov. 20.

Golden Globe and Emmy nominee Benjamin Wallfisch is the composer responsible for the score of the hit movie IT. I talked to Ben about his approach to scoring the new version of this iconic story and his thoughts on film and music overall. Some very insightful commentary; listen in. END_OF_DOCUMENT_TOKEN_TO_BE_REPLACED

Rupert Gregson-Williams is an award-winning film composer. He just so happened to compose the score for this summer’s big blockbuster Wonder Woman. We talked about his beginnings in film scoring, film scores that move and inspire him and, of course, Wonder Woman. END_OF_DOCUMENT_TOKEN_TO_BE_REPLACED

Jeff Rapsis is a New England-based composer and performer. Lately, he’s been creating live musical scores for silent film screenings. I talked to him about his process and a few of his upcoming performances at The Capitol Theatre in Arlington and the Somerville Theatre. You can keep track of where else Jeff is scoring silent films here. END_OF_DOCUMENT_TOKEN_TO_BE_REPLACED

Planning on seeing Rogue One: A Star Wars Story when it opens this weekend? I joined Adam 12 to give you an idea of what to expect. But don’t worry, I didn’t give anything away. END_OF_DOCUMENT_TOKEN_TO_BE_REPLACED

No, not from afar, from the comfort of her couch. From the actual awards themselves. That’s where Meredith Goldstein was for the Oscars. She shared all the juicy, first-hand details with me. END_OF_DOCUMENT_TOKEN_TO_BE_REPLACED

To celebrate the opening of ‘The Force Awakens,’ I had some very special guests in studio to start the Thursday, December 17 edition of The Brink. Listen. END_OF_DOCUMENT_TOKEN_TO_BE_REPLACED

Watching the new Star Wars trailer a million times gave us all sorts of feels. And one of those feels was nostalgia. END_OF_DOCUMENT_TOKEN_TO_BE_REPLACED

END_OF_DOCUMENT_TOKEN_TO_BE_REPLACED

If you’ve finally finished crying over Inside Out — or Lava, the short that ran before it — Pixar is readying another assault on your tear ducts with The Good Dinosaur, if its newly released trailer is any indication. END_OF_DOCUMENT_TOKEN_TO_BE_REPLACED