How true were Carly Fiorina’s comments about Planned Parenthood? 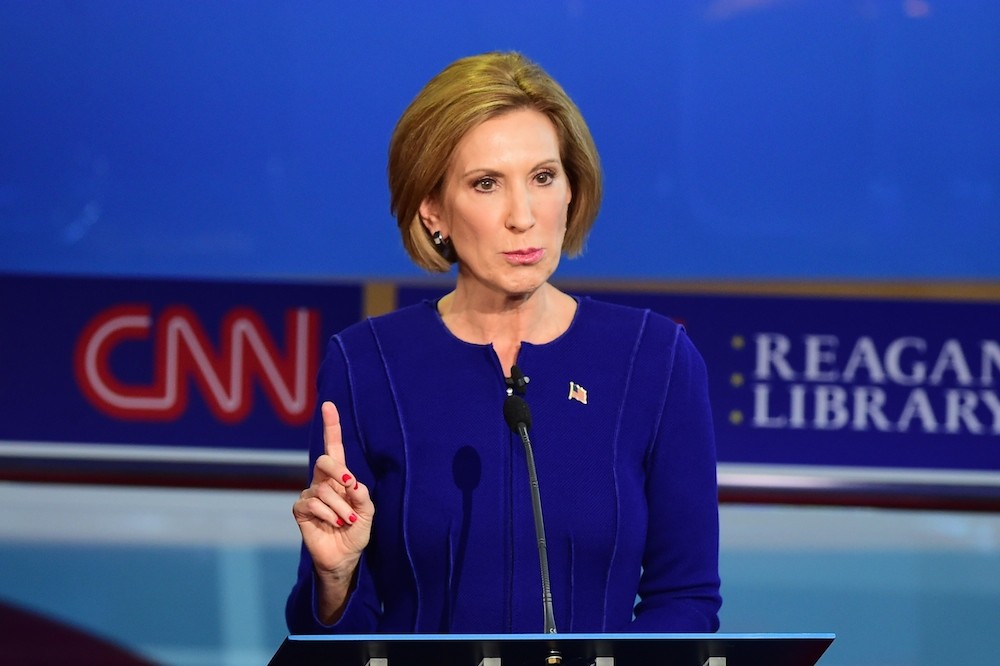 While Fiorina’s comments were popular among the debate audience and the viewing public — Twitter said it was the second-most tweeted moment of the debate at one point — many people questioned whether they were actually true.

Fiorina called on Hillary Clinton and Barack Obama to watch videos posted by the Center for Medical Progress, an anti-abortion group that released unauthorized footage recorded undercover at Planned Parenthood.

“I dare Hillary Clinton [and] Barack Obama to watch these tapes,” Fiorina said. “Watch a fully-formed fetus on the table, its heart beating, its legs kicking, while someone says, ‘We have to keep it alive to harvest its brain.’ This is about the character of our nation.”

Several fact-checkers called Fiorina out for misconstruing the clip.

Slate’s Amanda Marcotte, citing an article on Vox on the same topic, wrote, “There is nothing in the videos made by CMP, either in the edited or full-length versions, that has anything approaching images of legs kicking or hearts beating.”

That’s not entirely true, either.

Of the videos released by CMP, there is one that features extremely graphic footage of a fetus whose leg kicks. (The footage is at the 5:57 mark of this video, but it’s not for the faint of heart.)

However, the footage is not from Planned Parenthood. It’s a piece of stock footage from the Grantham Collection, a nonprofit that makes grisly photos and videos of abortions publicly available for use in anti-abortion efforts.

As for Fiorina’s claim about someone wanting to harvest the brain of the fetus, she is likely referring to the portion of CMP’s video immediately preceding the Grantham Collection’s clip. It features a woman identified as Holly O’Donnell, an ex-technician for StemExpress, described on its website as a company that “fuels regenerative medicine and translational research by supplying human specimens to biomedical researchers around the world.”

In the video, O’Donnell claims she witnessed a barrage of grisly and possibly illegal practices by Planned Parenthood. In one instance, she says that an employee called her over to show her “something cool,” at which point that employee tapped a fetus on the chest, restarting its heart.

“I’m sitting here looking at this fetus, and its heart is beating, and I don’t know what to think,” O’Donnell says in the video. She then says her supervisor told her that because the fetus was well-preserved, they would procure its brain.

Whether O’Donnell is telling the truth is unclear, but there is no footage in CMP’s video that supports her claim. The stock footage from the Grantham Collection is used by the CMP as a visual aid for O’Donnell’s story, but the footage and O’Donnell’s story are not connected, as Fiorina claims.

This morning, Fiorina doubled down on her debate statement in an interview on Good Morning America with George Stephanopoulos.

“There’s a lot of commentary about these tapes being doctored,” Fiorina said. “In fact, that’s what the mainstream media keeps talking about is the tapes and their origin. Rest assured, I have seen the images I talked about last night. Rest assured, human lives are being aborted fully-formed to harvest body parts.”

Investigations of Planned Parenthood by five different states after the CMP videos were released found no wrongdoing by the organization.