How to stay positive: Musician diagnosed with cancer’s advice 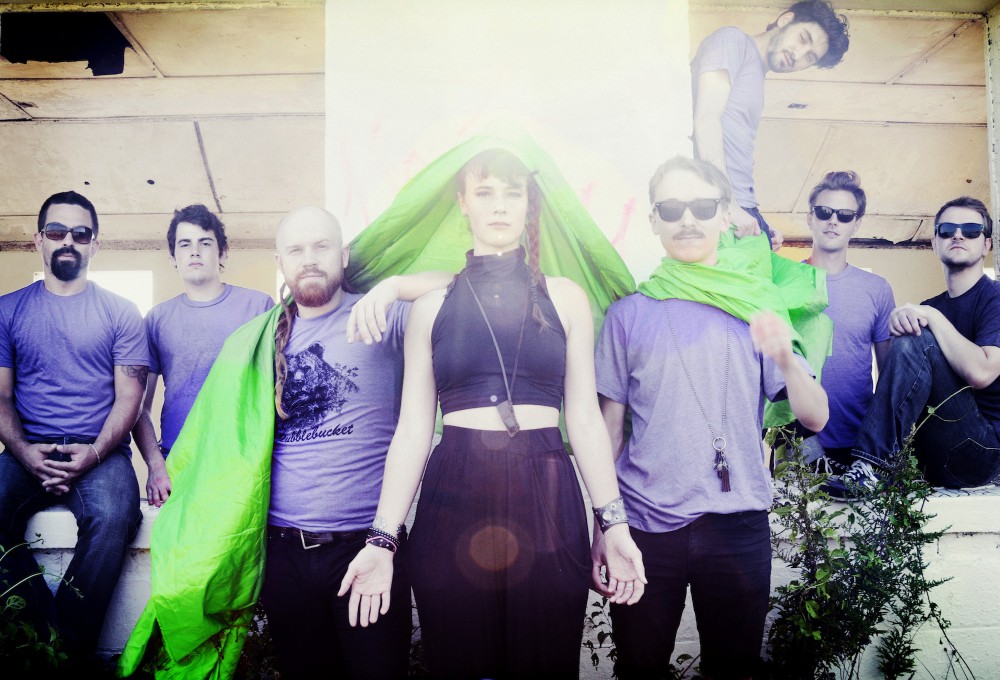 Bummed about the sun setting at 4:30 p.m. and winter approaching? If there’s anyone who knows how to remain positive, it’s Kalmia Traver, a Vermont-bred musician who was diagnosed with ovarian cancer in July. The frontwoman of Rubblebucket, 29, has battled her way back to the live stage after months of surgeries and treatment and the band, now based in Brooklyn, even put out a new EP last month called “Save Charlie.” Rubblebucket plays The Paradise tomorrow night to kick off a short tour. Traver is full of positive vibes, not just in Rubblebucket’s eclectic and catchy dance-pop, but in her generally jovial attitude toward life. Here, she tells us how to live.

I had the most incredible amount of love and support coming from family and friends, but also such an outpouring of support from our fans, which really changed my life in a big way. I felt like I had this secret weapon on my side. It’s amazing how much support comes and can affect you in a time of need. I think before I was diagnosed, I kind of expected that that would be the case, but then being able to see that action happen and be on the receiving end, was heartwarming to the extreme.

Expressing your dharma and love through music can be a vehicle to attract other people who are going through similar things in their lives. I think that’s why music was at the center of this whole experience for me.

I like to think that music has anti-gravitational properties. It makes you lighter than you really are, and if truly felt, it can lift you up off of your feet.

I’ve gotten some really uplifting notes from people, even from some who I may have just met once or twice at the merch table after a show, but they contacted me to share their own battles with cancer. One woman who is a Rubblebucket fan who survived cancer sent me a quote that resonates in my head so much. She has all of these scars from her own cancer and she said, “Don’t think of them as a bad thing. Think of them as signs that you’re still alive.” Every scar is just a marking of survival.

If there’s anything positive that came from it, I think it’s that it brought me to the Earth in a way that I think I really needed at that moment. It connected me with high school friends and led me to get in touch with people I hadn’t talked to in a long time.

One of the big tools of living that I think separates positive people from negative people is exercise. It can just be so hard to get up and do it, so for me, I try and find exercises that are fun and not too hard. My favorite is jazzercise, or as I like to call it, “powercise.” I don’t follow any videos or anything, I just put on music really loud and stand in front of a mirror and dance. But I make goals for myself, too, like, “I have to dance for two whole songs without stopping,” or, “I’m going to do something really hard until the first chorus, and then take a little break in the second verse.”

The first initiating moves of yoga, like the sun-salutation — that can change your life.

Caffeine is pretty amazing, and I never used to like it, but I have totally embraced it in my life, and I think that having it in moderation is one of the most beautiful parts of my day. I drink a lot of types of Chinese tea and that’s my treat for myself every day.

Enter to win tickets to see Trio Da Kali at The Villa Victoria Center of the Arts (Newton, MA) on April 10th. END_OF_DOCUMENT_TOKEN_TO_BE_REPLACED

END_OF_DOCUMENT_TOKEN_TO_BE_REPLACED

Enter to win tickets to Rhye at The Paradise on February 28th. END_OF_DOCUMENT_TOKEN_TO_BE_REPLACED

Her new album has been pushed back, but we have Kimbra’s new single for you. END_OF_DOCUMENT_TOKEN_TO_BE_REPLACED

The folk duo returns with a new record this week. END_OF_DOCUMENT_TOKEN_TO_BE_REPLACED

Now that we’re done looking back at 2017, let’s look ahead at 2018. END_OF_DOCUMENT_TOKEN_TO_BE_REPLACED

Our first Song of the Week for 2018. END_OF_DOCUMENT_TOKEN_TO_BE_REPLACED

In a year when so many things were off, the music was right on. END_OF_DOCUMENT_TOKEN_TO_BE_REPLACED