How to Fill Your Holidays With Anarchy & Chaos: A Subversive Christmas Movie Guide 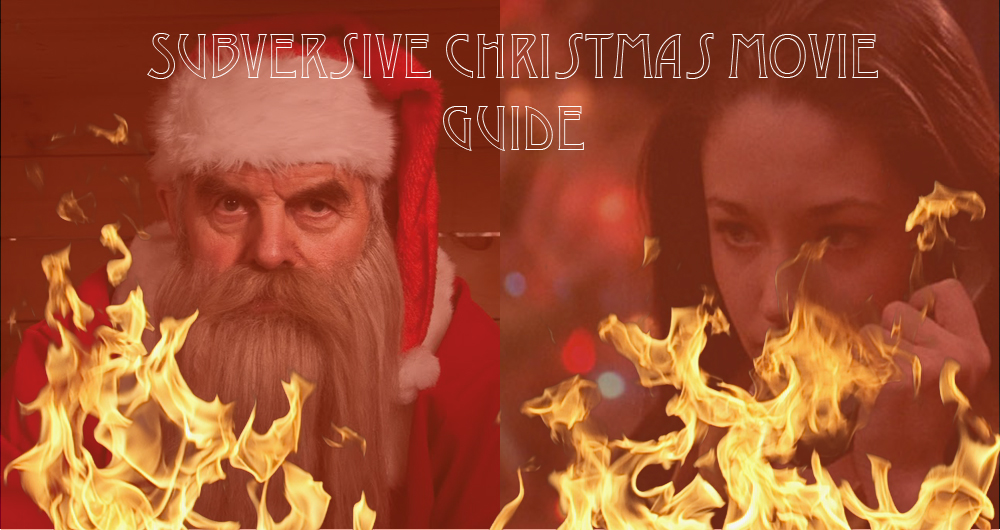 Christmas time is here, and you know what that means… families laughing with good cheer, chestnuts roasting on open fires, old friends reunited, colorfully-wrapped presents sitting beneath the tree, beloved songs being played wherever you go… If at any time you were reading that and were beginning to feel nauseous, you’re not alone. A large number of Americans suffer from what has been referred to as “Christmas gripes,” gastric/intestinal pain brought on by the anxieties and traditions long-associated with the holiday season. If the season has you feeling stressed out and at the end of your rope, fear not! The movies are here to help shake things up a bit.

Luckily, to keep things from becoming too “vanilla,” there has been something of a tradition of Christmas movies that intend to subvert the holiday and turn it all to shit. From horror classics to a Kubrick masterpiece, they take what everybody “loves” about Christmas and pushes it through the wringer. If you’re looking to instill your holidays with a little anarchy and chaos this year, here are some lessons to be learned from some of our favorite “alternative” Xmas movies.

Lesson learned: buy a loved one a very needy pet and disobey all of the rules associated with it. Then watch as it mutates, multiplies, runs rampant, and destroys your cute little town.
Lesson learned: just keep chopping down Christmas trees for your own perusal until they one day rise against humanity and get bloody revenge.
Lesson learned: don’t go home for Christmas. Instead, stay in your sorority house, preferably one that is being stalked by a crazed murderer who enjoys making obscene phone calls.
Lesson learned: make sure that a deformed child that resembles a penguin is abandoned and grows up to be a devious villain hell-bent on destroying your city. Also, make sure Christopher Walken pushes a woman out of a window, and she’s reborn as a vigilante who dons a sleek catsuit.
Lesson learned: make sure that a young boy witnesses a massacre at the hands of a man dressed as Santa Claus, is subsequently raised in a strict Catholic church, and then, psychologically scarred, sets out on a holiday-themed killing spree. Also, be young and try to have sex.
Lesson learned: take everything wicked, scary, and evil about Halloween and apply it to your favorite holiday traditions! Skeletal reindeer, anyone?
Lesson learned: get into an argument with your significant other regarding jealousy, then set out into the night on a sexual odyssey that eventually leads you to a masquerading sex cult.
Lesson learned: attempt to reconcile with your estranged wife at her Christmas party, then be sure to have some organized criminals take control of the building as a part of some well-executed heist.
Lesson learned: be a smart ass, small-time criminal, break the fourth wall, and get yourself tossed into a twisty film noir plot involving Hollywood types, a gay private investigator, seedy family histories, and more!
Lesson learned: discover that the truth behind the Santa Claus myth is an evil supernatural being who punishes the naughty, capture and attempt to sell it, then watch as all hell breaks loose.