How the election of Marty Walsh will affect young Bostonians 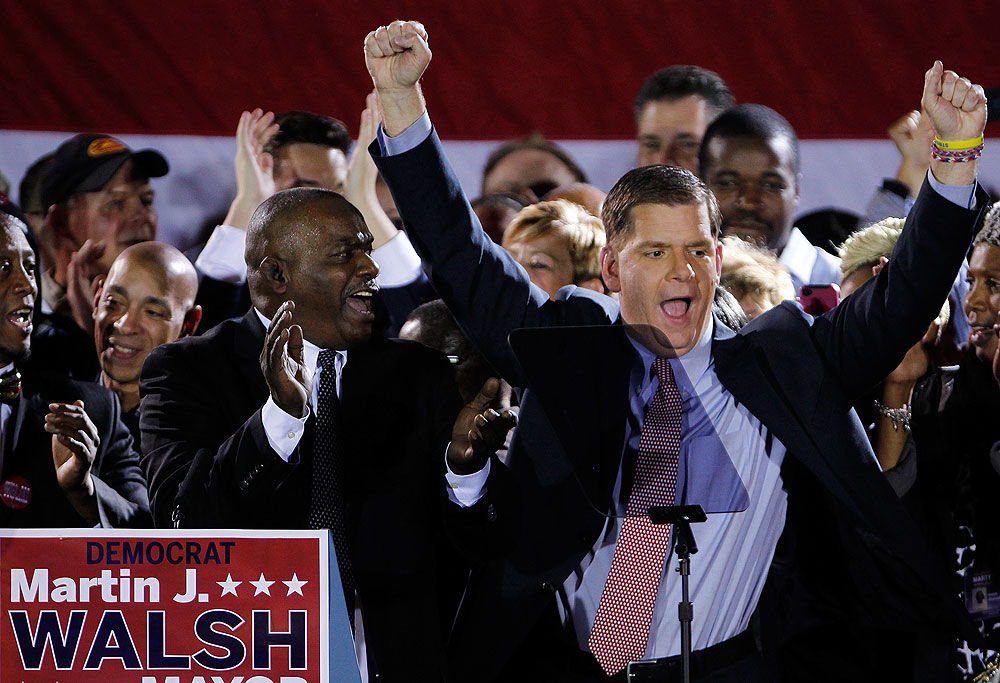 It’s hard to not take this city for granted. For as long as I can remember, Boston has had a very distinctive image: It’s a great place to study or start a business (but not a great place to grow one), charming but not particularly fun, and it draws much of its vitality from its traditional neighborhoods. Living in Boston day-to-day, we start to think of this as some sort of fundamental truth. But in fact, a lot of this image, from the very positive to the frustratingly negative, is due to the leadership of Mayor Thomas Menino. Will that change under incoming mayor Marty Walsh?

To put things in perspective, I was 2 when Menino was first elected in 1993. Every memory that I have of Boston is of a city under Menino’s leadership. And since that time he has worked hard to centralize control of large parts of the city’s organization in his office. Many things for which Boston gets a bad rap, like tough enforcement of complicated and archaic entertainment licensing, were pioneered by Menino. The same is true for many of Boston’s incredible achievements over the last two decades, like the city’s economic growth.

This is why Tuesday’s election was so exciting. For the first time in 20 years, the inner workings of the city might actually change — for better or for worse. The next few months will be awash with speculation as to what this change might mean, but regardless of how it plays out, it’s certain that the city we know and love will be transforming before our eyes. Knowing a little bit about mayor-elect Marty Walsh’s character might give us a clue as to what lays in store for the Hub and its young residents. I don’t have a crystal ball, but here’s what I’d expect from the new mayor.

A slow rate of change

Globe columnist Scott Lehigh was absolutely right when he described Marty Walsh as an incrementalist. Unlike opponent John Connolly, throughout the campaign Walsh seemed to favor a more measured approach to getting things done in the city, often telling voters he’ll achieve his aims with his negotiating skills or by leveraging his contacts. This might be disappointing to people who feel Boston needs immediate, wide-ranging reform, but Menino accomplished all he did step-by-step, in a way that won him fans both in conservative neighborhoods and among downtown developers. Marty Walsh might be looking to take a similar approach to city government. This leads us nicely to…

Walsh has spent the last 16 years as a representative in the Massachusetts state legislature while also occupying leadership positions within some of Boston’s most powerful unions, culminating in a two-year stint as leader of the Building Trades. As a result, Walsh has a powerful Rolodex. This is important for a couple reasons. It means that if the city has a problem, he knows a guy who can help fix it. His good reputation in the State House will be especially useful in negotiating more money to fund expansion of the T and freeing up more liquor licenses for the city — both realms controlled by the state government, and both issues that young people in Boston should care deeply about.  However, that also means that Mayor Walsh will probably have to operate within the city’s pre-existing power structure, a system which has shown itself to be pretty resistant to reform. I don’t just mean politicians and business leaders either. It’s possible that Walsh will be overly deferential to neighborhood groups and civic associations that in the past have been militantly opposed to development of any sort — be it housing developments without enough parking spaces or restaurants open past 1 am.

This election has seen an unprecedented amount of outside spending, most of it going to Walsh and most of it coming from unions — two labor-affiliated super PACs spent over $1.5 million dollars in TV ad buys for the Walsh campaign alone. That’s a lot of dough for a mayoral race and it raises the question of whether Walsh will be beholden to his union supporters when it comes time for him to renegotiate city contracts with workers. This issue has already begun to rear its ugly head. The Boston Police Patrolman’s Association — which represents low-ranking officers in the Boston Police Department — is currently in the process of squeezing $80 million dollars in the forms of a 25.4-percent raise over six years out of City Hall. Negotiations with other police unions and the firefighters are coming up next. Walsh has said that his status in the unions will give him an edge in dealing with them and maybe he’s right. But it’s equally plausible to assume that organized labor is expecting preferential treatment from the new mayor given all the man-hours and treasure they invested in getting him elected.

The reason we should care about this is that all of the great plans for the future of the city bandied about during the election will cost money. City workers deserve a decent wage and the respect of municipal government but a series of negotiations that gouge the city will only end up cutting funds from programs that really matter to Boston’s future economic health. Investments that will convince bright young Millennials to move to Boston or (gasp!) decide to settle down in town — like programs that help fund housing developments that are affordable for recent college grads or extensions to the MBTA or fixes to our seriously broken public school system — might be hamstrung if funding suddenly becomes unavailable.

Who knows? Walsh might be the guy to reconcile all these different pulls and revolutionize the Hub. Or he struggle to find the balance needed to affect change in the city. Either way, young people have a lot to gain — or a lot to lose — in Marty Walsh’s new Boston.

Enter to win a pair of tickets to attend The Hess Collection Seminar and Dinner as part of Boston Wine Festival 2018 at the Boston Harbor Hotel on Wednesday, March 14th. END_OF_DOCUMENT_TOKEN_TO_BE_REPLACED

Boston band Funeral Advantage is Tyler Kershaw. And Tyler Kershaw had a fun childhood, so it seems. END_OF_DOCUMENT_TOKEN_TO_BE_REPLACED

Perry put me on to daephne and the album blew my mind. END_OF_DOCUMENT_TOKEN_TO_BE_REPLACED

While many have called out Davis since a video of her refusing to issue a marriage license to Rowan County residents David Moore and David Ermold went viral in July, relationship columnist and gay activist Dan Savage went a step further on MSNBC Tuesday night, saying that “this is about someone hypocritcally looking to cash in”. He added: “And she is a hypocrite.” END_OF_DOCUMENT_TOKEN_TO_BE_REPLACED