How the B Line’s Flaws Made Me a Better, More Empathetic Person 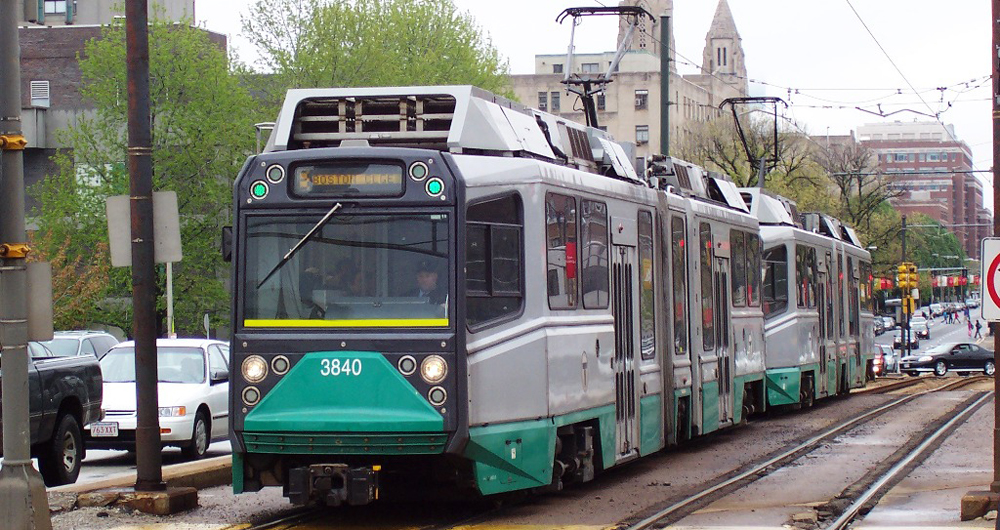 I’d argue there are few things funnier in life than the faces people make when a Green Line trolley on the dreaded B line, seemingly arbitrarily, decides to go express and pass them right by. Beneath furrowed brows, they look both exhausted and resigned. Protest and acceptance together create a sad state of equilibrium in their wrinkles. They are disappointment incarnate, watching their ride to work go on without them. You can almost feel their contempt through the windows. It’s probably raining out too.

It’s not like these trains go express out of spite. At last official count, there were 3,972 scheduled stops along the 4-mile stretch of above-ground stations; if a few didn’t go express every now and again, the skeletons of commuters from 1904 would still be en route to their destinations. So it made more than a little sense when it came out earlier this week that the MBTA is toying with the idea of eliminating some of the stops along the Hub’s most obnoxious T route to create a more efficient and less BLARGHSIHFBUBGNF-inducing rider experience.

I applaud the effort and am unequivocally in support of anything that makes the B line at its worst a little less hellish. That said, the news made me realize how the line’s flaws have genuinely made me a better, more empathetic person.

The humor I find in the faces of people left out, literally, in the cold derives not from schadenfreude (maybe it does a little), but rather from understanding. I’ve been on the other side of the glass more times than I care to think about. Watching a mostly empty train car inch past you like a giant, screaming caterpillar when you’re already late for something – work, class, a date – is truly the most mundane way to stir inside of you a tornado of wasted fury. So when I laugh at you, I am, quite honestly, also laughing at myself.

I’ve gained more than this kinship with my fellow riders forged of frustration though.

Relying for years on the B line has taught me volumes about control and patience. When driving and stuck in traffic, we can moan, scream, and punch the steering wheel freely. These probably aren’t healthy coping mechanisms, but they’re mechanisms nonetheless. If you randomly start screaming and punching a handrail on the T because you are not getting to where you need to be, however, you are no longer venting: you are a crazy person.

Stripped then of those techniques, you have no choice but to find alternative ways to keep sane. This can be hard in a hot train car that a tin of sardines would deem overcrowded. But you have no choice. For me, after three years of near daily usage, internal anger slowly turned into an acknowledgment that I will get there when I get there.

So yes, I am happy the MBTA is considering ways to streamline the most annoying line it operates. But I’m thankful for what it has given me in its saddest, most infuriating state.

Enter to win a pair of tickets to attend The Hess Collection Seminar and Dinner as part of Boston Wine Festival 2018 at the Boston Harbor Hotel on Wednesday, March 14th. END_OF_DOCUMENT_TOKEN_TO_BE_REPLACED

Boston band Funeral Advantage is Tyler Kershaw. And Tyler Kershaw had a fun childhood, so it seems. END_OF_DOCUMENT_TOKEN_TO_BE_REPLACED

Perry put me on to daephne and the album blew my mind. END_OF_DOCUMENT_TOKEN_TO_BE_REPLACED

END_OF_DOCUMENT_TOKEN_TO_BE_REPLACED

I’m in my mid-twenties, and I’ve been working as a substitute teacher for the last couple years (I joined Teach for America right out of college). I know some of the girls in classes I teach have crushes on me — high schoolers aren’t very subtle — but I brush it off, because I’m not an idiot. Last week, however, I got a disturbing email from a girl in the English class I subbed for. Pictures were attached. You get the gist. What do I do about this situation? I obviously haven’t responded, but I’m afraid she might go Lifetime-movie on me. END_OF_DOCUMENT_TOKEN_TO_BE_REPLACED