The longstanding issue of sexual assaults on college campuses has recently entered the national spotlight. And right in the middle of the discussion is Harvard, which last week underwent investigation by the federal government for its second Title IX violation. While the school might not be pleased to be the face of failing sexual assault policies, its status as a top university puts it in a unique position to help change college policies across the country.

At the risk of rehashing complaints about a policy that’s already been thoroughly scrutinized, Harvard’s sexual assault policy has some pretty glaring issues. For starters, it was last updated in 1993—before many of the school’s undergraduates were born.

Then there’s the fact that Harvard is the only Ivy League school in the country that relies on a negative consent policy—meaning the victim must physically struggle or verbally say no in order for an act to be considered rape—ignoring the fact that it’s common for sexual assault victims to freeze and be unable to say or do anything.

There’s also the issue that, according to the Harvard College Handbook for Students, being asleep is not recognized as mental incapacitation, leaving room for a sleeping victim to be held to the negative consent standard.

The list of issues with the school’s policy goes on, but it was these two problems that Our Harvard Can Do Better, the student group that submitted the recent Title IX complaint against the school, brought to Harvard’s attention in the fall of 2012. The group championed a vote with the school’s Undergraduate Council, and 85 percent of students who voted said the school should revise its sexual assault policy.


“We brought that to the administration saying, ‘Here, these are clear policy changes that all of the students want,’” says Emily Fox-Penner, an organizer for Our Harvard Can Do Better. “And they just said, ‘No, our policy is completely adequate. We don’t need to review it right now.’”


The school did take some action. That spring, Harvard hired a Title IX coordinator and formed a student resources group to help fix the problems, but the group spent most of its time focusing on resources for victims, not actual policy changes, according to Fox-Penner. “Of course, resources are very important, but Harvard does have many resources [already],” Fox-Penner explains, and no amount of resources will fix a broken system.

Over the summer, Harvard did begin to talk policy—but only behind closed doors with no student input, Fox-Penner says. The administration announced to students this past fall that it was developing a new policy. Recently, that policy was submitted to the U.S. Department of Education’s Office of Civil Rights (OCR) for review.


Though Our Harvard Can Do Better is happy to hear the OCR will review the changes, the group still worries that without student involvement, important problems with the policy will be missed.


“Really, who is better informed about how the [school’s sexual assault] policy works and what the policy does: survivors who have gone through the experience and know what was wrong with the system, or adults sitting around a conference table?” Fox-Penner asks.


Our Harvard Can Do Better spent the majority of the school year speaking with student groups and sexual assault survivors on campus, gathering information for the Title IX complaint. From doing this, the group learned just how much students have suffered from the school’s flawed system.


Sexual assault survivors at Harvard consistently reported that they were told not to pursue disciplinary action and that their experiences would not be taken seriously by the school’s administrative board, Fox-Penner says. One survivor of color was even told that “this is just part of your culture.”


In an anonymous letter penned for the school’s student newspaper this spring, one survivor summarized the experience of dealing with the school’s administration by stating, “Dear Harvard: I am writing to let you know that I give up.”


But this issue is hardly a Harvard problem. Last week, the federal government released a list of 55 schools currently under investigation for Title IX violations. Five Massachusetts schools were included—Amherst College, Boston University, Emerson College, University of Massachusetts Amherst, and Harvard. The list was part of the White House’s larger campaign to investigate and address the problem of sexual assault on college campuses. 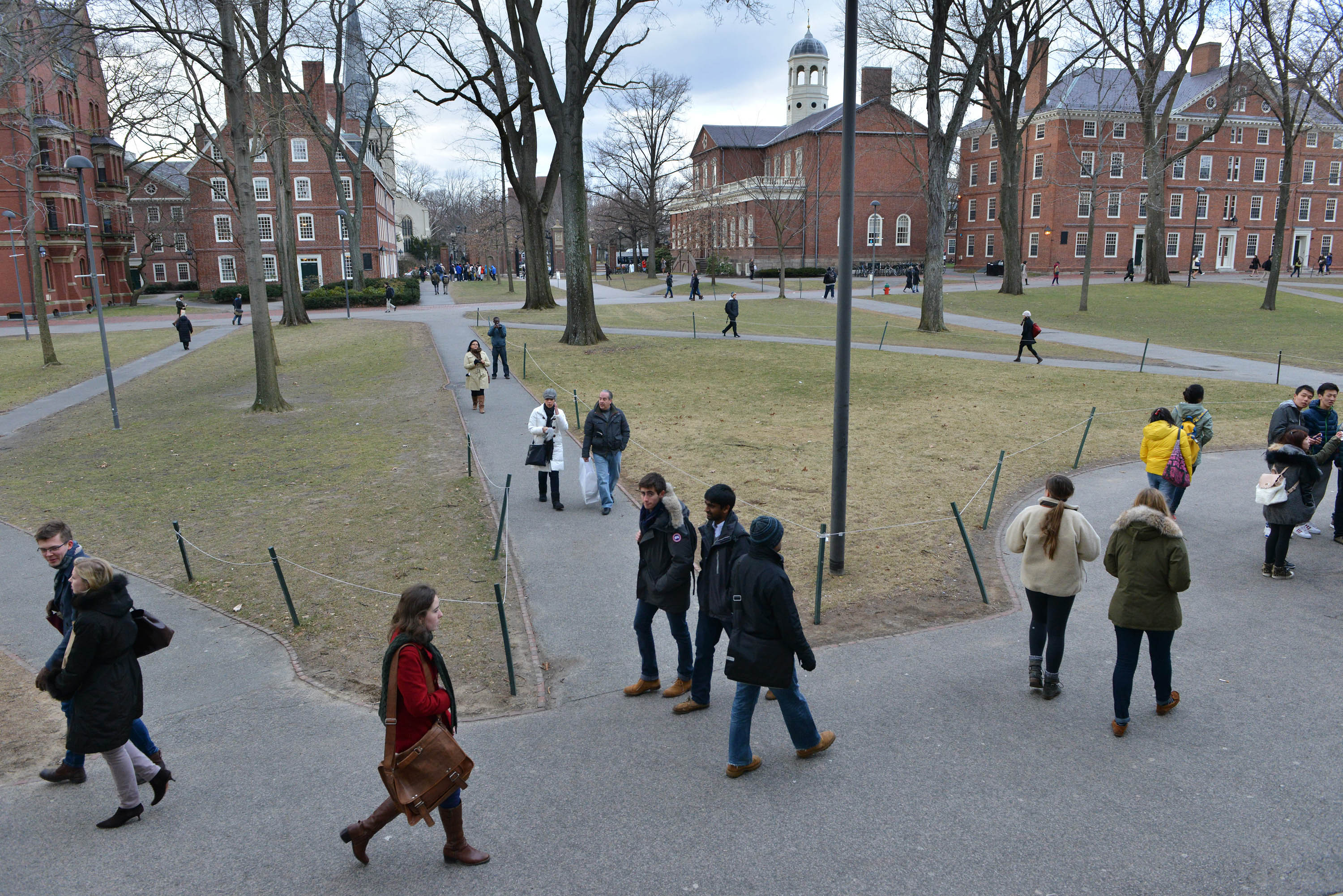 One in five women is sexually assaulted while at college, usually by someone she knows, according to a report released by the White House. Just twelve percent of those assaults are reported to law enforcement.


Among the many myths surrounding college sexual assaults is the idea that “rape is a just a miscommunication, that both parties were drunk and it was just a blurred line,” Fox-Penner says. It is true that frequently drugs and/or alcohol are involved during the assaults, according to the report.


Still, it’s estimated that only 2 to 10 percent of reported rapes (both on and off college campuses) are false. The White House report also says that of the 7 percent of college men who admitted to committing or attempting rape in a 2002 study, 63 percent were repeat offenders, averaging six rapes each.


While the White House, along with student groups at Harvard and across the country, are ready to speak out, Harvard is doing its best to remain silent. When approached for an interview for this story, the school emailed a prepared statement and declined further comment.


It’s hard to blame the school for staying quiet. By agreeing to any interviews, Harvard would be opening itself up to the uncomfortable, unavoidable question: How could such a smart school uphold such a bad policy for so long? 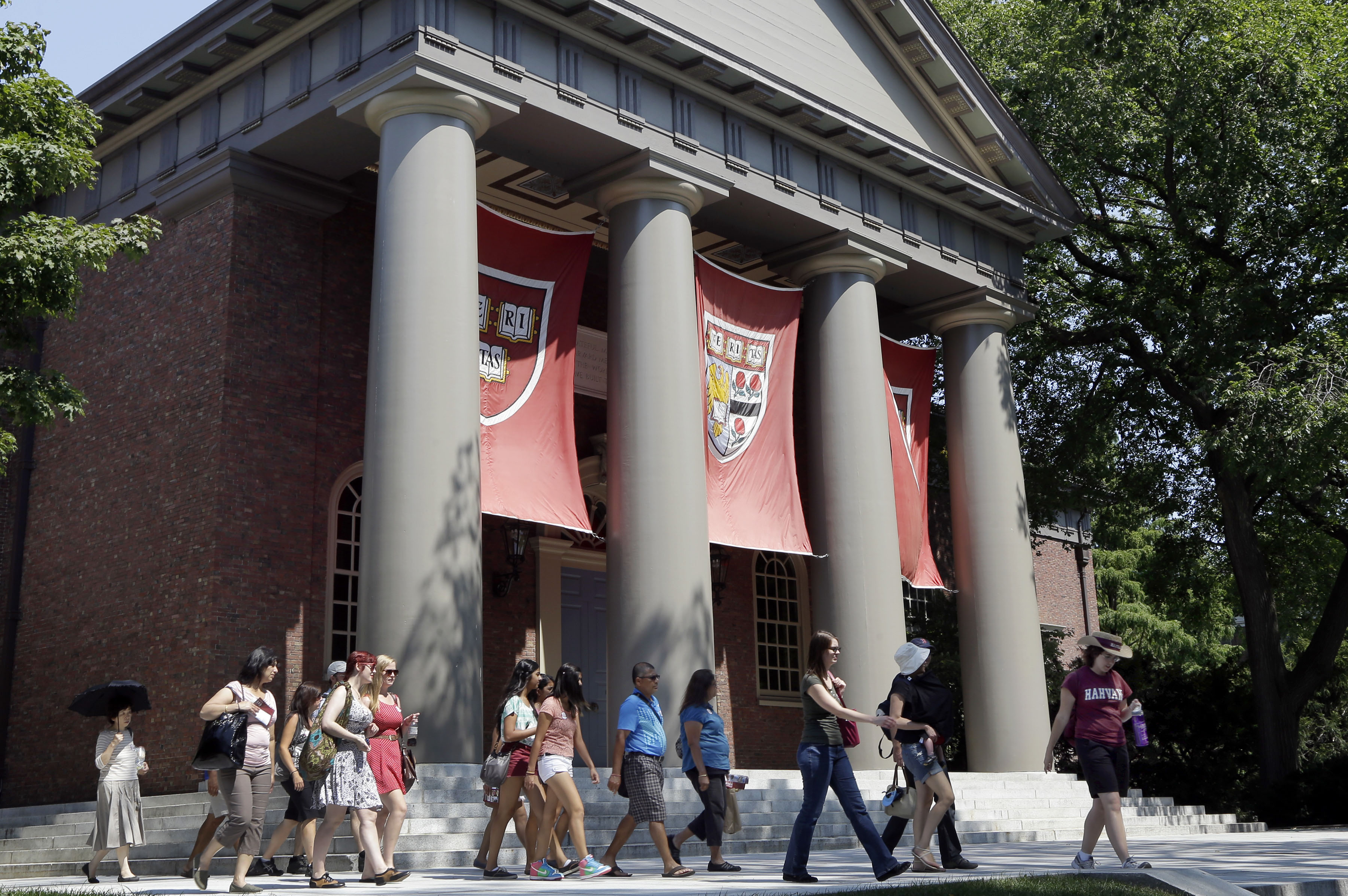 “The administration is afraid that [changes to its policy will] lead to more disciplinary cases against perpetrators,” Fox-Penner says, “which is actually the point.”


No school wants to see a rise in the number of reported sexual assaults on its campus. But the assaults are already happening, regardless of whether they’re recorded in the books. Schools cannot rely on low, but inaccurate, numbers of reported sexual assaults to decide that their campuses are safe.  They need to make the necessary changes to ensure that students are protected.


And really, what better school to lead that change than Harvard, one of the best universities in the country?


“The great thing about making changes at a school like this is that it brings change to the real world, as well, because Harvard is such a brand.” Fox-Penner says. “We really do have power to make changes heard around the country.”