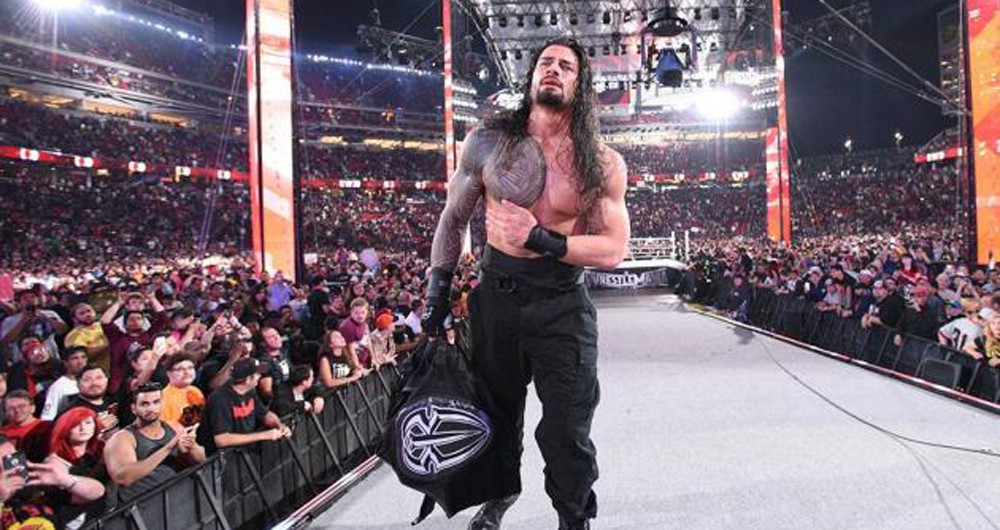 Sunday night, Roman Reigns walked into San Francisco’s Levi’s Stadium as the most clearly screwed challenger for the World Title in Wrestlemania history. He left the most interesting character in the WWE.

He didn’t show up as a scrappy, unlikely-yet-beloved contender facing insurmountable odds. He’d been booked as an alpha tough guy. More than that, as an affable, relatable alpha tough guy, yearning to not only achieve his childhood dream, but do right by the family legacy established by his cousins like Yokozuna, Rikishi, and a handful of other wrestling greats with Anoaʻi family blood ties. 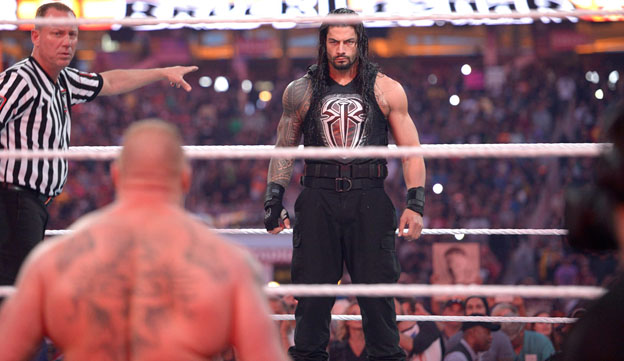 His opponent and WWE Champion (as of Sunday morning, at least) Brock Lesnar had made it clear that he likes getting paid absurd amounts of money to break other human beings on pay-per-view and hates everything else. Lesnar was belligerently unsympathetic, Reigns was arguably sympathetic, yet mostly everyone wanted to see Roman Reigns get killed anyway.

And Reigns couldn’t even play the “I don’t care if nobody likes me, I’m going to be a stand-up dude and not a bad guy wrestler in spite of all this disapproval,” card because John Cena has been running that routine into the ground for something like 10 years by now and it doesn’t resonate as novel or clever anymore.

Making things worse, Lesnar opted against a return to MMA and resigned his WWE contract days before Wrestlemania, meaning Wrestlemania would not be his last appearance in the company for the foreseeable future, as had been previous speculated. Reigns might’ve won by default if Lesnar had decided to leave – for obvious reasons, the WWE Champion must cease to be the WWE Champion if he won’t be working for the WWE anymore – but that didn’t happen. 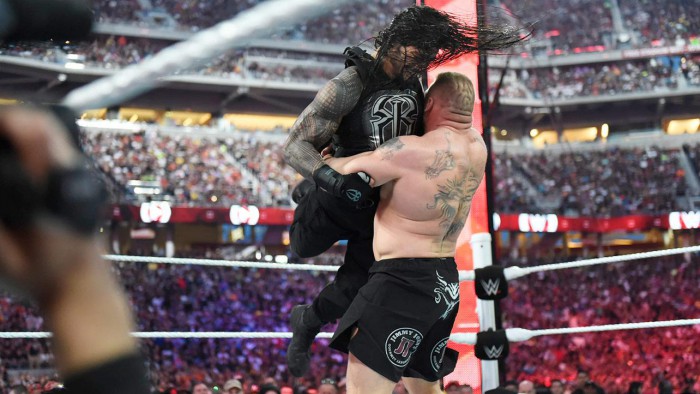 And while the WWE writing staff had largely bungled Reigns’s character, to their credit, they successfully established Lesnar as a preternatural juggernaut with a snuff film director’s capacity for sadism. On PPVs as recent as Summerslam 2014, Lesnar dismantled John Cena, and as his advocate Paul Heyman reminds us whenever possible, Lesnar ended The Undertaker’s decades-old unbeaten-at-Wrestlemania streak that same year.

“Suplex city, b***h,” said Lesnar, deliberately within earshot of the camera, during a brief pause from effortlessly, repeatedly, hurling Roman Reigns back and forth across the ring like the one dimensional, milquetoast, tragically over-pushed sack of potatoes that he is.

Reigns was losing, and losing badly, just like we all knew he would. After Lesnar delivered the second of what would be five “F-5” firemans carry facebusters, picked up the semi-responsive Reigns, and slapped him like his mother used to, just to remind him that no, he hadn’t earned Lesnar’s respect, and yes, everyone who called him an imposter has been right all along….Roman Reigns laughed.

The announcers said the laughter had something or other to do with Reigns’s refusal to lose, or because of his Samoan pride, but they were lying.

Let’s say you set about to achieve a basically impossible dream – headlining Wrestlemania, the biggest deal wrestling show that exists, in a match for the WWE World Title, the biggest deal wrestling championship that exists. Pretty much 99.99 percent of everyone who tries to do this, and that’s quite a few people, do not succeed. You try anyway. You work really hard for a long time, make innumerable personal sacrifices. Defying all statistics, you get your World Title match at Wrestlemania. This should be the greatest things that ever happens to you.

So here’s Roman Reigns, in one of the most important moments of his whole life and almost definitely the most important moment of his career, and everyone wants him to get crushed for reasons that WWE can’t explain on camera without shattering the fourth wall, and besides, Reigns has every reason to expect to get crushed because Brock Lesnar is much better at wrestling than he is. And then he gets crushed.

What happens to a person who achieves an impossible childhood dream, and it turns into the worst thing that’s ever happened to him?

Well, if he’s got a healthy appreciation for irony, he could have himself a good hearty chuckle about the situation.

Pile on the fact that Reigns didn’t even technically get beat by Lesnar, the rightful victor. Reigns’s total loser of an ex-tag team partner Seth Rollins swooped in and pinned him for the belt, which was counter-intuitively completely legal, supposedly due to Rollins’s possession of the “Money in the Bank” briefcase.

But really, as Roman Reigns knows better than anyone, it was because wrestling doesn’t make any sense.