How Rational Is Your Contempt for the Gaslight Anthem? 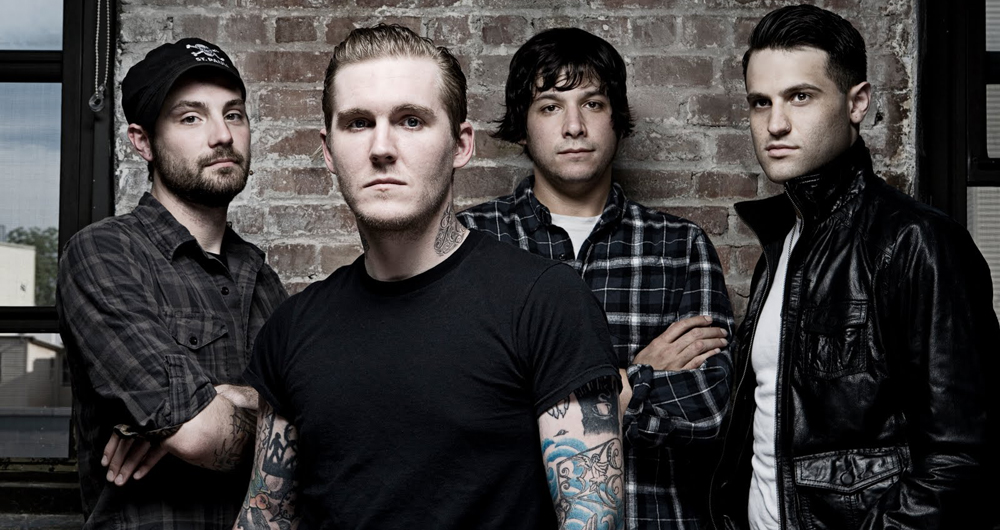 While the quality of art is a subjective thing and opinions are like assholes and all that, as a society, we’ve managed to form a shaky consensus on a few bands. Most people can agree R.E.M. was pretty great! Meanwhile, many of those who once considered themselves Limp Bizkit fans keep that part of their past a secret, thereby avoiding shame and the scorn of their friends and family.

For a bunch of reasons best explored in a different think piece, I’m not sure if we’ve formed very many similar agreements on musicians who achieved any degree of fame during the last 15 years. But I feel like we’re almost there with The Gaslight Anthem. After seven years of dutifully doling out sentimental good ol’ boy sorta-punk-ish rock, enough of us have at least Spotifyed a track or two or wandered over to a stage The Gaslight Anthem occupied at a festival to agree that The Gaslight Anthem are pretty okay. They’re kind of fun! Probably not one of our favorite bands, but they’re certainly someone else’s favorite band, and that’s understandable.

Seriously. This guy thinks they’re worse than Nickelback. The dude from Gallows agrees. So does the Herald.  This other guy started a Facebook page dedicated to loathing The Gaslight Anthem in 2011. Then, I guess he forgot to do anything with it, or maybe he had a change of heart. But he sure couldn’t stand The Gaslight Anthem in September of 2011, that’s for sure.

The Facebooker makes one good point. The Gaslight Anthem have written one song. They’ve given it many different titles, maybe changed a few words around here and there, maybe tweaked the tempo up or down a few BPMs, but it’s the same somewhat overwrought nostalgia anthem. I think of it as “Great Expectations,” off 2008’s well-received “The ‘59 Sound,” because that’s the first Gaslight Anthem song I just-so-happened to hear.

Granted, hearing it on repeat for a 45 minute-to-an hour live set gets tiresome. But on its own, “Great Expectations” is a pretty great song! And y’know who else found a formula that works and never really strayed? The Ramones. Do we know of anyone who absolutely abhorrers The Ramones (not counting Morrissey)?

It’s not that there aren’t perfectly valid reasons to, maybe not hate, but dislike The Gaslight Anthem. Their preoccupation with good old days that were actually sort of bad and retro signifiers might rub you the wrong way if living in the past isn’t your thing. The earnestness of Brian Fallon’s vocal delivery borders on weepy. There is nothing about the Gaslight Anthem’s presentation or content that anyone could find particularly controversial. The Gaslight Anthem do not make subversive or challenging music, at all.

But I could say almost all the same things about The Hold Steady. I’ve never so much as overheard a single murmur akin to, “I can’t stand the stupid fucking Hold Steady.” In fact, they still consistently receive positive reviews, even when their albums have been kind of “blah” ever since Franz Nicolay quit.

These double standards do not compute.

So if you harbor some deep, seething disdain for The Gaslight Anthem, I would challenge you to ask yourself, “How rational is my contempt, really? Is it possible my thinking on the issue is just as melodramatic as Brian Fallon’s tears-in-my-beer lyrics? Could it be The Gaslight Anthem are not the bane of anyone’s existence, but simply not my cup of tea?”

Enter to win tickets to see Trio Da Kali at The Villa Victoria Center of the Arts (Newton, MA) on April 10th. END_OF_DOCUMENT_TOKEN_TO_BE_REPLACED

END_OF_DOCUMENT_TOKEN_TO_BE_REPLACED

Enter to win tickets to Rhye at The Paradise on February 28th. END_OF_DOCUMENT_TOKEN_TO_BE_REPLACED

END_OF_DOCUMENT_TOKEN_TO_BE_REPLACED

Enter to win a pair of tickets to attend The Hess Collection Seminar and Dinner as part of Boston Wine Festival 2018 at the Boston Harbor Hotel on Wednesday, March 14th. END_OF_DOCUMENT_TOKEN_TO_BE_REPLACED

Her new album has been pushed back, but we have Kimbra’s new single for you. END_OF_DOCUMENT_TOKEN_TO_BE_REPLACED

The folk duo returns with a new record this week. END_OF_DOCUMENT_TOKEN_TO_BE_REPLACED

Now that we’re done looking back at 2017, let’s look ahead at 2018. END_OF_DOCUMENT_TOKEN_TO_BE_REPLACED