When reminded of the 10 year anniversary of The Office, a date that had somehow escaped him, producer Ben Silverman exhaled over the phone before saying, “I’m in this house because of that show.”

With its distinctly East Coast sensibility, it’s no surprise that many of the fictional Scrantonites were developed by folks from our own backyard – John Krasinski, B.J. Novak, Mindy Kaling, Steve Carell and many others originated from the Boston area before Office launched their careers.

Creator Greg Daniels and producer Ben Silverman were two of these locals. Daniels had hailed from Harvard and the Lampoon roster of writers, while Silverman had been born in Pittsfield and graduated from Tufts. Lee Eisenberg, a Needham native, joined the team later as a writer. We caught up with the three of them to reflect on the Boston history behind The Office.

What is it like adapting a TV series from another country?

Silverman: It had a lot of its own challenges, specifically because the underlying material was good. I never watched the underlying show for Jane The Virgin.

The big challenges were super big. There was no laugh track, single camera, faux documentary, and none of those had ever been done on broadcast TV.

Daniels: When you think about British people, there are certain attitudes. They were very articulate and educated, but had kind of been around long enough so that there was less naïve ambition.

I received the show on a VHS tape – I didn’t know about its situation in England, and I loved it, I thought it was fantastic. 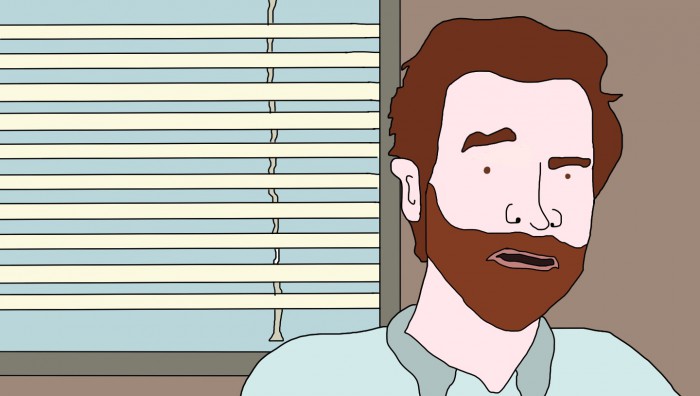 Was it difficult adapting a show that was already so well-loved in the UK?

Daniels: I received the show on a VHS tape – I didn’t know about its situation in England, and I loved it, I thought it was fantastic.

I remember having a feeling like, “No! There’s so much more you could do with this idea!” It was such a creatively exciting idea and format, it deserved to be continued and played with more. What I didn’t know when I signed up to do it was that it was going to air in America. I realized the summer before, I realized that the British one was airing and that [their audience was] loving it.

I had all these nightmares about it – there’s the Maurice Sendak book where a human is put on trial in the forest (Where the Wild Things Are). There was this comedy court where I was put on trial for people not liking the show.

Eisenberg: The American Office did a great job of Americanizing that without diluting that British sensibility. We wanted it to feel that it was of that world but we didn’t want to ape it at all. We made Steve Carell a little more rootable, pathetic, more of a departure from David Brent [Ricky Gervais’ character in the British Office].

How did you decide where to set The Office in America?

Daniels: It seemed like it needed to have gray skies, bad weather, and educated people hanging around. Something near a big city, but was not in a big city, and [we wanted them working in] a business that would have been less popular, so we chose paper.

Silverman: As we were designing the show and making it for America, we were all trying to share what we identified as where the show belongs geographically. We wanted somewhere that was close to a big city but not in a big city. Those kind of towns have a slightly depressed, rust-felt deal to them that, in the city looms this fantastical, kind of land of Oz.

Writer’s Note: Unsurprisingly, the creators kicked around a number of locations for Michael Scott’s branch of Dunder Mifflin before settling on gloomy Scranton, Pennsylvania. Daniels said that the alternatives to Scranton were used as other branches of the company – Nashua, New Hampshire, Yonkers, New York, basically any name that “made me laugh,” Daniels shared. 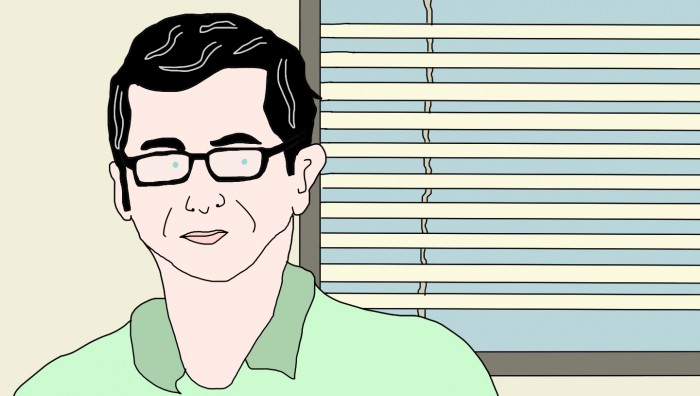 How did so many people from Boston come to be involved in the show? Was that intentional?

Silverman: Northeasterners are run into a very academic lane because of the pressures of Northeastern life. In California they put a baseball glove on your hand and put you on the field. On the East coast, they put a calculator in a newspaper in your hand… it was an Ivy League powerhouse of smart people who have relied on comedy.

Daniels: The very first person I hired was B.J. Novak. I really felt that writer-performers were going to be important on the show and I’d seen B.J. do standup and he had some great jokes. B.J. was sort of the tone for the series

I had done that on King of the Hill, I had hired a Texan writer-performer and he had become the tone for that entire series. For Parks and Rec, the actor who set the tone was Aziz Ansari.

Strangely, there were two areas that a lot of people came from Office came from – there’s the Midwest [which produced Jenna Fischer, Angela Kinsey, Phyllis Smith] and Boston.

Silverman [on using writer-performers in Office]: It was the most uncommon thing ever.

Eisenberg: Comedy is written by underdogs, and I felt like we were kind of almost there when I was growing up. The Red Sox were always losing and that kind of feeling of hopelessness and pulling for something.

How did your time in Boston factor into the writing on the show?

Eisenberg: I was working in factories and warehouses over the summer, growing up in Massachusetts. My dad manufactured children’s clothing, and I would sort things by sizes and put them in racks, carrying boxes onto and off of a truck. A lot of the warehouse stories are informed by that.

I also worked at a law office during high school – any kind of job like that where you’re filing and faxing and inputting things in Excel, the pace of the day where you’re looking at the clock.

What was the reception of The Office pilot at the time?

Silverman: It’s pretty good, but not great. We were saying, “Give us a little time, this is gold and we’ll get this done.”

Eisenberg: The pilot had a lot of similarities, tonally it felt similar [to British Office]. I started episode seven of the show, and by then episode ideas never overlapped at all.

That was a strategic thing, I was worried NBC would not put on something with the tone that Office had. Office was such a different tone, was worried that if I came in with a new script I… wouldn’t be able to keep the tone.

What did you feel were the chances of American Office becoming successful?

What lessons from The Office have you taken moving forward in your career?

You’re so close to it. You think “the color scheme so different,” “we’re not shooting through Venetian blinds”… but after it airs, you realize why people say that. In Parks, we had to adjust the…bumbling protagonist so Amy Poehler wasn’t causing her own problems. In 30 Rock, Liz Lemon doesn’t cause problems, she solves them.

Silverman: It’s smart TV…it was the first show of this new golden age of television. It broke the rules of what could and could not be done in a commercial environment.

Watch advertising on sporting events, seriously. Even to this day, our style and our comedy is in there… it’s dressed in different brands, workplace setting, knowing looks. It’s everywhere.

A final fun fact: Silverman revealed that all the handheld footage of Scranton in the opening credits of The Office was filmed by John Krasinski himself on trip to Scranton to research the area. “It was their first break, in that enthusiasm they did things like that,” Silverman laughed.

Enter to win a pair of tickets to attend The Hess Collection Seminar and Dinner as part of Boston Wine Festival 2018 at the Boston Harbor Hotel on Wednesday, March 14th. END_OF_DOCUMENT_TOKEN_TO_BE_REPLACED

Always a pleasure to have Boston.com’s Perry Eaton in studio for a chat. After we talked a bit about Pearl Jam at Fenway and Perry’s new podcast, he filled us in on Game of Thrones live and Narragansett’s new Bananagrams-themed brew. END_OF_DOCUMENT_TOKEN_TO_BE_REPLACED

No, not from afar, from the comfort of her couch. From the actual awards themselves. That’s where Meredith Goldstein was for the Oscars. She shared all the juicy, first-hand details with me. END_OF_DOCUMENT_TOKEN_TO_BE_REPLACED

It was wonderful having our good friend Meredith Goldstein back in studio this morning. She dug into the latest edition of Love Letters, which prompted us to play this song. And of course we had to discuss the Oscars. Make sure you’re following Meredith on Twitter, as she’ll be live-tweeting the awards this Sunday night. END_OF_DOCUMENT_TOKEN_TO_BE_REPLACED