His daughter got leukemia. He wrote her songs. Now they’re up for a Grammy 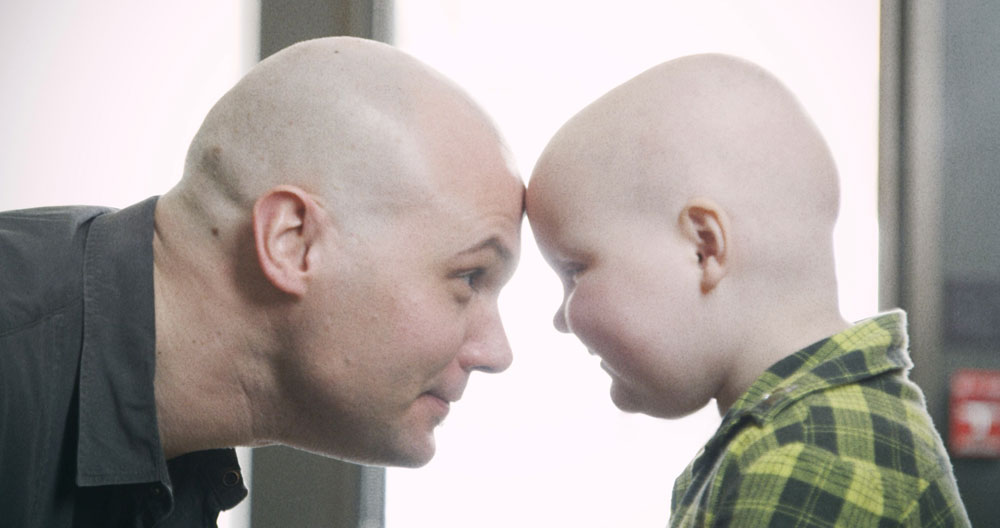 This Sunday when you are watching the Grammys to see Lorde and Macklemore lunge out of their seats for a stroll to the stage, look closely at the audience. There might be a Boston guy sitting out there clutching his own statue — one that means a lot.

Alastair Moock, who has been making family-oriented music in Boston since 2010 after a decade in the contemporary folk scene, is a nominee for best children’s album. The honor is a first for the songwriter, whose “Singing Our Way Through: Songs for the World’s Bravest Kids” has already brought more than enough rewards than any official accolades could bring.

When Moock’s young daughter Clio was diagnosed with leukemia in 2012, the songwriter responded by making an album of songs specifically aimed at kids and parents struggling through illness. So in a sense, the nomination is not just for him — it’s for Clio too, who is even credited with co-writing some of the songs on the album. It’s also for everyone who has been touched by its cause.

“Of course a Grammy nomination is exciting. It has implications for your career and, you know, I’ve been doing this a long time,” says Moock. Not only has the album been a commercial success (it’s his third in the children’s sphere), but a philanthropic one, as well. So far, the songwriter has sent out more than 2,000 copies to hospitals, patient camps, and directly to patient families.

“This album is obviously very close to my heart, and the nomination really helps us spread the word to patients and hospitals,” he says. “I’ve been really pleased to see how much the album has resonated with healthy kids and their families as well. I had hoped these songs could be a window into what it’s like living with illness for people not living in that world. But I think the key is that there’s an awful lot of joy on this album. It’s ultimately a celebration of life, and that’s something anyone can tap into.”

Cancer seems likes heady subject matter for a children’s album, but it shouldn’t be untouchable. Good art is good art — and as they say, kids are smarter than we give them credit for. In the hands of a capable craftsman like Moock, songwriting chops and good old fashioned dad magic combine to make the sentiments in songs like “When I Get Bald” and “Joy Comes Back” seem sufficiently light. But for Moock, the switch to making music aimed primarily at children was never going to be anti-intellectual.

“As a songwriter I’ve always loved the challenge of writing within – or maybe against – a tight structure,” he says. “Even as a ‘grownup’ writer, I was drawn to simpler harmonic forms in the same way that Woody [Guthrie], [John] Prine, and [Bob] Dylan were. And those forms have translated well to my new audience. But what I’m learning as I go is there’s almost nothing I can’t write about in this genre: cancer, race, changing gender roles, and family structures. Honestly, I’ve never felt more intellectually challenged as a songwriter.”

And how about Clio, the little girl who started it all? According to her father, she’s doing great. The entire Moock clan will be together in California cheering him on. We know there will be at two little girls (Clio and twin sister Elsa) whose hearts could not be lifted higher. But there can never be too much heroism and support for families going through pediatric cancers like leukemia.

“We have six more months to go but this year’s treatment is so much gentler than last year’s,” says Moock. “Her hair’s back, she has so much more energy, and she’s going to school full-time. We’ll be holding our breath for several more years still, but we have a lot to feel hopeful about.”

Enter to win tickets to see Trio Da Kali at The Villa Victoria Center of the Arts (Newton, MA) on April 10th. END_OF_DOCUMENT_TOKEN_TO_BE_REPLACED

END_OF_DOCUMENT_TOKEN_TO_BE_REPLACED

Enter to win tickets to Rhye at The Paradise on February 28th. END_OF_DOCUMENT_TOKEN_TO_BE_REPLACED

Her new album has been pushed back, but we have Kimbra’s new single for you. END_OF_DOCUMENT_TOKEN_TO_BE_REPLACED

The folk duo returns with a new record this week. END_OF_DOCUMENT_TOKEN_TO_BE_REPLACED

Now that we’re done looking back at 2017, let’s look ahead at 2018. END_OF_DOCUMENT_TOKEN_TO_BE_REPLACED

Our first Song of the Week for 2018. END_OF_DOCUMENT_TOKEN_TO_BE_REPLACED

In a year when so many things were off, the music was right on. END_OF_DOCUMENT_TOKEN_TO_BE_REPLACED