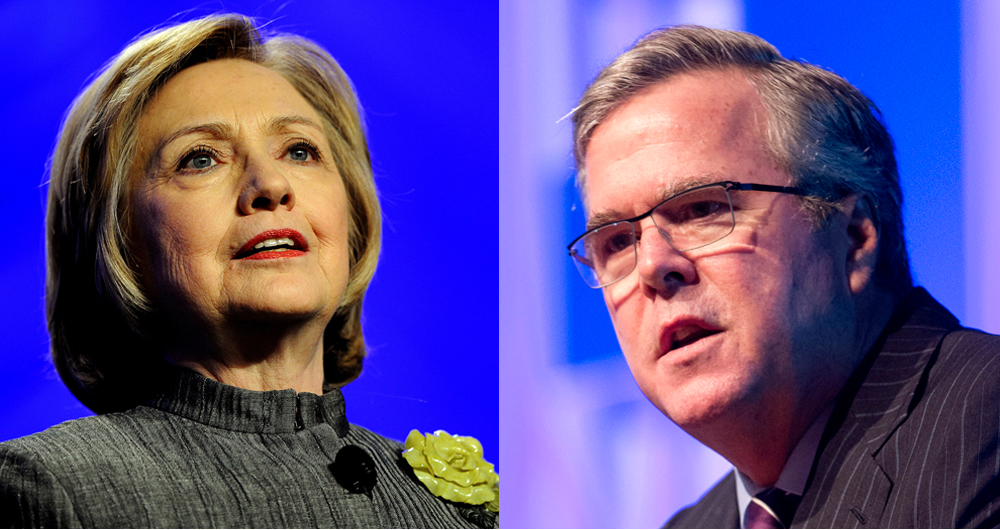 If you’re the type of person that fears change, the 2016 Presidential election might bring you comfort. That’s because on the second Tuesday in November, it’s possible that you will see two familiar names on the ballot: Bush and Clinton. This time it’s Jeb Bush and Hillary Clinton that might be vying for the presidency.

Bush has not committed to running, but recently hinted at what his message would be if he did. This could be his campaign in a nascent form while he calculates his war chest. Meanwhile, many experts predict that Clinton will have an unfettered path to the Democratic nomination.  With the showdown of two juggernaut American families potentially looming, here is an early look at some of the major factors and how this potential matchup could play out.

In her 2008 campaign, Clinton emphasized her experience as a result-oriented pragmatist, but she lost in the primary to the candidate that leveraged Shepard Fairey imagery, optimism, and hope. She is unlikely to run into such a transcendent and historic campaign this time around, but she will likely struggle again to convey a clear message of why she’s running. At this point, the most lasting event of her tenure as Secretary of State is the Benghazi attack, in which four Americans, including diplomat J. Christopher Stevens were killed in Libya on September 11, 2012. Whether Benghazi has stayed in the news because of the White House’s efforts to distort the truth or because Republicans believe they will unearth a conspiracy theory, the fact is that it is still being talked about. That is bad for Clinton. It is something she will need to address (again) if she makes it to the general election.

Bush should have a much easier time crafting a message with broad appeal. From his own description, he is likely to attack the Obama administration on the troubled roll out of Affordable Care Act (ACA), as well as its handling of foreign affairs, specifically Obama’s tendency to “lead from behind.” Bush is likely to tone down any hawkish rhetoric, as he must distance himself from his bellicose brother and the unpopular wars waged over the past decade. Bush is also likely to highlight his belief in the need for immigration reform. This message will probably appeal to Latin voters, but whether it will be enough to sway enough from their historical staunch support for Democrat presidential candidates remains to be seen.

Adv. Bush: Recent Presidential elections have indicated that two term presidents provide plenty of fodder for the opposition to rally against. With the help of Karl Rove, Bush’s message will probably be scathing, but laced with compassion, especially for those fighting for immigration reform. In order to win, Clinton will have to find a way to distance herself from Obamacare and Benghazi, while showing that America is better financially and socially than when Barack Obama was elected. Her task is not insurmountable, but it would be an uphill climb in this matchup. 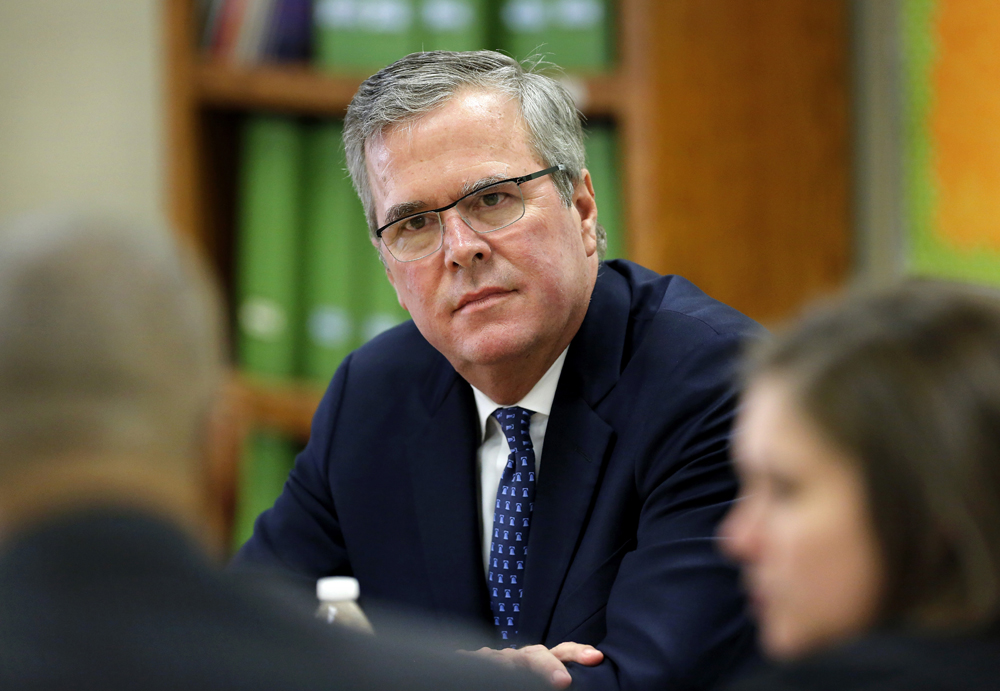 Bill Clinton has done an impressive job of remaining in the news since he left office. Clinton has played a major role in the non-profit world by starting The Clinton Foundation, The Clinton Global Initiative (CGI) and the Clinton Health Access Initiative (CHAI).  Bill has also remained a major player in Democratic politics by giving Obama support and, at times, criticism. Chelsea Clinton has graced the headlines recently by getting married/pregnant, confessing that she’s obsessed with diarrhea, and getting a PhD from Oxford. It seems that Hillary’s family activities have been a boon to her public persona. There will always be those who mock Hillary for the Monica Lewinksy affair, in which her husband was briefly impeached for receiving fellatio from a beret-wearing intern. But after nearly two decades, it is unlikely that Bill’s indiscretions in office will play a major role in Hillary’s push.

Meanwhile George W. Bush has remained largely out of the limelight since he ended his time in the Oval Office. Unlike Bill Clinton, who seems to never want to give up the spotlight, W has focused more on his painting career than weighing in on the current state of affairs. George H. W. Bush continues to live a charmed life. He recently won a courage award for raising taxes. He has also made of habit of teaming up with Bill Clinton on various initiatives and the two have reportedly become friends.

Adv. Clinton-There have been recent stories detailing a phenomenon known as Clinton fatigue that is supposed to work against Hillary. The idea is that Hillary has jumped out to a big lead in the Democratic polls and is already campaigning hard more than two years before the election. This rubs some people the wrong way. But the fatigue that Americans feel from two painful wars that were started by George W. Bush is likely to play a larger role. It seems probably that Hillary will be able to leverage her family’s ongoing activities and successes, while Jeb will be forced to distance himself from his brother’s mistakes, while conveying a conservative message. It won’t be hard for him to win voters in red states, but he may struggle in the all important swing states. 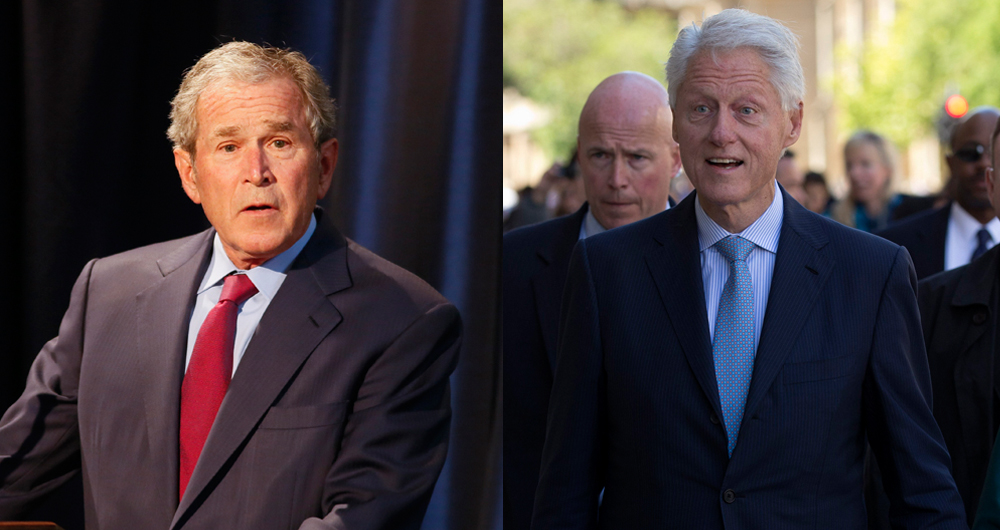 As the former Governor, Bush would be the presumed favorite against pretty much everyone in Florida, except maybe Tim Tebow. The all-important Ohio has historically been the bellwether state for presidential elections. Surprisingly, despite poor approval numbers for Barack Obama, a Quinnipiac poll in February indicated that Ohio would choose Hillary Clinton over any major GOP candidate, including Jeb Bush and Ohio Governor John Kasich. This appears to bode well for Clinton. With longtime ally Terry McCauliffe as the governor, and Senator Tim Kaine already backing Hillary for President, Clinton is the early favorite in Virginia. Clinton is also polling better than Bush in North Carolina, where the Clintons still maintain considerable clout.

Adv. Clinton- At this point, Hillary seems to have a distinct advantage in swing states. With that said, there is a lot of time before the election and swing states have been known to…swing. Worth noting, with increasing numbers of Hispanic voters in states like Nevada, Colorado, and Arizona, it is possible that the 2016 Presidential election will turn in different results than we have seen in the past. 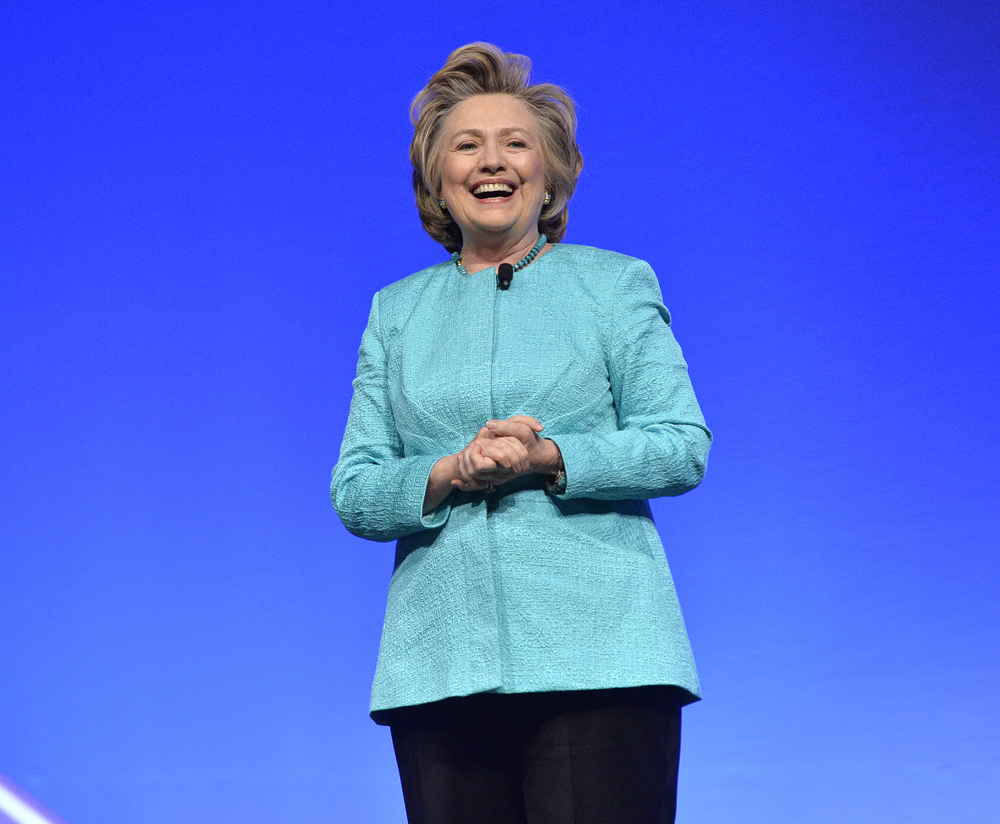 Adv. Clinton-It is hard to predict what the most debated issues of the 2016 Presidential election will be.  It is likely that Obamacare will still be a contentious issue in two years, but there is no guarantee. If millions continue to gain access to coverage and the cost of healthcare continues to slow, it might be less of a hot topic for conservatives.

President Obama’s recent emphasis on income equality could also stand at the forefront of the election. Both parties are likely to claim to have the middle class’ interests in mind, but who will provide the more convincing message is unclear. While Jeb continues to consider whether to run, Hillary will continue to raise vast sums of money and focus on swing states. At this point, she is the favorite, but with so much time a lot can happen and probably will. 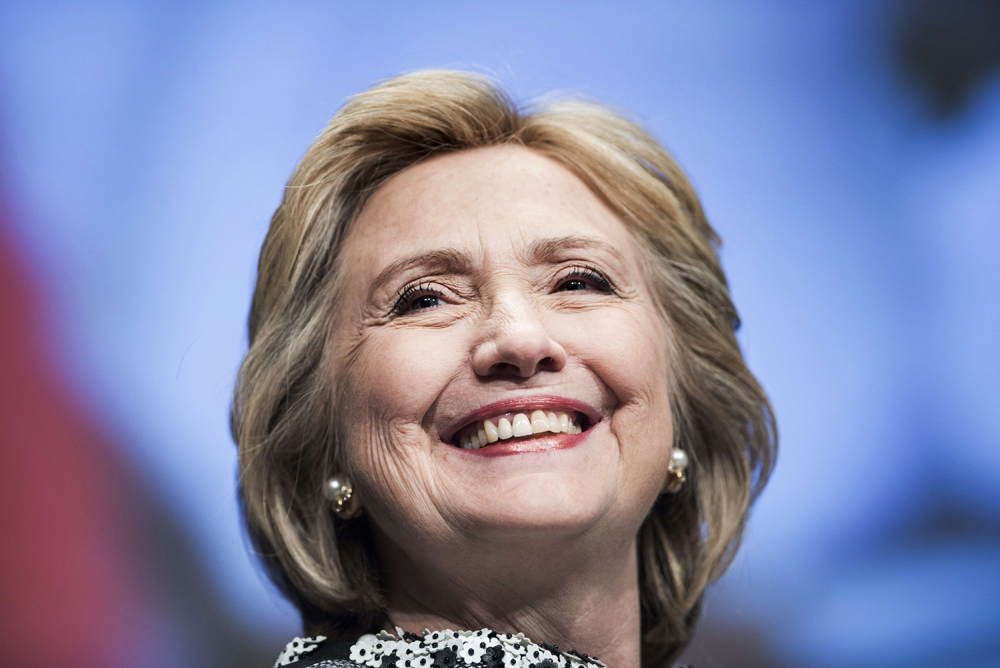