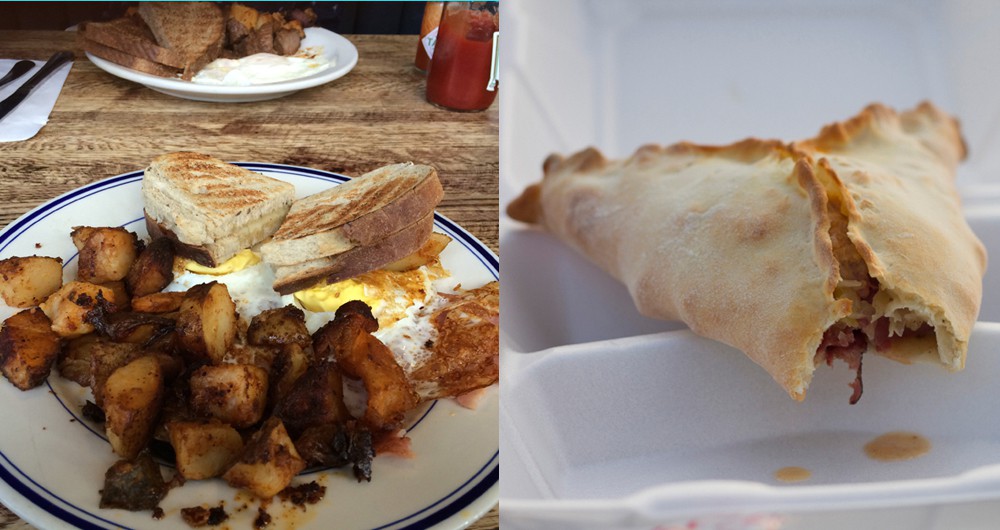 Jamaica Plain is one of the most interesting and leafy neighborhoods in Boston. It’s home to tons of local bands, cool galleries like Aviary, aging hippies, and most importantly, a bunch of great food. Getting there is a little tough, driving on the Jamaica Way is scary as hell and there is no T in the heart of JP, but it’s just one of those “charming” transportation quirks about getting to the different neighborhoods of our great city. It’s worth the trek, though. Head down to Centre Street and then go for a walk around Jamaica Pond or the Arborway. While out there, you may get a little hungry. If you don’t have the cash to shell out for an expensive meal, check out one of these local hidden gems, similar to our hidden gems of Allston piece from earlier this fall. 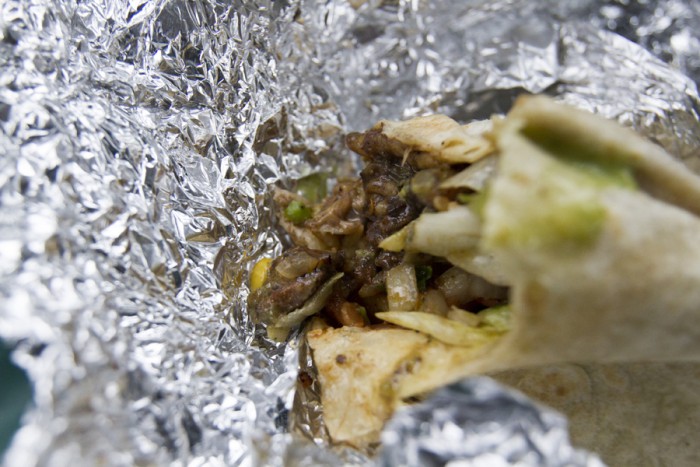 It’s pretty hard to argue with a name like that. This establishment is across the street from the English High School and right next to the Midway Cafe. They boast a ridiculously large menu consisting of Mexican food, seafood, and Italian fare. Ever wanted to get a calzone, a taco, and fried scallops? This is the place to do it. There is a Yelp war going about this place’s pizza – whether it’s good or horrible. As a person who eats pizza regularly and is intimate with several pizza specials in several cities, I have to give them a pass. Their pizza isn’t bad, but it isn’t the best. Mexican food is where Burritos Pizzeria shines. Their tacos are fantastic for under three dollars and their burritos rival any other place I’ve been in the city. The Al pastor burrito has vague Chinese food undertones, which is a plus or minus depending in your palette. Pro tip: check out the chorizo tacos. 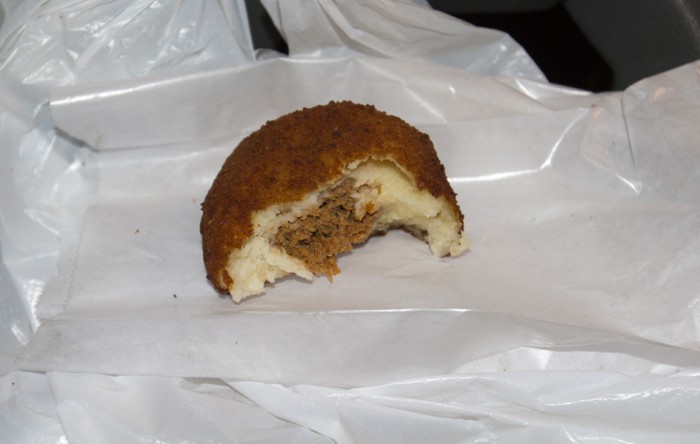 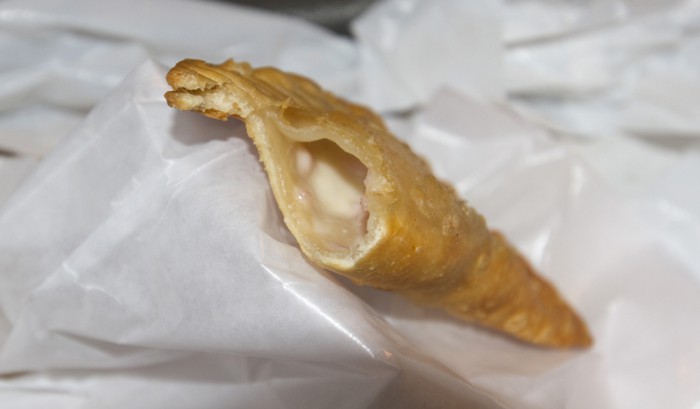 This small Dominican spot is on Centre Street next to the Lucy Parsons Center. A Chimi is a Dominican take on the hamburger, but with coleslaw and on french bread. A regular is only $3.50 and is a pretty big snack. The real play for eating big on a budget though is a ½ rotisserie chicken and two sides for $10.00. Can’t really go wrong – and this a great place to maybe try out your sophomore level Spanish, but probably not. If you’re not looking to eat a whole chicken (why not?) I would get a few papa rellenas (a potato and meat patty) or pastelito (kind of like a turnover with meat. The ham and cheese one is unbelievable.) 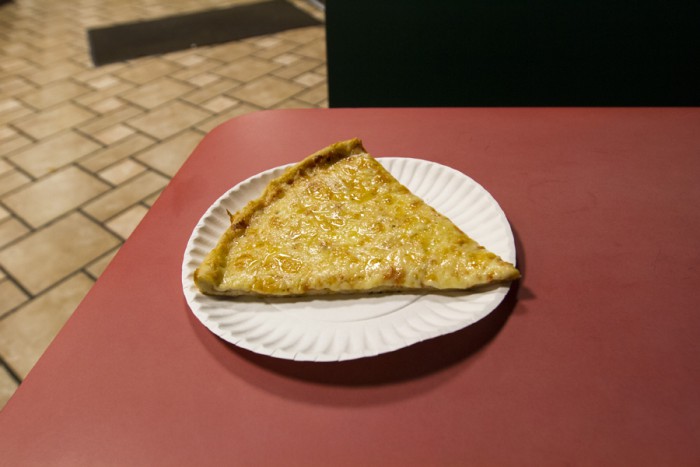 I’ll be honest, I don’t love Greek style pizza. Nothing against my Mediterranean friends, I just prefer the Italian version. Captain Nemo’s though, I must admit, is pretty solid. It’s cheap, two dollars and change for a slice, and super cheesy. Perfect place to grab pizza in the area. Also, the spot gets ambience points for the hilarious older ladies who run the place. Their charm is worth the trip alone. 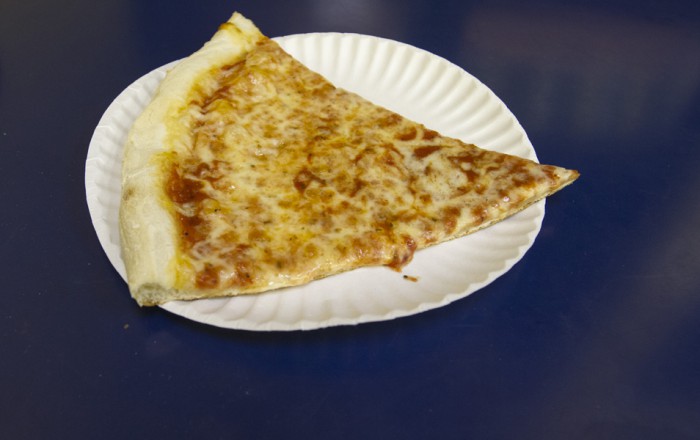 Classic New York style Italian Pizza for $2.10. Perfect place to get a slice during a house show or while checking out JP’s many little local shops. It’s like a Tom Brady football throw away from Nemo’s so you can do a mini pizza crawl if you want. This place also has signs telling you to mind your language which, I would love to know the story behind. 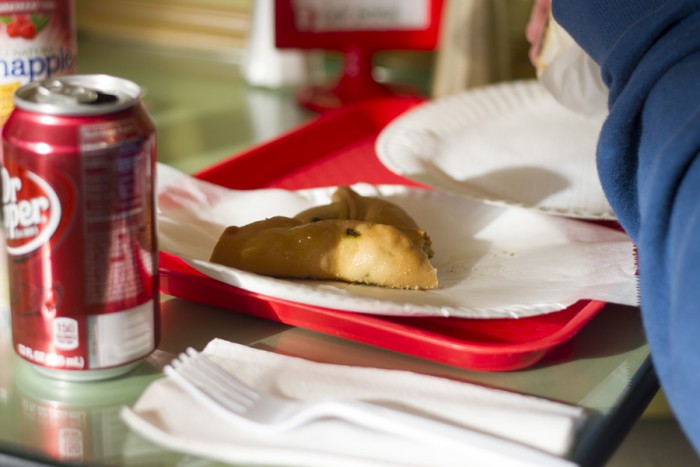 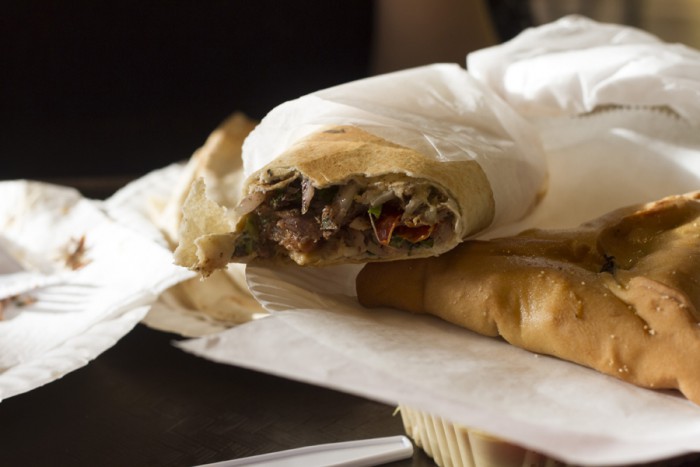 When I took my girlfriend here she said “I am never going back to Azama” because of how good the shawarma was. Azama’s roll ups have been an important staple in our lives for the past few years, so that’s a big deal. Maybe there’s room at the top for two shawarma kings. The lamb and beef wrap is about a foot long and fills you right up. The wrap is maybe a dollar or two more than other places, but like I said– it’s big. The spinach pies here are also worth a try. 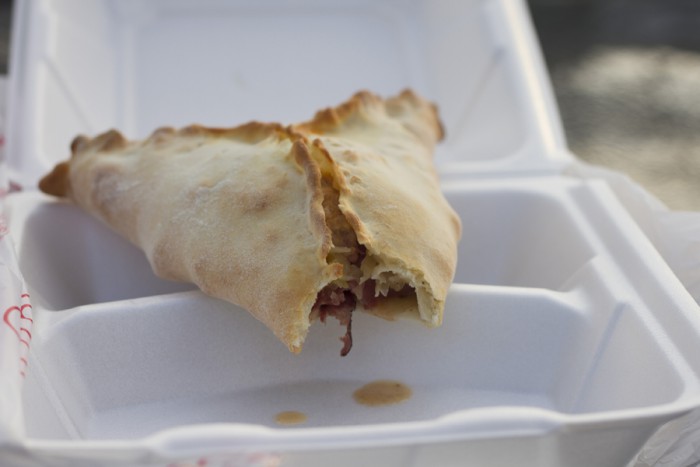 OK walk with me for a second. Take your favorite sandwich (for me, a Reuben), but take all the ingredients and bake it into a pie. Not like an apple pie, but like a spinach or meat pie and BOOM you have Aurum’s pies. They say customers have called it a cross between a calzone and a pita. This place on Centre Street is easy to miss, but worth looking for. For $6.99 get any sandwich you want wrapped in Syrian dough. Delicious. 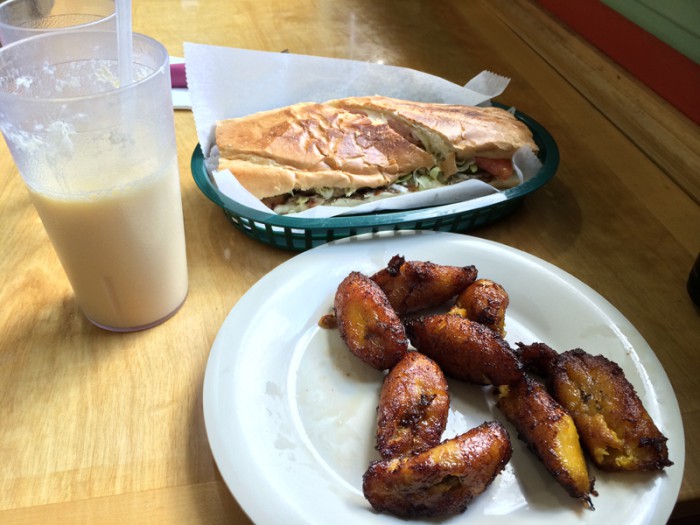 The first time I tried to check out this Cuban place I couldn’t get in because the line was so long. It may be more of an open secret, but definitely a place to go. It’s a small place with the feel of a cozy diner. Their Cuban sandwich is a perfectly messy mix of roast pork, ham, pickles, swiss cheese, mayo and mustard. For whatever reason, I’m not a huge fried plantain fan, but I did eat whole plate of theirs. Also if you’re going here in the morning, I suggest the Dominican drink Morir Sonando (translatio: to die dreaming). It’s a mix of orange juice and milk, A.K.A. a morning creamsicle. 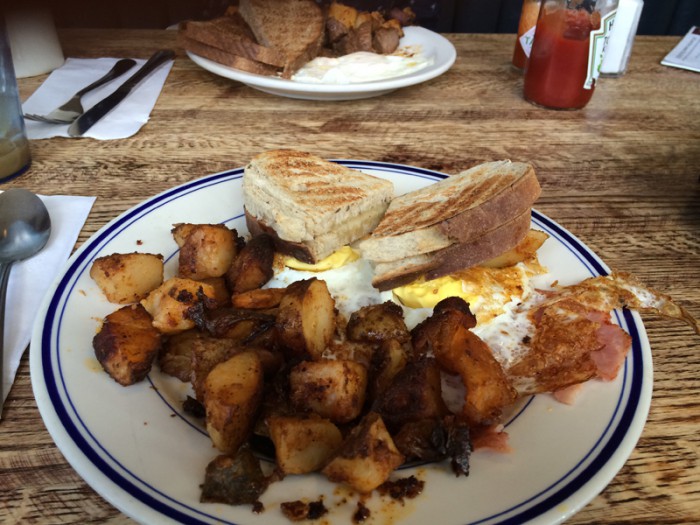 This is your essential diner that also happens to have pizza and Japanese Curry. The first time I went to this place was when I was interning at the Boston Phoenix (pour some out). Corn beef hash, eggs, waffles, pancakes, they pretty much have any of your breakfast food needs. They have a full lunch and dinner menu, but I’ve never been able to get past the breakfast section.

Enter to win a pair of tickets to attend The Hess Collection Seminar and Dinner as part of Boston Wine Festival 2018 at the Boston Harbor Hotel on Wednesday, March 14th. END_OF_DOCUMENT_TOKEN_TO_BE_REPLACED

Wednesday is Food Day, after all. END_OF_DOCUMENT_TOKEN_TO_BE_REPLACED

It’s been a crazy week with all the snow. We need a drink. END_OF_DOCUMENT_TOKEN_TO_BE_REPLACED

Amazing sandwiches for a good cause? Make a bunch for us! END_OF_DOCUMENT_TOKEN_TO_BE_REPLACED

And they came to our studios, too! END_OF_DOCUMENT_TOKEN_TO_BE_REPLACED

It’s almost time send off 2017 and welcome in 2018, and we have some ideas about how you can do precisely that. END_OF_DOCUMENT_TOKEN_TO_BE_REPLACED

The pics alone will make you want to make a reservation. END_OF_DOCUMENT_TOKEN_TO_BE_REPLACED

Some people love cooking for the holidays. Others, not so much. END_OF_DOCUMENT_TOKEN_TO_BE_REPLACED

There’s so many to keep track of, you might have missed this one. END_OF_DOCUMENT_TOKEN_TO_BE_REPLACED