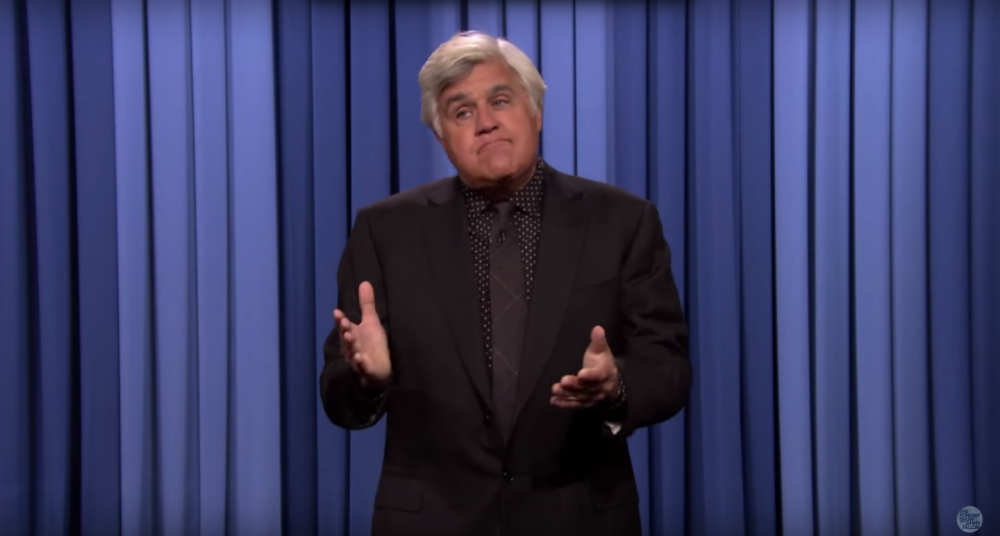 Jimmy Fallon needed to call in some backup on Tuesday night’s episode of The Tonight Show. After “pulling a hammy” following the first joke of his opening monologue, Fallon bowed out.

That’s when none other than former host Jay Leno tagged in.

The former Tonight Show host and Emerson College alum wasted no time before diving into a scathing monologue that covered politics, money, and the Kardashians.

…even Republican presidential candidate and Florida senator Marco Rubio and the Kardashians:

But the most unforgettable part of the monologue came when it stopped being a monologue.

Toward the end of the segment, Fallon joined Leno on stage to roast the economy in a rapid-fire edition of “How Bad Is It?”

If only Johnny Carson were here to see this. Watch the full clip below: