Hear ‘Dirty Water’ live: The Standells come to Boston in May 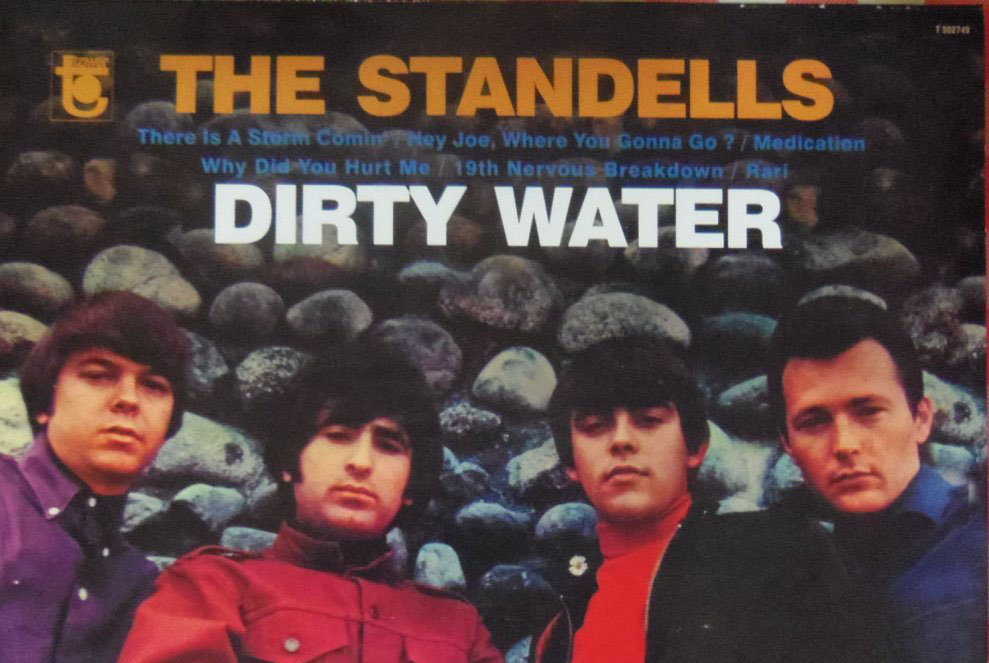 The Los Angeles band The Standells is best known in this neck of the woods for a certain 1966 garage rock jam called “Dirty Water.” The tune is, of course, played religiously at Fenway Park and has become something of a Boston anthem, and now, almost 50 years its release, you can hear it live. The quartet is playing a show at Brighton Music Hall on May 5, with a slightly different lineup. Dick Dodd, who sang lead on “Dirty Water,” died just a few month ago. But the band has always stayed together in some form, and its now hitting the road. Tickets are on sale now for the Boston date, but before you buy, please note that the band will likely only play “Dirty Water” once. Maybe twice if you cheer hard enough for it (which you will). Here’s a few other songs to know from a band that, believe it or not, went on to influence punk legends like The Ramones.

Appearing on the short-lived “Bing Crosby Show”, the band performed several times as fictional band The Love Bugs. The fast-footed pep of the young band matches the Beatles-esque love-pop it delivers, with a song that was never officially released by The Standells.
When The Standells wasn’t putting on a wholesome facade for American TV audiences, the band could rip up some dirtier garage standards, channeling ? and the Mysterians in this organ-fueled jam.
The band’s television appearances didn’t stop with “Bing Crosby.” Here, the men take on the Fab Four with a rendition of “I Wanna Hold Your Hand,” on “The Munsters.” (And yes, that young Munster is speaking Spanish).
Appearing on the same album as “Dirty Water,” “Medication” shows a fuzzier, more psychedelic take on garage-pop as the ’70s approached.
The band nails it with the lyrics on this one, especially “Action is my middle name.”