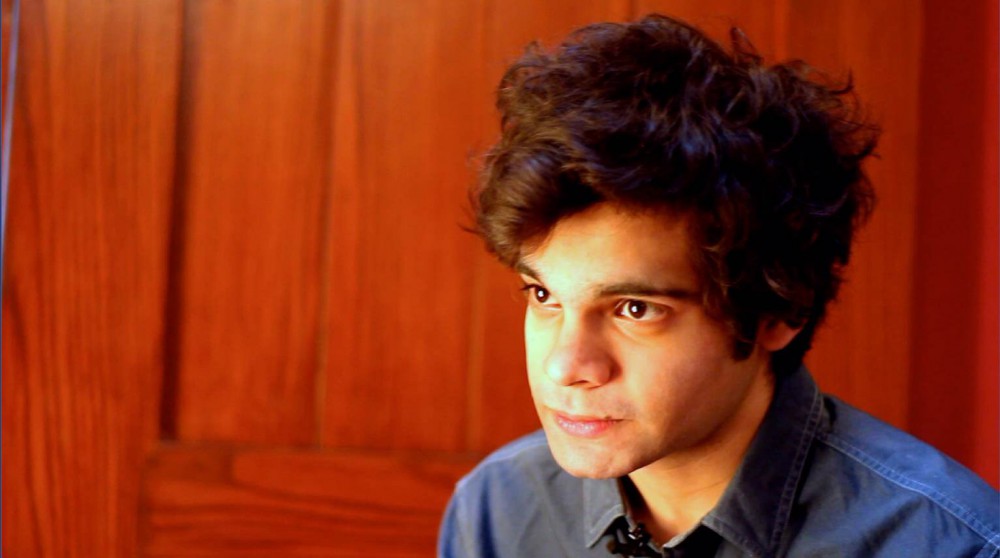 Parents often complain that kids spend too much time on the computer. But Usman Riaz is living proof that sometimes it can pay off in unexpectedly magical ways. The native of Karachi, Pakistan, spent much of his childhood meticulously studying music videos on the Internet. Now a 22-year-old Berklee student and an Internet sensation, Riaz has been selected as the youngest TED senior fellow ever.

Classically trained on the piano from the age of 6, Riaz’s musical prowess and curiosity led him to a new style of learning when he picked up guitar in his adolescent years.

“I was around 14 years old when people started uploading videos to the Internet,” Riaz says. “I would see all of these guitar videos and people playing percussion, and I just started watching and learning from that.”

Artists like Preston Reed, Kaki King, and Andrew Bird gave the budding musician a global perspective of musical styles — styles that he worked hard to replicate and master himself. Encouraged by his fast progress, Riaz realized that he could pursue other creative interests in a similar fashion.

“As I started to get better, I thought that I could use the same process to learn other things,” he says. “I branched out to other instruments like percussion and harmonica, fine art, and making short films.”

Less than a decade later, Riaz is a fast-rising star still stoking many fires. He has had a short film selected for the New York Independent Film Festival and personally painted the gorgeous cover of his album “Circus in the Sky.” A viral video for his song “Fire Fly,” showing off his lightning fast guitar chops, was noticed by TED curator Chris Anderson, who invited Riaz to Edinburgh, Scotland, to perform with one of his major influences, Preston Reed, at last year’s TED Global Conference. This month, Berklee announced that its current student will be one of 12 TED senior fellows to present at the next four conferences, starting next year.

Riaz’s TED presentation, which he describes as interactive and visually-stimulating, supports the idea that the Internet has made the world a smaller place, but stresses that that’s not necessarily a bad thing.

“We basically have the whole world’s knowledge readily available to us,” he says. While this can seem daunting, the multi-talented Riaz looks on the bright side. Having grown up in a region of the world with a mostly closed culture, the online community provides a space where “art can cross barriers now easier than ever before,” he says.

While Riaz waits to present at the TED conferences in 2014, he says he has plenty of opportunities to expand his mind at Berklee — even without a computer in front of him all the time.

“Online, I sort of just chose what I wanted to learn,” he says. “I am excited by Berklee because I’m able to learn things without looking specifically for them. Every conversation for me is a learning experience.”

Enter to win tickets to see Trio Da Kali at The Villa Victoria Center of the Arts (Newton, MA) on April 10th. END_OF_DOCUMENT_TOKEN_TO_BE_REPLACED

END_OF_DOCUMENT_TOKEN_TO_BE_REPLACED

Enter to win tickets to Rhye at The Paradise on February 28th. END_OF_DOCUMENT_TOKEN_TO_BE_REPLACED

Enter to win a pair of tickets to attend The Hess Collection Seminar and Dinner as part of Boston Wine Festival 2018 at the Boston Harbor Hotel on Wednesday, March 14th. END_OF_DOCUMENT_TOKEN_TO_BE_REPLACED

Her new album has been pushed back, but we have Kimbra’s new single for you. END_OF_DOCUMENT_TOKEN_TO_BE_REPLACED

The folk duo returns with a new record this week. END_OF_DOCUMENT_TOKEN_TO_BE_REPLACED

Now that we’re done looking back at 2017, let’s look ahead at 2018. END_OF_DOCUMENT_TOKEN_TO_BE_REPLACED

Our first Song of the Week for 2018. END_OF_DOCUMENT_TOKEN_TO_BE_REPLACED