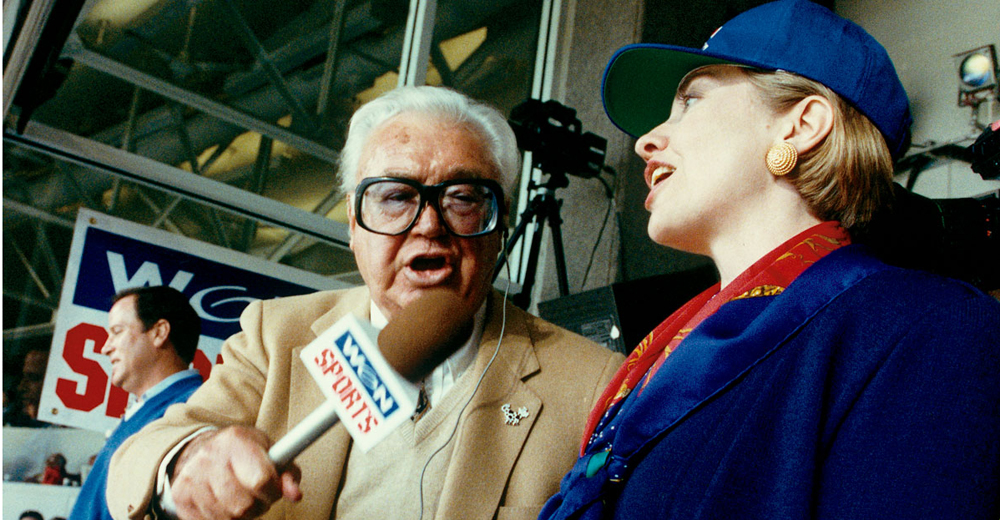 Famed MLB broadcaster Harry Caray was no stranger to the sauce. Now, as Caray’s diaries are being combed through for the first time since his passing, we have an idea of just how legendary the man’s thirst was.

Chicago Sun-Times columnist Neil Steinberg, who runs the aptly named blog Every Goddamn Day, was granted access to Caray’s “day book” from 1972. The scantly worded green notebook accounts for little self-reflection, but it does chronicle an astonishing streak wherein Caray visited a bar (sometimes several) on 288 consecutive days, jotting down the expense of his liquor.

“I’m a convivial sort of guy. I like to drink and dance,” Steinberg quotes Caray as saying. Goddamn if it ain’t true.

In total, Caray spent 354 (!) self-reported days in bars in 1972 – an astonishing, iron-livered 97% efficiency rating. The booze tour made stops at a reported 61 different watering holes across Chicago (where he was working for the White Sox at the time), New York, and Sarasota, Fla., where the Sox spend spring training.

There’s still a chance he posted a clean sweep of of 365 bar visits (’72 was a leap year, kids) given that the ledger’s lack of details. For example, an entry dated January 16 bears only the cryptic word “Super.” Perhaps this was a day Caray was too drunk to elaborate – especially considering that January 16, 1972 was the date of Super Bowl VI. Then, the accounts close out with the words “Vacation” written on the final eight days of the year.

Was Caray spending those last moments of 1972 closing out a perfect game for blurred vision? That secret rests with him, but we can safely assume that his trip to Acapulco wasn’t a sobriety retreat.

Though Steinberg is quick to attribute Caray’s “Mad Men”-esque booze bender on his gregarious nature – saying that “he went out because it was his job” to interact with fans – SB Nation was correct in their ascertation that the late announcer’s iron man streak is “the most unbreakable record in baseball.”

This should never have happened. END_OF_DOCUMENT_TOKEN_TO_BE_REPLACED

I spend far too much time on Twitter. Here’s a handful of posts from last year that I found to be entertaining on one level or another. Enjoy. END_OF_DOCUMENT_TOKEN_TO_BE_REPLACED

Apologies in advance for burying this in your skull forever. END_OF_DOCUMENT_TOKEN_TO_BE_REPLACED

If you like cover songs, you’re gonna love this. And by love, we mean probably hate. END_OF_DOCUMENT_TOKEN_TO_BE_REPLACED

Whether you celebrate the unofficial beginning of summer on Memorial Day weekend, or Meteorological Summer on June 1, or the Summer Solstice, make no mistake: summer is here. END_OF_DOCUMENT_TOKEN_TO_BE_REPLACED

The nu-metal mainstays have covered the unlikeliest of songs. END_OF_DOCUMENT_TOKEN_TO_BE_REPLACED

Ladies and gentlemen, from the far-reaches of the internet, I present to you…La Boing Boing Rock Band. END_OF_DOCUMENT_TOKEN_TO_BE_REPLACED