Happy Birthday, Barbie: Here Are All of Your Dead Friends 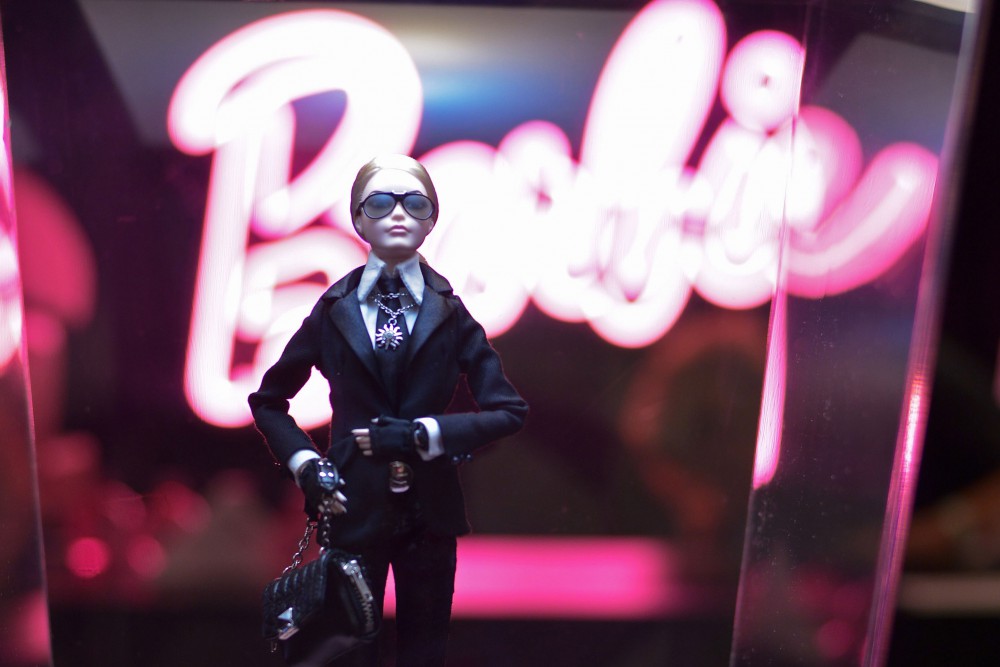 With a major film franchise on the horizon and a birthday to celebrate this week, Barbie has plenty to celebrate in the year ahead. But she gets all of the press – give it a rest, Barbara Roberts. Let’s focus on the more intense mystery surrounding her “discontinued” friends.

Were they the victim of poor marketing, or something far more sinister? We take a look at the big-busted ingenue’s incriminating record of friends, ahem, mysteriously falling off the grid, and call into question her extensive experience as both a cop and a detective. Seems like someone would know how to get rid of a plastic body. 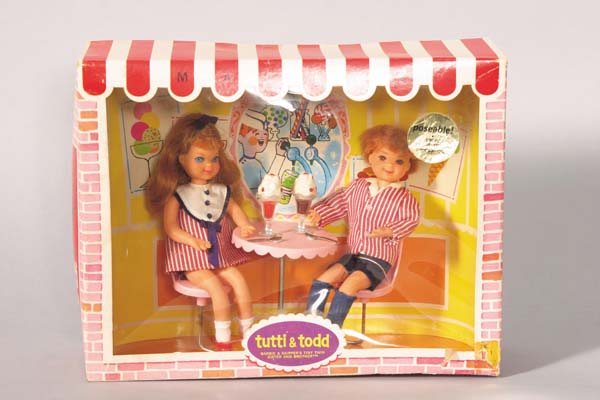 The Victims: Tutti and Todd Roberts
Last Seen: 1971
Their Story: Tutti and Todd were the gymnasts of the Roberts clan, first introduced to the general public all the way back in 1965. The twins were the only Roberts children to have fully posable bodies, and were one of the many Roberts siblings who have floated in and out of Barbie’s life over the years. By 1971, the children had disappeared, never to resurface.
Our Theory: Because the twins are mere kids, there’s not much of a chance that they struck out on their own, but consider this – unlike hangers-on like Skipper and Kellie, the twins took a small portion of their sister’s fortune from her short-lived career as a pediatrician and started anew, They bought plane tickets to France and used their fully posable bodies to appear taller, earning money in Parisian subway stations by playing the pan flute. Today they’d be dead, because the life expectancy of a subway pan flutist is around 30…it’s the asbestos. 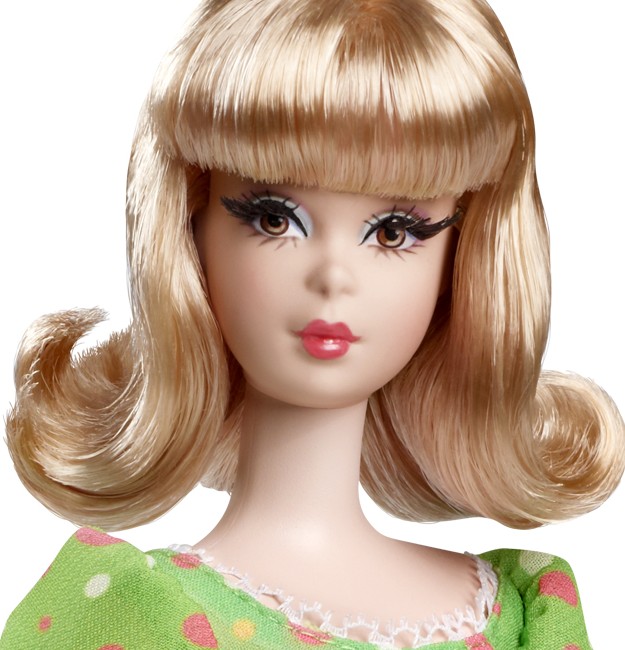 The Victim: Francie Fairchild
Last Seen: 1977
Her Story: The daughter of Claude and Lily Fairchild, Francie is Barbie’s “Modern” cousin and was introduced in 1966, and had beautiful rooted eyelashes. Francie was less busty and shapely than her cousin, but perfectly fit the Twiggy aesthetic of the time. Ten years later, with the ’80s on the horizon and Francie’s too-cool style becoming a threat to her cousin, she simply disappeared.
Our Theory: Francie posed a threat as the yang to Barbie’s yin for a long time, and the prospect of Francie’s physique remaining in vogue forever was too much. Francie and Barbie went to a Saturday Night Fever midnight screening and Francie’s dear, ageless cousin walked her home via the back roads…and was never seen again. Joke’s on Barbie though, people love when white ladies die so she’s got a bunch of folk albums written about her. 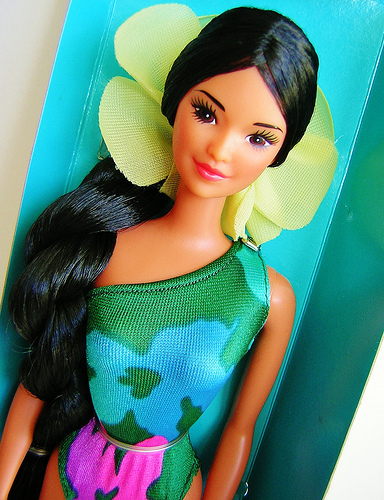 The Victims: The ’80s Girls: Tracy, Miko and Whitney
Last Seen: 1989
Their Story: After the disappearance of her cousin Francie, Barbie fell into a tailspin of a series of failed careers and friendships that she passed off as going through “phases” as she matured into her twenties. Among these friends were Whitney, who was released under the heading “Jewel Secrets,” Miko, Barbie’s Pacific Islander friend who disappeared within a year of their meeting and Tracy, a bride who didn’t live to see her one-year wedding anniversary in the early ’80s.
Our Theory: Though the three women never met, we believe that they all shared a deceptive relationship with Barbara Roberts and were all “permanently misplaced” on similar kayak trips behind the Dream House. There’s a reason why Roberts has forbidden the police to enter the Dreamy estate for years, making repeated claims that the water in the lagoon behind the home is “plastic and cannot actually be used for swimming.” 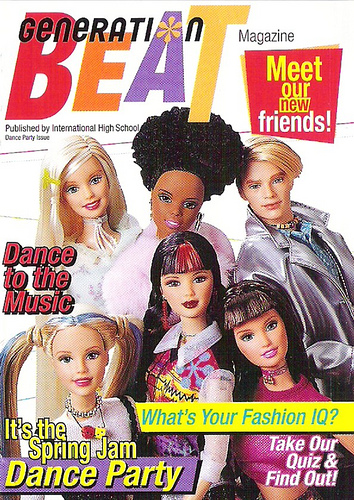 The Victims: All of the Generation Girls (Lara, Tori, Ana, Chelsie, Nichelle, Mari, Blaine)
Last Seen: 1999
Their Story:  For some reason, Barbara Roberts was allowed to enroll in an international arts high school in 1999 and made friends with a bunch of funky teenagers from around the globe, as well as briefly rendezvousing with a young man named Blaine who “fav hang” was the “music store.” The friends were extremely close for a time, starring in a series of books and fighting with each other, their parents and their teachers in addition to throwing some totally cool parties. Though their ankle tattoos and nose rings were totally dope, things unraveled quickly and we never saw the chums graduate.
Our Theory: Sure, Barbara can simply say that the young women returned to their home countries, but that doesn’t explain why a 40-year-old woman would have others believe she was a junior in high school. We’d like to cast suspicion on the “Dance Party,” after which none of the young women were heard from again – is it possible that the woman who was old enough to be their mother snapped that night in the gymnasium? This tragedy will endure for years to come – we’ll never forget Lara Morelli-Strauss’s favorite phrase “What’s Happening!”, or the way that Tori Burns would say “Skateboarding rules!” So original, each and every one of them.

The Victims: All of the Fashion Fever girls (Gillian, Desiree, Courtney, Drew, Shannon, Tia)
Last Seen: 2005
Their Story: After the Generation Girls case went completely uninvestigated in the late ’90s, Barbara Roberts took her chances on yet another group of vulnerable young girls when going through what is suspected to be her mid-life crisis during the 2000s. Befriending a new band of stylish, undoubtedly wealthy teenagers, Barbara once again infiltrated the group and is suspected to be the cause of their disappearance, rebranding a new team of women called the “Fashionistas” just two years later.
Our Theory: In cases like these, one can’t help but notice that all victims are the exact same clothing and show size as Barbara, who will not give Dream House closet access to the authorities. Consider our eyebrows raised. 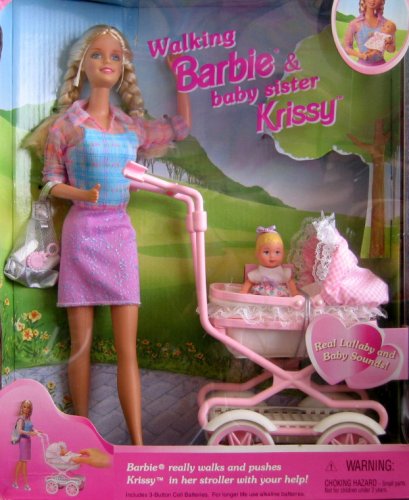 The Victim: Kristine “Krissie” Roberts
Last Seen: 2001
Her Story: Not much to say here – Krissie was born, and disappeared shortly after. Tragic.
Our Theory: Really, Barbara? By the time she hit middle age, Barbie had undergone extensive surgery to maintain a youthful glow and is suspected to be responsible for the disappearance of her youngest sister, Kristine Roberts. However, this begs an even more incriminating question – how on earth are her parents still able to conceive after all these years? There is surely some mysterious magic cursing the Barbie universe, or this clearly demented woman is passing off her own children as her siblings. Considering what a complete sociopath her longtime boyfriend Ken Carson is, this wouldn’t be a big surprise.

These cases are just the tip of the iceberg, with upwards of a hundred additional Barbie companions that have disappeared without an explanation from Mattel over the years. Clearly, Barbara Roberts’ life, marked by crimes of jealousy and rage time and time again, is part of a coverup from her mother company, and her repeated coverups, relocation and career changes are foiled by her refusal to change her own name.

Happy belated, Barbara – I would not get on your bad side, because my very life hangs in the balance.

This should never have happened. END_OF_DOCUMENT_TOKEN_TO_BE_REPLACED

I spend far too much time on Twitter. Here’s a handful of posts from last year that I found to be entertaining on one level or another. Enjoy. END_OF_DOCUMENT_TOKEN_TO_BE_REPLACED

Apologies in advance for burying this in your skull forever. END_OF_DOCUMENT_TOKEN_TO_BE_REPLACED

If you like cover songs, you’re gonna love this. And by love, we mean probably hate. END_OF_DOCUMENT_TOKEN_TO_BE_REPLACED

Whether you celebrate the unofficial beginning of summer on Memorial Day weekend, or Meteorological Summer on June 1, or the Summer Solstice, make no mistake: summer is here. END_OF_DOCUMENT_TOKEN_TO_BE_REPLACED

The nu-metal mainstays have covered the unlikeliest of songs. END_OF_DOCUMENT_TOKEN_TO_BE_REPLACED

Ladies and gentlemen, from the far-reaches of the internet, I present to you…La Boing Boing Rock Band. END_OF_DOCUMENT_TOKEN_TO_BE_REPLACED