Hannibal Buress Will Ask ‘Why?’ On New Comedy Central Show 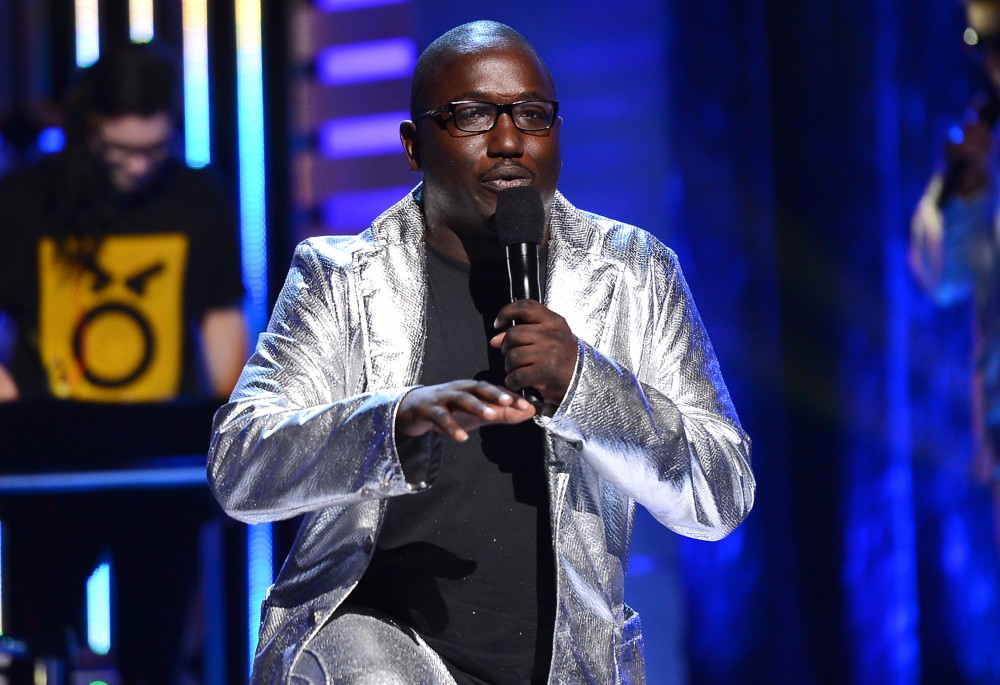 If you like him on Broad City, and you’re insane enough to sit through The Eric Andre Show, you should be happy to know that standup comedian and star of the two aforementioned programs will be getting his own time slot on Comedy Central in the coming months.

Hannibal Buress, who, beyond his work on television, also happens to be a talented comic, will be taking doing his best to “help Comedy Central sell advertising” when Why? debuts this coming July.

According to Kent Alterman, the channel’s president of content development and original programming, the decision was about as nonchalant as we’ve come to expect from most things involving Buress.

“Hannibal keeps asking us ‘why’ so we just told him to go find out and we’ll air it.”

Buress, a Chicago native, made waves late last year when he called Bill Cosby out for hypocrisy stemming from his alleged behavior in the past. The comedian told his Philadelphia audience that Cosby’s stance of “pull your pants up black people, I was on TV in the ’80s! I can talk down to you because I had a successful sitcom!” falls short due to the transgressions said to have been committed by the star. “Yeah, but you rape women, Bill Cosby, so turn the crazy down a couple notches.”

Since the video of the performance spread, more than a dozen more Cosby accusers have come forward. We highly doubt Buress will be getting into anything even remotely as sensitive as Cosby on his new show, but we’re excited to see just how uncensored he remains.

Comedian Myq Kaplan is a comedian named Myq Kaplan. He joined me in studio this afternoon, and he’s at Laugh Boston this weekend. Click here for tickets. END_OF_DOCUMENT_TOKEN_TO_BE_REPLACED

My goodness, I love Sue Costello. It was great having her back in studio today to talk about her one-woman show, #IAmSueCostello, playing tonight at the Revere Hotel. Click here for tickets. END_OF_DOCUMENT_TOKEN_TO_BE_REPLACED

Trump Takes On…Boston! is running now through election night at Laugh Boston. David Carl was back in studio this afternoon to talk about bringing Donald Trump to the stage, the cathartic element (for both him and the audience) and how audiences have been reacting so far. END_OF_DOCUMENT_TOKEN_TO_BE_REPLACED

Trump Takes On…Boston! has arrived at Laugh Boston. I had comedian David Carl, who is portraying Trump, in studio this morning to talk about the show. END_OF_DOCUMENT_TOKEN_TO_BE_REPLACED

Lachlan Patterson made me laugh this morning. Let him make you laugh this weekend at Laugh Boston. Click here for tickets, and click “more” to hear our conversation. END_OF_DOCUMENT_TOKEN_TO_BE_REPLACED

Always a pleasure to have Boston.com’s Perry Eaton in studio for a chat. After we talked a bit about Pearl Jam at Fenway and Perry’s new podcast, he filled us in on Game of Thrones live and Narragansett’s new Bananagrams-themed brew. END_OF_DOCUMENT_TOKEN_TO_BE_REPLACED

It was great to have Alonzo Bodden back in the RadioBDC studio this morning. Don’t miss him at Laugh Boston this weekend! Click here for tickets and info, then click through to hear my interview. END_OF_DOCUMENT_TOKEN_TO_BE_REPLACED