This Somerville family donated half their salary to charity 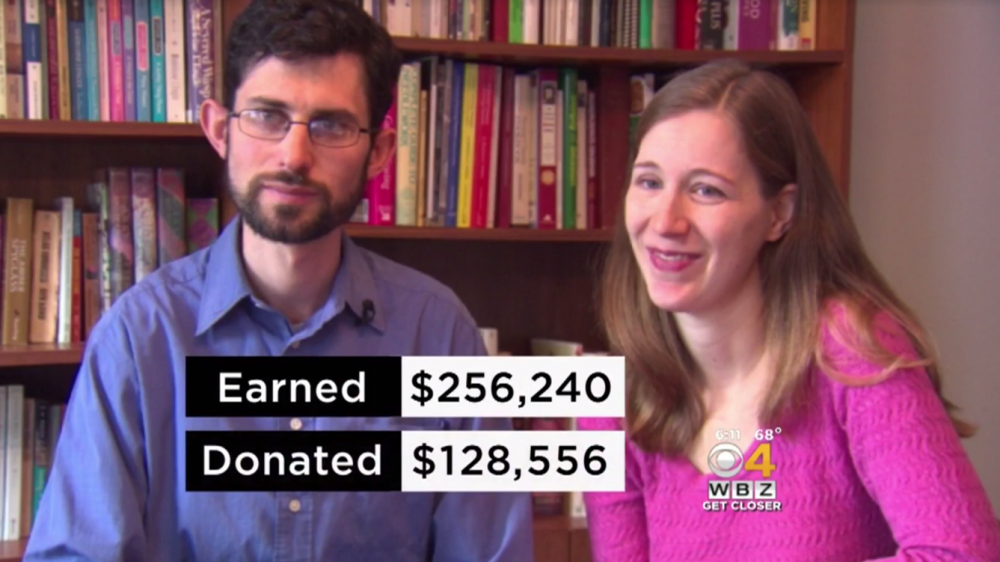 Kaufman, a software engineer, and Wise, who juggles two part-time jobs, are married with a young daughter and another baby on the way. Though they earned a comfortably six-figure salary last year, they’re not exactly a part of the one percent. But that didn’t stop them from donating half of their income to charity.

The Somerville couple told WBZ that they use an organization called Give Well to determine where they should donate. The tool evaluates charities and lets users know where their money can do the most good. Kaufman and Wise have given most of theirs to developing nations with a focus on world health.

“We’ve tried to prioritize the things that are very meaningful to us and let the rest of it go and live below our means,” Julia told WBZ. “It gives us satisfaction to know that we’re doing something more important with our money than buying a big-screen TV.”

And just as important are the lessons in generosity Jeff and Julia’s daughter is learning from a young age.

“She also learns about the importance of helping other people.”