Guy Makes Most Carefree Catch Ever at Fenway 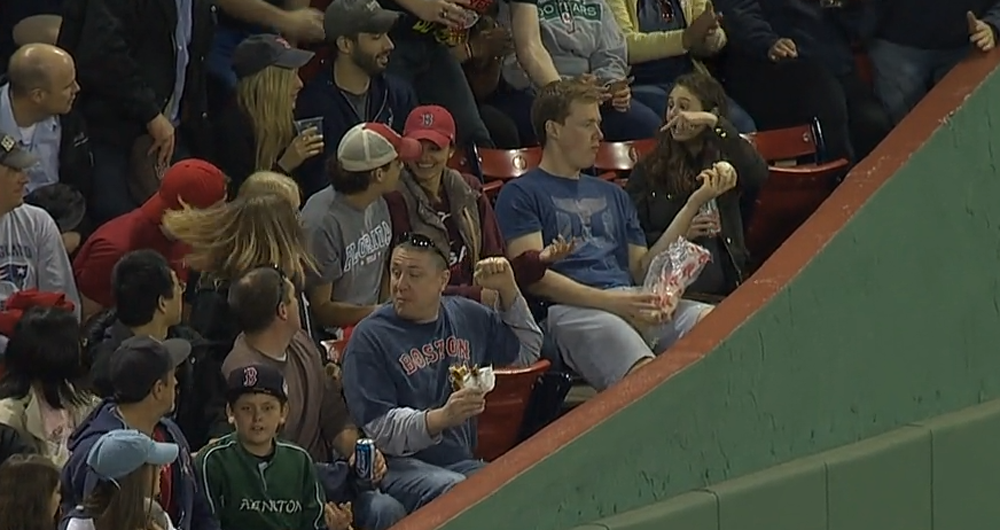 The left side of the Red Sox defense hasn’t been too spectacular this season. That is, until a home game the other night, when this fan in the left field grandstand, sporting a Hartford Whalers tee and shoving popcorn down his gullet, made the most nonchalant barehanded catch of all time. This dude not only looks cool and unaffected the whole time, but in a completely unstilted progression of acts, proceeds to hand the ball to the girl next to him. In one grand move, this fella passed Grady Sizemore as the biggest stud at Fenway.

In reality, this may have just been an involuntary act of reflexes. If you’ll notice where the ball way likely headed, it’s clear that had his hand not been there, he was in for a whole new world of pain. Luckily, he avoided “zero” status, and achieved “hero” status. Now, can we get this kid 5 day contract?

The gif below shows the catch in its (rather small) glory. To see it in larger form, check out SB Nation.