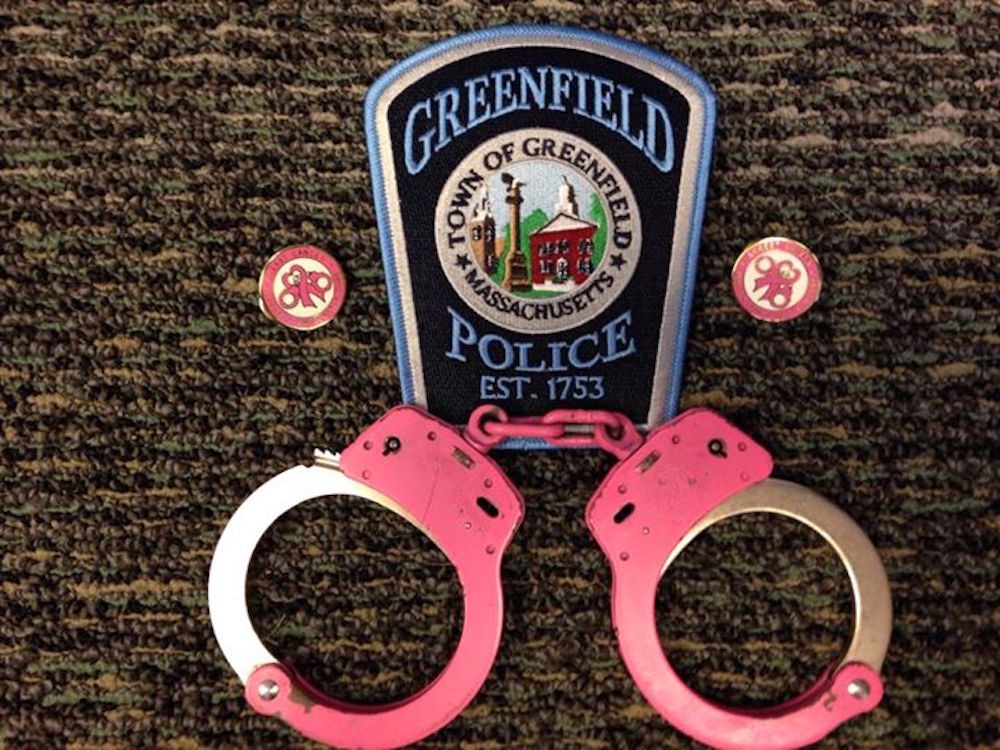 The police department in Greenfield, Massachusetts posted a photo to their Facebook page last week announcing that they would be using pink handcuffs throughout the month of October in order to pay homage to Breast Cancer Awareness month.

Responses to the temporary rebranding have been varied. Some folks commended the Greenfield Police Department for addressing the issue of breast cancer, while others criticized the decision to “go pink” as being an unhelpful instance of “pinkwashing.”

“Many of our community members, including some of our own friends and family members, have been affected by breast or other types of cancer,” the post reads.

“Officers of the Greenfield Police Department have ‘gone pink’ in order to raise awareness for the disease!” the October 1 post continued. “All of our officers have changed their collar pins, which were blue and white state seals to pink and white pins which states ‘ARREST BREAST CANCER – UNLOCK THE CURE’ surrounding a pink ribbon and a pair of handcuffs.”

Critics pointed out the department’s failure to spread information about tangible resources for breast cancer.

There were also comments about the disconnect between making arrests and raising awareness for breast cancer, with users suggesting that that may not be the best time to remind people of the issue.

But the good intentions of the Greenfield PD were not lost on all readers.

So far, there has been no follow-up from Greenfield PD.

To learn more about breast cancer resources and ways you can help raise money and awareness, visit the National Breast Cancer Foundation’s website.