Government Center Station is closing for 2 years. Here’s what you need to know. 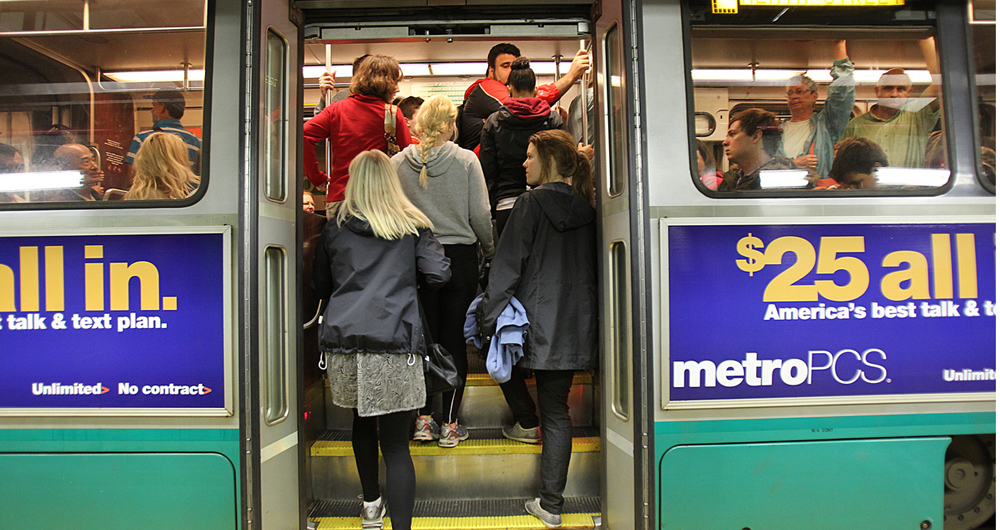 Travelers beware! Tomorrow, March 22, Government Center Station will be closed for two years for some much needed renovations. This will suck, but not as much as you think. Besides, the station is in dire need of an upgrade, and the T stop’s $90 million facelift will make all of our lives easier, once it’s completed. Here is a list of everything you need to know about the project.

Blue and Green lines will pass through the station, but will not stop.

In other words, the construction won’t affect your travel time unless your destination is near City Hall. In the summertime, when walking is pleasant and Hubway is abundant, you really won’t feel the extra couple of minutes getting off at State Street, Park Street, or Haymarket will add to your commute. Winter will be a totally different story.

The MBTA will be providing a free bus service between Haymarket, Bowdoin, State and Park Street stations, as well as the Government Center construction site. This isn’t a game changer, but it will be a nice perk for those who need to jet around downtown.

The station will get a facelift

The Government Center Station that greets visitors in 2016 will be slim and elegant, and a much more inviting entrance, all made of glass bracketed by exposed steel supports. And if any of your snooty, out-of-town friends scoff at how excited you are by a glass rectangle, you can remind them that the station used to look like a nuclear fallout shelter. And then you can get new friends.

The station will be safer – for everyone

Government station will get a much needed upgrade to its security systems, as well as new LED lights and a backup generator. Most importantly, the renovations will bring the station in line with the Americans with Disabilities Act. Currently, the station is only accessible by stairs and escalators. But in 2016 the station will have elevators to all floors, as well as raised platforms that allow people with disabilities to board Green Line trains.

Ugh. According to local music site Vanyaland, festival organizers don’t think that the construction will have a major impact on the festival, and by siting the main entrance at Congress Street (as was the case back in September), most concertgoers will be able to access the festival without ever coming close to the construction site. I’ll believe that when I see it, but for now we have to take festival planners at their word.

Enter to win a pair of tickets to attend The Hess Collection Seminar and Dinner as part of Boston Wine Festival 2018 at the Boston Harbor Hotel on Wednesday, March 14th. END_OF_DOCUMENT_TOKEN_TO_BE_REPLACED

Boston band Funeral Advantage is Tyler Kershaw. And Tyler Kershaw had a fun childhood, so it seems. END_OF_DOCUMENT_TOKEN_TO_BE_REPLACED

Perry put me on to daephne and the album blew my mind. END_OF_DOCUMENT_TOKEN_TO_BE_REPLACED

END_OF_DOCUMENT_TOKEN_TO_BE_REPLACED

Ted Regan of the family-owned and operated Mass Bay Lines joined me in studio this morning. This summer, Mass By Lines is celebrating their 50th anniversary by adding a variety of specialty cruises to their well-known Harbor Tours, Sunset Cruises, and Starlight Cruises. Click here to enter to win VIP passes that will get you on to any cruise for free for the entire summer! Click through to listen to my chat with Ted. END_OF_DOCUMENT_TOKEN_TO_BE_REPLACED