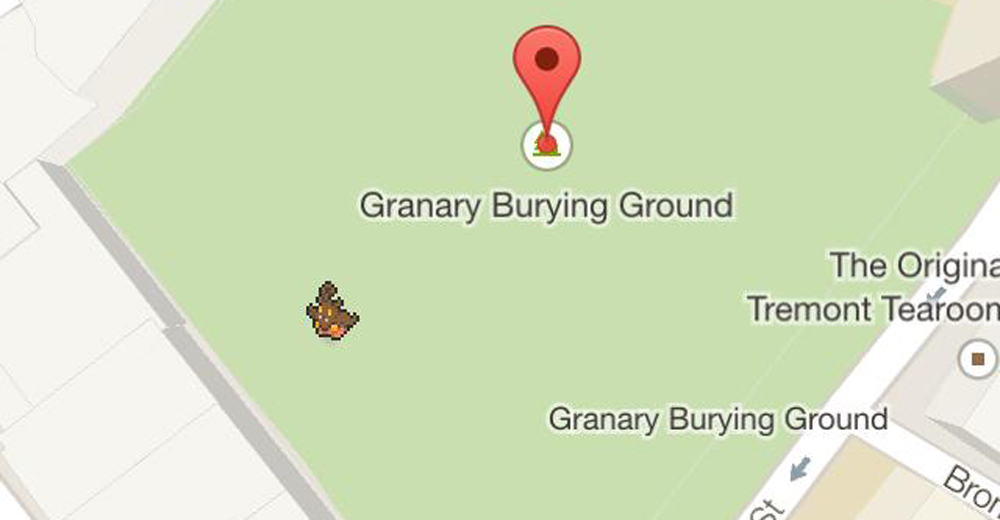 The Silicon Valley search engine monolith and Supreme Overlord of All Things Internet announced today that, in celebration of the prank-happy pseudo holiday, they will be turning their popular Google Maps app into a Pokemon adventure.

Though the campaign promises the winner a probably fake position at Google, there’s nothing truly mean-spirited, misleading, or conniving about Google’s April Fool’s ploy. Nothing about the prospect of an augmented reality in which hundreds of 90s kids spend a day browsing for Kangaskhan via their iPhones seems ill-willed at all.

C’mon Google, give us cellophane on the toilet seat! How about a handful of shaving cream to the cheek?! Don’t offer me the chance to live out my childhood dream in real time in return for tangible gratification – that’s a total Professor Oak move! April Fool’s is all about being Team Rocket.

Google’s utter lack of malfeasance and complete disrespect for America’s singular celebrated day of tomfoolery aside, this rules. Even if it is some kind of zany prank wherein Google misleads a generation of nostalgia addicts only to pull the rug out from under them, the very idea that this is technologically feasible is brain candy enough, and there are 150 digital Pokemon out there for the catching. Plus, when you’re a company that nearly everyone resents for selling private information under the guise of increased user interaction, maybe you leave the mischief for the other 364 calendar days.

So get out there and get hunting, Boston. Maybe there’s a Vulpix prowling the Paul Revere House or a Lapras making waves in Jamaica Pond. It’s your duty to get out there and, using Google’s patented behavior-cataloging technology, catch ’em all!

This should never have happened. END_OF_DOCUMENT_TOKEN_TO_BE_REPLACED

I spend far too much time on Twitter. Here’s a handful of posts from last year that I found to be entertaining on one level or another. Enjoy. END_OF_DOCUMENT_TOKEN_TO_BE_REPLACED

Apologies in advance for burying this in your skull forever. END_OF_DOCUMENT_TOKEN_TO_BE_REPLACED

If you like cover songs, you’re gonna love this. And by love, we mean probably hate. END_OF_DOCUMENT_TOKEN_TO_BE_REPLACED

Whether you celebrate the unofficial beginning of summer on Memorial Day weekend, or Meteorological Summer on June 1, or the Summer Solstice, make no mistake: summer is here. END_OF_DOCUMENT_TOKEN_TO_BE_REPLACED

The nu-metal mainstays have covered the unlikeliest of songs. END_OF_DOCUMENT_TOKEN_TO_BE_REPLACED

Ladies and gentlemen, from the far-reaches of the internet, I present to you…La Boing Boing Rock Band. END_OF_DOCUMENT_TOKEN_TO_BE_REPLACED