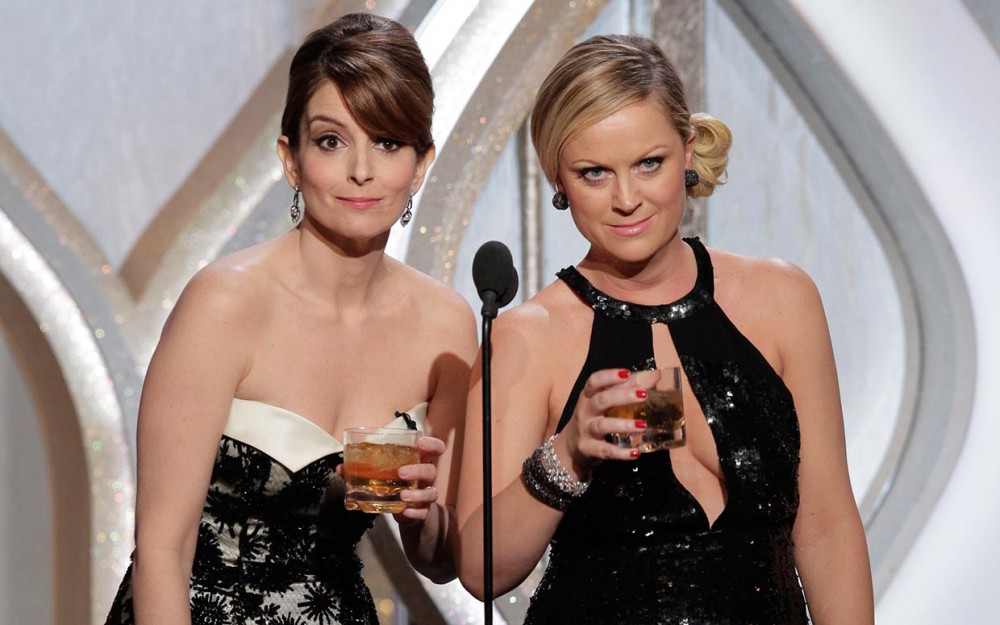 Tina Fey said there would be Bill Cosby jokes at the Golden Globes tonight. She and co-host Amy Poehler did not disappoint.

Their full monologue can be seen here; the Cosby joke comes at the 8:50 mark.

“In ‘Into the Woods,'” Poehler joked, “Cinderella runs from her prince, Rapunzel is thrown from a tower for her prince, and Sleeping Beauty just thought she was getting coffee with Bill Cosby.”

Here’s the exact moment she delivered the punchline.

Many of the celebrities in the audience couldn’t believe it.

Except George Clooney, seen in the upper part of this reaction photo. He was all in.

Using the audience reaction to the Bill Cosby joke to decide which celebs I like #GoldenGlobes pic.twitter.com/IGe0EBMjrn

Yep. She did the pudding voice.

Always a pleasure to have Boston.com’s Perry Eaton in studio for a chat. After we talked a bit about Pearl Jam at Fenway and Perry’s new podcast, he filled us in on Game of Thrones live and Narragansett’s new Bananagrams-themed brew. END_OF_DOCUMENT_TOKEN_TO_BE_REPLACED

No, not from afar, from the comfort of her couch. From the actual awards themselves. That’s where Meredith Goldstein was for the Oscars. She shared all the juicy, first-hand details with me. END_OF_DOCUMENT_TOKEN_TO_BE_REPLACED

It was wonderful having our good friend Meredith Goldstein back in studio this morning. She dug into the latest edition of Love Letters, which prompted us to play this song. And of course we had to discuss the Oscars. Make sure you’re following Meredith on Twitter, as she’ll be live-tweeting the awards this Sunday night. END_OF_DOCUMENT_TOKEN_TO_BE_REPLACED

Our first edition of TV Sets for 2016 might be better than every edition from 2015. END_OF_DOCUMENT_TOKEN_TO_BE_REPLACED