Going on tour? Beverly’s Greenvans helps bands get on the road cheap 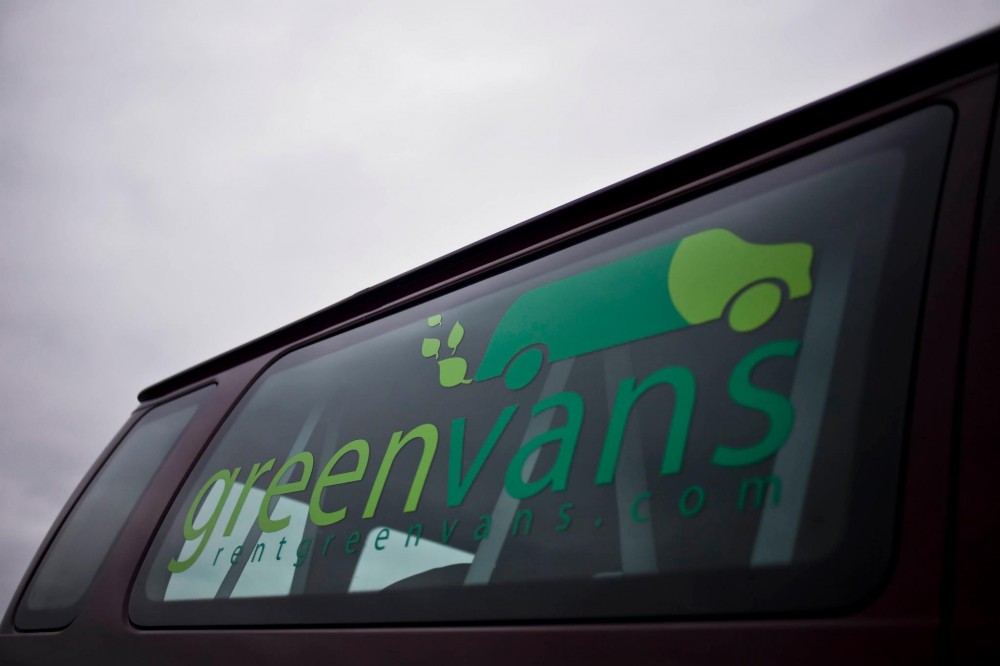 For bands around the country, right around now is when the fun starts. With South by Southwest in Austin, Texas, just weeks away and better weather around the corner, young artists are starting to hit the open road. That is, except for one big series of obstacles: Young bands are broke, gas is expensive, and vans aren’t all that cheap. Transporting a bunch of musicians and equipment will never be a bargain, but thanks to Beverly-based rental company Greenvans, it can at least be suited to accommodate a touring band’s needs.

Andy Reitz, 31, co-founder of Greenvans with Anthony Rovedo, 32, makes it the company’s mission to get more young bands on tour. “I’ve specifically worked with musicians for a long time, so I understand how tour schedules work, how tight budgets are, and how little margin for error there is,” he says. “I try and work with bands to fit their price range and get them something reliable.”

It’s this personal approach that seems to translate well with musicians who are new to touring life. Singer Chris LaRocque of local indie rock band The Color and Sound say he looks back on his band’s first touring experience quite favorably. “We had been offered a tour out to the midwest and back over the winter, and Andy got back to us within hours of our first email with a quote that was nearly $1,000 cheaper than any other rental place we had been looking into for a van,” he says. “He also ran us through Greenvans’ 24-hour roadside assistance which for us was a huge added bonus when it came to our peace of mind.” Greenvans’ allegiance to touring bands could be a result of Reitz’s own history as a musician.

Reitz was the original drummer for North Shore hardcore band Defeater, which is why he first bought a van in 2007. That’s where the concept for Greenvans originated. “Other bands within our circle caught wind of it and wanted to borrow the van, to which I said no,” he says. “But eventually the timing was right for renting it out, and we did that with one band. That’s kind of how the framework of the company started.” Seven years later and Greenvans has now helped bands play over 6,000 shows to date, with van problems only resulting in four missed gigs. Reitz hopes to continue to grow upon that track record while expanding the business to new territories.

While Reitz handles all of the customer service, booking, and logistics, his business partner Rovedo maintains all of the accounting and the day-to-day financial management. Greenvans prides itself on the model of quoting all rentals ahead of time. Reitz takes into consideration the length of the tour as well as the season, but says that in general the company tends to charge about $90-100 per day for a 15-passenger van. This also includes the assurance that any mishaps or accidents will be handled by Greenvans, 24 hours a day.

Greenvans: The Brand Film from DAN GILLAN FILMS on Vimeo.

Greenvans is now opening a second location in Huntington Beach, Calif., and seeking out van-sponsorship opportunities to put bands on tour for even cheaper. And Reitz hopes to continue the focus on environmentally conscious alternatives, as well. One of the company’s original projects was converting diesel engines to run on waste vegetable oil. “It’s harder now with the veggie rigs, because the parts aren’t being manufactured anymore,” Reitz says, explaining that the company is going to wait and see if these parts come back into production before putting those vans back out on the road. Instead, Greenvans now lives up to its name by offering biodiesel alternatives at affordable prices.

Bands can rely on the Internet on promotion or perhaps foolishly rely on record sales for sustainability, but there’s no better form of networking than getting out on the road for a tour. When options are thin and expensive, Greenvans makes a concentrated effort to fit the needs of a tour schedule and the lifestyle of a group of musicians. Vans are still available for treks to SXSW, as well as spring and summer tours. “I have a lot of respect for bands that get out and tour,” Reitz says. “The more that I can help people do that, the better.”

Enter to win tickets to see Trio Da Kali at The Villa Victoria Center of the Arts (Newton, MA) on April 10th. END_OF_DOCUMENT_TOKEN_TO_BE_REPLACED

END_OF_DOCUMENT_TOKEN_TO_BE_REPLACED

Enter to win tickets to Rhye at The Paradise on February 28th. END_OF_DOCUMENT_TOKEN_TO_BE_REPLACED

Her new album has been pushed back, but we have Kimbra’s new single for you. END_OF_DOCUMENT_TOKEN_TO_BE_REPLACED

The folk duo returns with a new record this week. END_OF_DOCUMENT_TOKEN_TO_BE_REPLACED

Now that we’re done looking back at 2017, let’s look ahead at 2018. END_OF_DOCUMENT_TOKEN_TO_BE_REPLACED

Our first Song of the Week for 2018. END_OF_DOCUMENT_TOKEN_TO_BE_REPLACED

In a year when so many things were off, the music was right on. END_OF_DOCUMENT_TOKEN_TO_BE_REPLACED