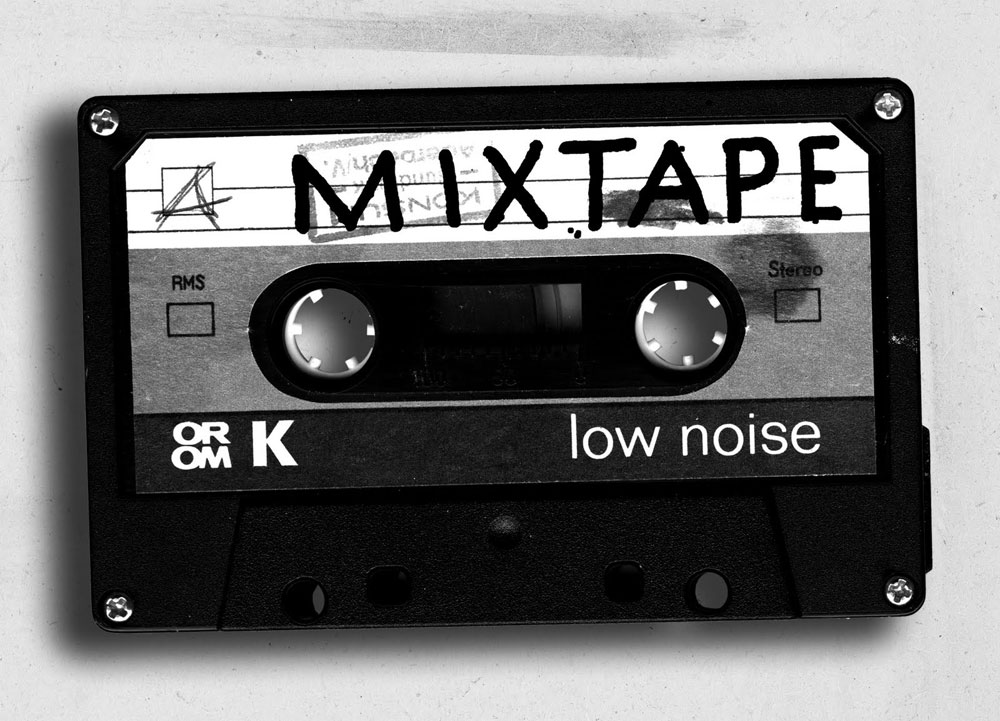 The cassette is making a comeback, as confusing as that may seem to some, and I’m welcoming it with open arms because I miss mix tapes like hell. Not mixes, not CDs, not iTunes playlists pieced together and handed to you without ceremony on a thumb drive — mix tapes, the ones your significant other sat by a boombox to record straight from the radio or the well-worn ones with nail polish-painted cases that you shared between best friends.

As a kid, I had a thing for plastering discarded shoeboxes with collages cut from the pages of Rolling Stone, National Geographic, and Seventeen. And those shoeboxes, currently safe on a shelf in the guestroom closet at my mom’s house, are like tiny little decoupaged filing cabinets that archived my budding music taste. I have no way to play them anymore, those all-too-important and all-too-imperfect collections of the first songs that meant anything to me, but I’m saving them because they represent the best kind of nostalgia. The root of their significance took hold because these were the best kind of gifts to get from the people I loved at the time.

Good mixes — really good ones, those that were seemingly yanked from the recesses of your eardrums and the folds of every sound you liked — are hard to come by because the best ones are crafted with meticulous care that goes beyond expectation. “I thought of you when I heard this; I thought you would love this; I thought you would think about this; I thought of you.” Of the 30-odd tapes I’ve kept, a handful of them came with birthday cake or in time for the holidays and are the lone gift I remember from any given year. My favorite vinyl and albums have found their ways into my life through friends on special occasions, as well, and turning around and paying it forward in that respect has made the act of gifting music a tradition that keeps on giving tenfold.

The great thing about homemade mixes and pilfered records is that its cheap and it forces you to think more about the purchase you’re making or the project you’re taking on. Of course, the best thing about them is that they’re irreplaceable and inimitable. I think of my best friend when I listen to Neutral Milk Hotel’s “Holland 1945” because we shared an iPod when we were studying abroad together, and that was the song that got the most plays with us splitting a pair of earbuds over the course of the semester. The ex who shoved a burned CD into the binding of a book I let him borrow before we were dating introduced me to Bon Iver (back when “For Emma Forever Ago” was little more than a cabin recording) and wrote notes for why he picked each track for the mix he made. He has inspired me to do the same ever since. Finding the latest Rolling Stones reissue, rare vinyl, or weird compilation in time to be my dad’s Christmas present has turned into a game I look forward to every fall. I love that this musical scavenger hunt is a great thing for us around the holidays, especially because my dad would definitely prefer a copy of “Hot Rocks” that isn’t scratched beyond belief instead of another Merino scarf or something, even if he doesn’t have a turntable anymore.

All of these experiences in which I’ve been given a song or a mix or a record or have given music to someone else has played a part in how I actively listen, and for that I’m grateful. Those shoeboxes plastered with faded cutouts of Pacey Witter and Mick Jagger and the canopies of the Amazon gave me more than I was aware at the time. While I’ll gladly take that flash drive or a CD that holds a billion more songs than the first CD-Rs we shoved into stand-alone burners, there’s something to be said for the tape you have to listen to from start to finish, poorly punctuated breaks in between songs and accidentally taped-over intros and all.

“I listened to this and thought of you” is one of the greatest compliments a music lover can receive, and a piece of music shared between friends is never one you should hit the fast-forward button on.

Enter to win tickets to see Trio Da Kali at The Villa Victoria Center of the Arts (Newton, MA) on April 10th. END_OF_DOCUMENT_TOKEN_TO_BE_REPLACED

END_OF_DOCUMENT_TOKEN_TO_BE_REPLACED

Enter to win tickets to Rhye at The Paradise on February 28th. END_OF_DOCUMENT_TOKEN_TO_BE_REPLACED

Her new album has been pushed back, but we have Kimbra’s new single for you. END_OF_DOCUMENT_TOKEN_TO_BE_REPLACED

The folk duo returns with a new record this week. END_OF_DOCUMENT_TOKEN_TO_BE_REPLACED

Now that we’re done looking back at 2017, let’s look ahead at 2018. END_OF_DOCUMENT_TOKEN_TO_BE_REPLACED

Our first Song of the Week for 2018. END_OF_DOCUMENT_TOKEN_TO_BE_REPLACED

In a year when so many things were off, the music was right on. END_OF_DOCUMENT_TOKEN_TO_BE_REPLACED