Globally Welcoming the Hate: Chatting With Patriots Fan Club Members from Around the World 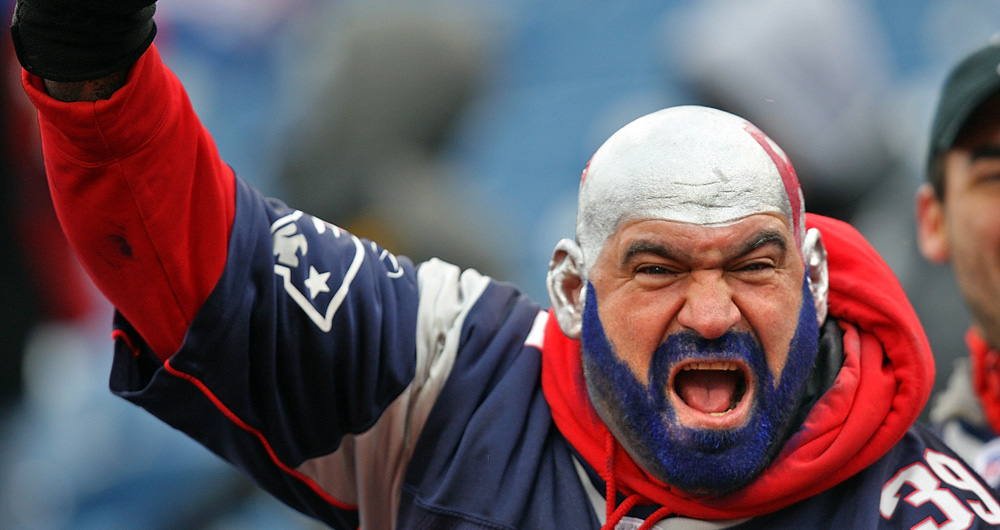 It came to light last month that the New England Patriots are the most hated football team in the world, a perplexing factoid considering the Jets, Broncos, Giants, Ravens, and the Washington Ethnic Slurs are all equally irredeemable leaking garbage bags.

Though those findings came from a wholly unscientific polling shared on Reddit, the idea that our beloved Patriots could draw global ire was disconcerting. Here, we’re just all, “Wicked heavy is the head that wears the crown!” But abroad? Aren’t they too busy with fútbol *holds pinky out in xenophobic fashion* for FOOTBBAAAHHLLL *chugs beer while flexing free bicep*?

Turns out, no. But don’t think Patriots fandom is exclusive to this nook of the world. Patriots fans are everywhere. And to commemorate, finally, the return of the regular season (New England Patriots vs. Miami Dolphins 1:00 p.m. EST on CBS [VIDEO: LIVE STREAM]. Please, don’t mind me, just juicing that sweet game day SEO.), we’ve reached out to a number of Pats fan clubs from all over the world to get their takes on the team, as well as their outlook on the upcoming season.

Tony Marti (TM), Patriots Brasil, which, in true New England fashion, opted to answer our questions “as a team.”

Some answers have been edited slightly, but only because, well, there was a bit of a language barrier. But that didn’t matter because we’re all united by the blue and silver.

Don’t drown in the hate when you can bask in the love.

The Patriots were recently named the most hated team in the world. Do you find that to be true where you are?

DS: In Russia, The New England Patriots are the most popular team in the NFL. They have more fans than any other team. I, however, can understand why a lot of people hate a very strong team. A lot of people also dislike, even hate the Moscow Patriots, which is the strongest team playing American football in Russia.

PS: Compassion is received as a gift, envy has to be deserved! We all support the best German NFL player – Sebastian [Vollmer]!

GP: It is the same in Italy. When a team wins there’s always some sort of antipathy. But our Patriots work and answer with facts and on the field.

TM: In Brazil, it is the team with the most fans, but interestingly also the most hated. We believe that hatred from rivals stems from the huge success that the Patriots have achieved in the last 12, 13 years. And who would not want to have the best QB in NFL history and the best head coach on your team? In short, the team with the greatest success is always the most hated. Probably 10 years from now the story changes. Or not. LOL.

How would one say “Butt Fumble” in Portuguese/Russian/German/Italian?

GP: 14-2 in the regular season and post season… The playoffs are weird and everything can happen.

DS: Winning in the Super Bowl, of course!

Which Manning brother is more evil?

PS: It’s Peyton because of his OMAHA and his pumpkin head.

What do you make of the offense this year?

GP: We have good wide receivers. Brandon LaFell, [Aaron] Dobson, [Kenbrell] Thompkins, [Danny] Amendola, [Josh] Boyce and not to forget the return of the legendary GRONK!!! I don’t know but it reminds me of the 2007 team, with the hope that the ending will be pleasant this year.

How do you feel about the defense right now?

TM: Probably the best defense we’ve had in a long time. The front seven and the lack of depth worries [us] a bit, but the secondary will compensate.

Last year Bob Kraft said Vladimir Putin stole one of his Super Bowl rings. A Putin spokesperson said it was a gift. What do you make of all that?

DS: I have my opinion about that, but I would prefer to share when the current politic situation calms down.

What do you think Bill Belichick and Aaron Hernandez were talking about in those text messages?

TM: “Hey, at least you still have a chance to play with Paul Crewe!!!”

What’s most critical to the Patriots success this season?

GP: We don’t have all those injuries we had last season.

The Black and Gold continue their run tonight at TD Garden. END_OF_DOCUMENT_TOKEN_TO_BE_REPLACED

Who will make the Class of 2018? END_OF_DOCUMENT_TOKEN_TO_BE_REPLACED

It’s been awhile since we talked Black and Gold. END_OF_DOCUMENT_TOKEN_TO_BE_REPLACED

You’re going to wish you were in the Northern Alps. END_OF_DOCUMENT_TOKEN_TO_BE_REPLACED

END_OF_DOCUMENT_TOKEN_TO_BE_REPLACED

Bill might be “on to Tennessee,” but we’re not. END_OF_DOCUMENT_TOKEN_TO_BE_REPLACED