Get ready to have no social life: Best midseason TV premieres 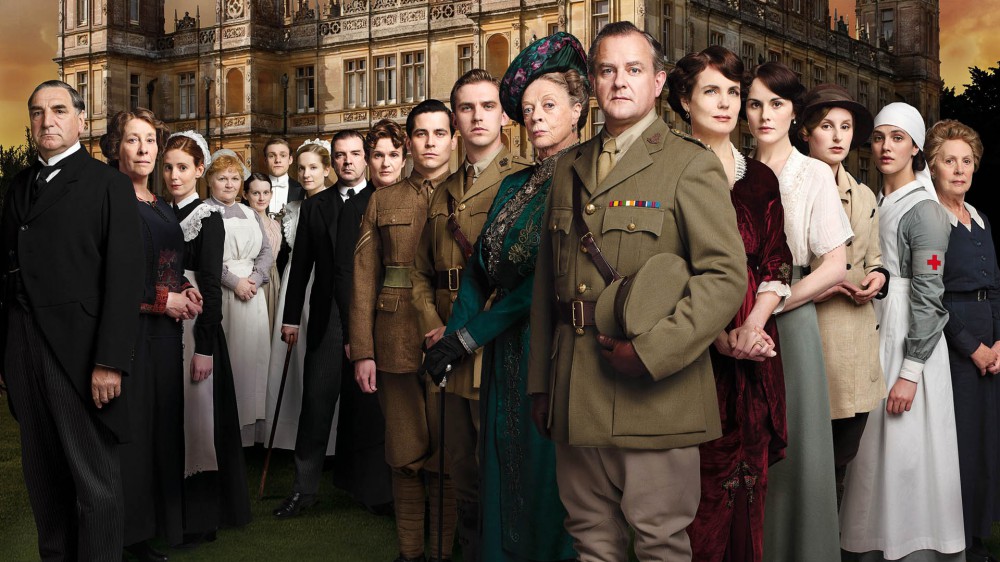 The new year is soon to be upon us and along with bringing the Sochi Olympics and the second half of the network television season, 2014 also has a lot to offer on cable TV. These are the most important shows of the year, from across the spectrum of genres.

If you weren’t depressed at the end of last season, there is something wrong with you. Now we find Mary and Branson each recently widowed and having to deal with small children, as well as the usual upper-class nonsense that pervades the lives of the early 20th century English aristocracy and the people they employ. If the trailer is any indication, though, Mary’s grief will be central to the season, as well as the relationship between Anna and Bates, who just can’t seem to catch a break. Also looking forward to more from the new addition, Lady Rose, who likes to drink and go to jazz clubs! (What a hussy.) (Jan. 5, 9 p.m., PBS)

“The Spoils of Babylon”

This miniseries has such a bizarre premise and such an incredible cast, it’s surely not to be missed, despite there being little information about it. IFC and Will Ferrell teamed up for a mock adaptation of a fake novel by an author who doesn’t exist. The trailer and the over-the-top site (this is meant to be a parody of a serious miniseries) says “Spoils” will be something between Wes Anderson on acid and “Saturday Night Live.” Starring Tobey Maguire, Haley Joel Osment (where has that kid been?!), Kristin Wiig, and Jessica Alba. (Jan. 9, 10 p.m., IFC)

From the network that brought you “Sharknado” comes what looks like a legitimately scary sci-fi show. A team from the Centers for Disease Control is sent to a research facility in the Arctic to study and (hopefully) contain a viral pathogen that may not be… human. Spooky! “Helix” has some pretty impressive billing off the bat, with credits that include the expert producers of “Battlestar Gallactica,” “Lost,” “Contact,” and the “X Files.” (Jan. 10, 10 p.m., Syfy)

Hannah and the crew (including Jessa!) are back for more millennial hijinks and a truly in-depth exploration of the quarter-life crises of privileged white women. Hannah (writer/director/wunderkind Lena Dunham) is looking to answer the question “Who is Hannah Horvath?” by continuing her pseudo-abusive relationship with Adam and running around trying to be a writer. Meanwhile, her friends Shoshanna, Jessa, and Marnie face their own demons, like loneliness, selfishness, and the challenging world of emoji communication. (Jan. 12, 10 p.m., HBO)

A frank, dark comedy, the series is back for its fourth season of mayhem and debauchery caused by Gallagher clan patriarch (William H. Macy) and his brood of seriously smart-yet-troubled children. Yes, it’s about the absolute chaos that can reign in a situation with too many people, too little money, and way too many substances, but it’s also about love and family and all that good stuff. (Jan. 12, at 9 p.m., Showtime)

This modern adaptation of Sir Authur Conan Doyle’s classic series of adventure and intrigue is everything it needs to be. Benedict Cumberbatch and Martin Freeman are perfect as Holmes and Watson, and even as a police procedural, the show is full of wonderfully-executed twists. Sadly, as with the two other seasons, this one is set for only three episodes. We’ll know how Sherlock faked his own death and what’s been keeping Watson busy since. (Jan. 19, 10 p.m., PBS)

The brilliantly conniving Rep. Francis Underwood, played by the great Kevin Spacey, is back for more backstabbing, manipulation, and power plays for the second season of Netflix’s runaway hit series. The Underwoods are the classic Washington family – Congressman husband on a quest to rule the world and his ice cold charity president wife who will stop at nothing to get to the top. Then, there are the Washington characters the Underwoods have to deal with, either by controlling them or cutting them down. There’s the spunky political blogger with a taste for stirring the pot and her editor who seems totally too freaked out by everything going on around him. There’s the president and his chief of staff, unknowingly at the epicenter of the Underwoods’ plan. And there are the sappy fellow Congressmen, their aides, and of course, the public. With plenty of booze, drugs, sex and murder, this is possibly the best show not on TV. (Feb. 14, streaming on Netflix).

Who knew Felicity was such a badass? Never underestimate Keri Russel’s ruthlessness on this show. She is loyal to the motherland (Russia) and she will fuck you up. In Season 2, our favorite Soviet spies, Phillip and Elizabeth Jennings (no longer in a stable relationship, but still working together as KGB agents), will no doubt bring the heat as the USSR begins to crumble and war could be just around the corner. (February, details TBA, FX)

Always a pleasure to have Boston.com’s Perry Eaton in studio for a chat. After we talked a bit about Pearl Jam at Fenway and Perry’s new podcast, he filled us in on Game of Thrones live and Narragansett’s new Bananagrams-themed brew. END_OF_DOCUMENT_TOKEN_TO_BE_REPLACED

No, not from afar, from the comfort of her couch. From the actual awards themselves. That’s where Meredith Goldstein was for the Oscars. She shared all the juicy, first-hand details with me. END_OF_DOCUMENT_TOKEN_TO_BE_REPLACED

It was wonderful having our good friend Meredith Goldstein back in studio this morning. She dug into the latest edition of Love Letters, which prompted us to play this song. And of course we had to discuss the Oscars. Make sure you’re following Meredith on Twitter, as she’ll be live-tweeting the awards this Sunday night. END_OF_DOCUMENT_TOKEN_TO_BE_REPLACED

Our first edition of TV Sets for 2016 might be better than every edition from 2015. END_OF_DOCUMENT_TOKEN_TO_BE_REPLACED