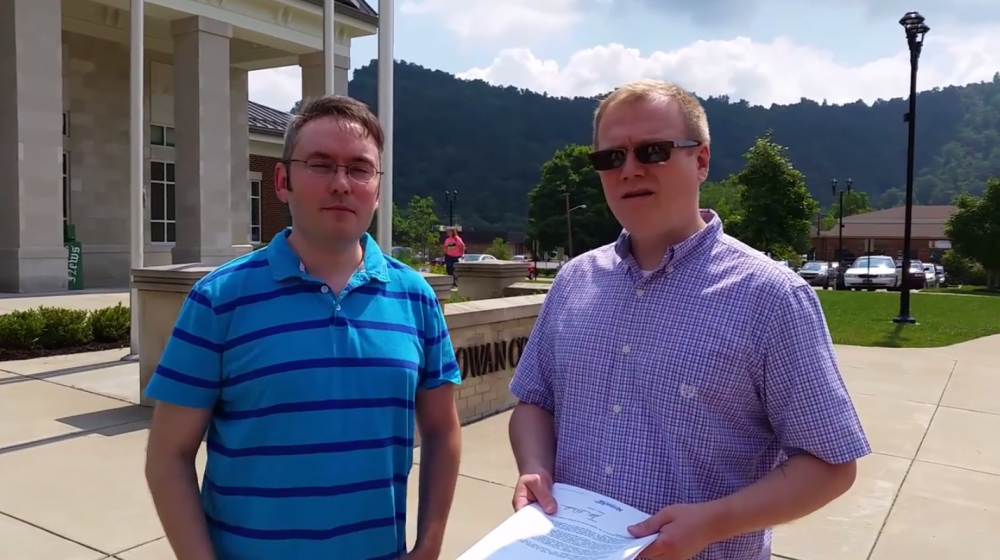 The Supreme Court has ruled same-sex marriage a Constitutional right, but one county clerk in Kentucky seem to think her opinion is above the law. And there’s video footage to prove it.

David V. Moore and his partner have been together for 17 years and have lived in Rowan County, Kentucky for over a decade. They own property, pay their taxes and support their community. But when they went to the Rowan County Courthouse July 6 to apply for a marriage license, they were denied by all workers present.

Why? Because Kim Davis, the county clerk in charge of issuing licenses, felt the right not to “as a Christian.”

After waiting for five entire minutes without any workers asking them what they needed, workers told the couple that the courthouse would not be issuing them a license and to go to a neighboring county instead.

Moore’s friend was filming the response to the couple’s request—an act that the courthouse deemed worthy of a call to the police. 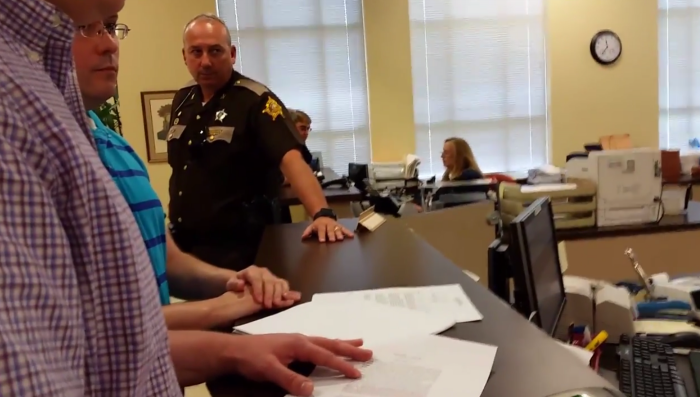 The courthouse clerks weren’t the only ones who gave Moore and his partner trouble.

Another man, joined by a woman wearing a “Swerve” T-shirt and yielding a flip phone, filmed the couple while calling them the “face of ignorance.”

On July 2, before Moore and his partner’s trip to the courthouse, the American Civil Liberties Union (ACLU) of Kentucky filed a lawsuit against Kim Davis, in which ACLU of Kentucky Cooperating Attorney Laura Landenwich stated, “Ms. Davis has the absolute right to believe whatever she wants about God, faith and religion.”

“But as a government official who swore an oath to uphold the law,” the statement continues, “she cannot pick and choose who she’s going to serve.”