Are People Really Going to Pay To Watch a ‘Game of Thrones’ Trailer in IMAX? 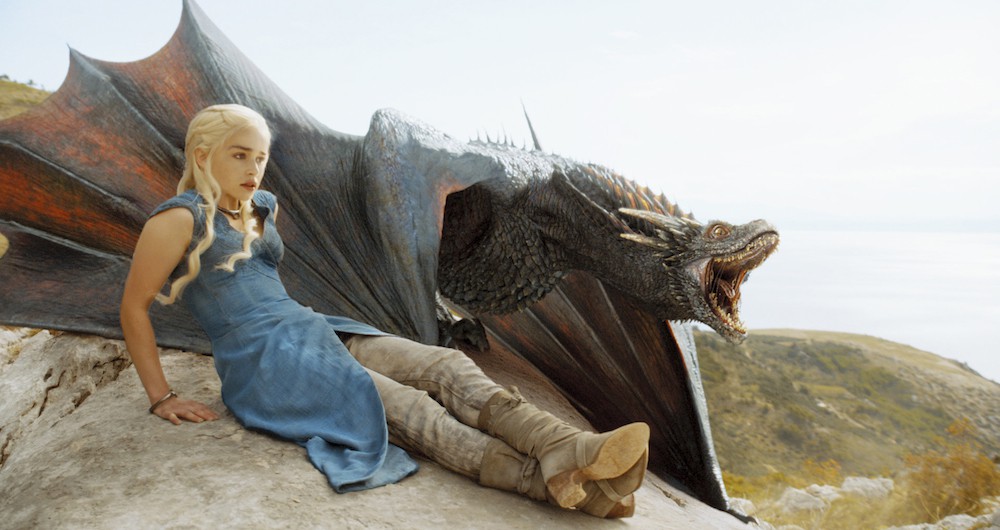 “Game of Thrones” is one of the most popular shows on television. But is it popular enough to charge fans money to see a trailer?

HBO announced in a press release today that it would be showing the two most recent episodes of “Game of Thrones” in IMAX theaters from January 23-29 before treating viewers to an exclusive trailer from season five of the HBO hit series. Tickets will go on sale on imax.com in the coming days, according to a press release.

“IMAX always seeks innovative ways to provide moviegoers a unique and differentiated experience and today’s partnership with HBO and Game of Thrones achieves just that,” said IMAX CEO Richard L. Gelfond. “This deal also furthers our efforts to offer exhibitors the opportunity to participate in alternative forms of content in a new and exciting way. As part of our broader strategy, we will continue to look for one-of-a-kind ways to provide consumers with special IMAX experiences.”

While the experience of seeing “Game of Thrones” in IMAX might be worth it for some, “Game of Thrones” is also known for freeloading viewers. “Thrones” was the most pirated show of the year for the third straight year, and HBO executives are well aware of the rampant sharing of HBO Go passwords. That doesn’t seem like the type of consumer behavior that suggests a willingness to pay IMAX prices for content.

Then again, those massive pirating and password-sharing figures translate to big-time dollar signs as well. Sales of “Game of Thrones” box sets broke records for HBO, Amazon, and even the entire United Kingdom.

Regardless of the show’s success, can any consumer really justify watching two episodes of a television show they’ve already seen just to see a trailer for the next season? HBO executives could have had a better idea if the new “Star Wars” trailer had followed its initial plan to open in a select number of theaters instead of debuting online earlier than expected.

It helps that “Game of Thrones” will be the first show in IMAX, something the press release made sure to emphasize.

“We couldn’t think of a series more fitting than Game of Thrones to be the first presented in IMAX,” said Greg Foster, Senior Executive Vice President, IMAX Corp. and CEO of IMAX Entertainment. “The scope and production quality of the show is quite remarkable, which will be highlighted even further in select IMAX locations – allowing fans, as never before, to become a part of author George R. R. Martin’s world that David Benioff and D. B. Weiss created for HBO. It has the action, storyline and epic nature that our fans seek in IMAX and we’re thrilled to team with HBO and our longtime partners at Warner Brothers to offer audiences a chance to experience it in the ultimate theatre setting joined by other fans of the series.”

If the 86,000 people who traveled to Spain to audition as extras for “Game of Thrones” are any indication, this experiment just might work. But will it be enough? Only time will tell. Right now we know about as much as Jon Snow.

Always a pleasure to have Boston.com’s Perry Eaton in studio for a chat. After we talked a bit about Pearl Jam at Fenway and Perry’s new podcast, he filled us in on Game of Thrones live and Narragansett’s new Bananagrams-themed brew. END_OF_DOCUMENT_TOKEN_TO_BE_REPLACED

No, not from afar, from the comfort of her couch. From the actual awards themselves. That’s where Meredith Goldstein was for the Oscars. She shared all the juicy, first-hand details with me. END_OF_DOCUMENT_TOKEN_TO_BE_REPLACED

It was wonderful having our good friend Meredith Goldstein back in studio this morning. She dug into the latest edition of Love Letters, which prompted us to play this song. And of course we had to discuss the Oscars. Make sure you’re following Meredith on Twitter, as she’ll be live-tweeting the awards this Sunday night. END_OF_DOCUMENT_TOKEN_TO_BE_REPLACED

Our first edition of TV Sets for 2016 might be better than every edition from 2015. END_OF_DOCUMENT_TOKEN_TO_BE_REPLACED