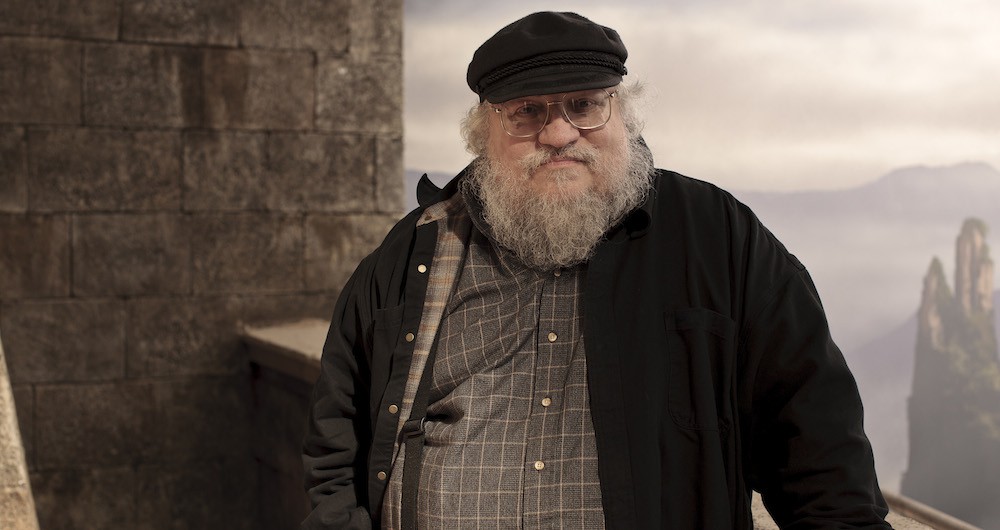 It may surprise you, but “Game of Thrones” author George RR Martin is a huge NFL fan. He’s an unabashed New York Giants backer, and roots for the Baltimore Ravens for their literary namesake, Edgar Allen Poe. But he’s not a fan of the Dallas Cowboys, and he hates the Patriots, especially Bill Belichick, who he calls “Evil Little Bill.”

In a series of posts on his personal blog, Martin wrote some basic armchair analysis of the NFL playoffs. Before the Ravens-Patriots game, he said he was pulling for Baltimore.

Of couse, I will be rooting hard for the Ravens to defeat Evil Little Bill and his Patriots. Hey, they are named in honor of Edgar Allen Poe, a fellow writer…

Then, after the Patriots pulled off the 35-31 win thanks to their sneaky and deceptive trick plays, Martin was miffed.

For a few minutes at the start, and a few minutes in the middle, the Ravens were two touchdowns up on the Patriots, and it looked as though Evil Little Bill might go down as well. But New England and Tom Brady rallied, not once but twice… once, admittedly, aided by what the Ravens coach called a ‘substitution trick,’ which wasn’t illegal but probably should be. No one ever said Evil Little Bill wasn’t clever. And in the end Joe Flacco threw a killer INT, and the Pats moved on. That made me mad and sad.

Coming from an author whose books feature characters for whom rape, incest and murder is as commonplace as a morning cup of coffee, calling Belichick evil is a pretty strong indictment.

As for Sunday’s AFC Championship? Martin begrudgingly admits the Patriots and Evil Little Bill probably have it locked up.

What’s doubly sad is that I don’t think the Colts have a chance in hell of beating the Patriots next week at Foxboro, which means Brady and Belichick will be heading to another Superbowl, pfui.

Well Pfui to you too, George! Maybe you should cut out your high-school-level sports analysis and get back to working on the next book in the “Song of Ice and Fire” series so the HBO show doesn’t have to start making stuff up because it took you 6 years to write a book.

Enter to win a pair of tickets to attend The Hess Collection Seminar and Dinner as part of Boston Wine Festival 2018 at the Boston Harbor Hotel on Wednesday, March 14th. END_OF_DOCUMENT_TOKEN_TO_BE_REPLACED

The Black and Gold continue their run tonight at TD Garden. END_OF_DOCUMENT_TOKEN_TO_BE_REPLACED

Who will make the Class of 2018? END_OF_DOCUMENT_TOKEN_TO_BE_REPLACED

It’s been awhile since we talked Black and Gold. END_OF_DOCUMENT_TOKEN_TO_BE_REPLACED

You’re going to wish you were in the Northern Alps. END_OF_DOCUMENT_TOKEN_TO_BE_REPLACED