Photos: How Fenway Park Recovers From the Worst Winter Ever

From late January through March, a record-breaking snowfall descended on Boston, and Fenway Park, home of the Boston Red Sox, was hit just as hard as the rest of the city. Battered by fierce winds, buried under feet of snow, and frozen deep with frost, the once-lush Fenway field was in full-on winter hibernation.

But while the rest of New England can wait patiently for the snow to melt and the grass to return to a greener hue, the grounds crew at Fenway Park doesn’t have the luxury of time. This winter, David Mellor, head groundskeeper, and his crew of four, had the challenging task of reinvigorating the field in time for Opening Day: April 13.

A visit to the park a week before the Red Sox begin their first homestand revealed just how far Fenway has come from the days of snowdrifts and icicles. We caught up with Mellor and he gave us some insight into how he and his team got the field in top shape for the 2015 season. 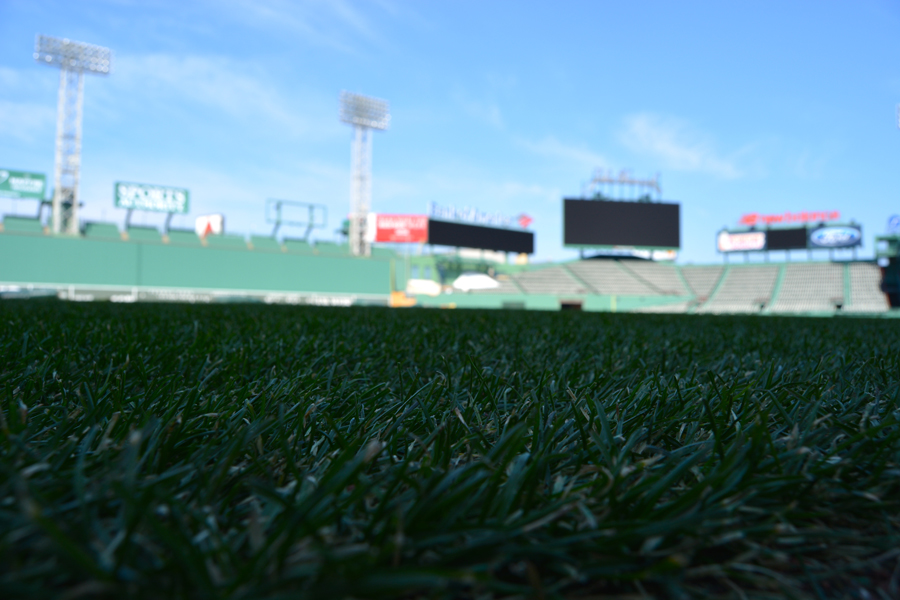 “Timing is everything with snow. Snow can be a great insulator [for the grass].” 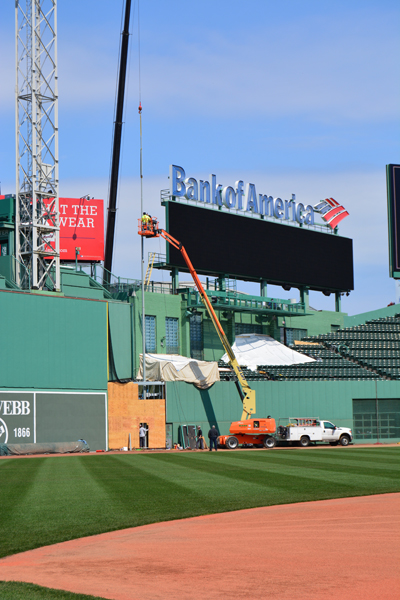 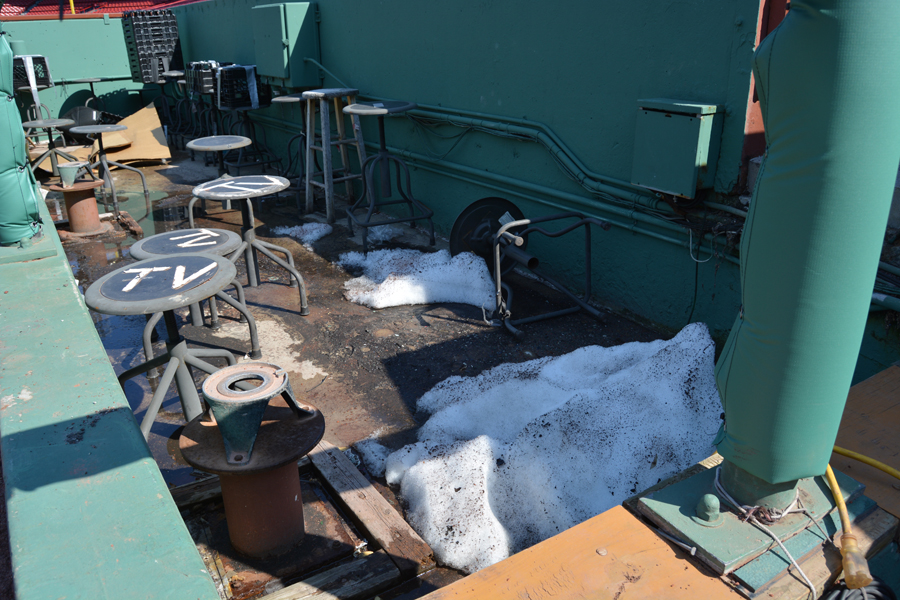 On getting the snow to melt:“One of our first options to get rid of snow is to use black sand. Rather than get out there and shovel it, or to mechanically plow it off, where you’re risking potential damage to your grass and you’re putting stress on grass when it’s cold, which you don’t want to do. So with the black sand, instead of the snow reflecting light, it absorbs heat and it’s amazing how quickly it can melt. The first week that we put it out here we put out two tons of black sand -- so it was 80, 50-pound bags -- and the guys carry them on their shoulder and you put it in a shovel and sling it, kind of making a grid pattern so that all the snow gets covered. And that first week we lost about two-and-a-half feet. The guys really worked hard. I can’t say enough -- you’re only as good as the people around you and I feel just so fortunate. There’s four of us that are full time and they are just outstanding. And we have an incredible seasonal crew. So the teamwork that goes into the attention to detail...I’m really proud of all the hard work the guys have done to get the field ready this year.” 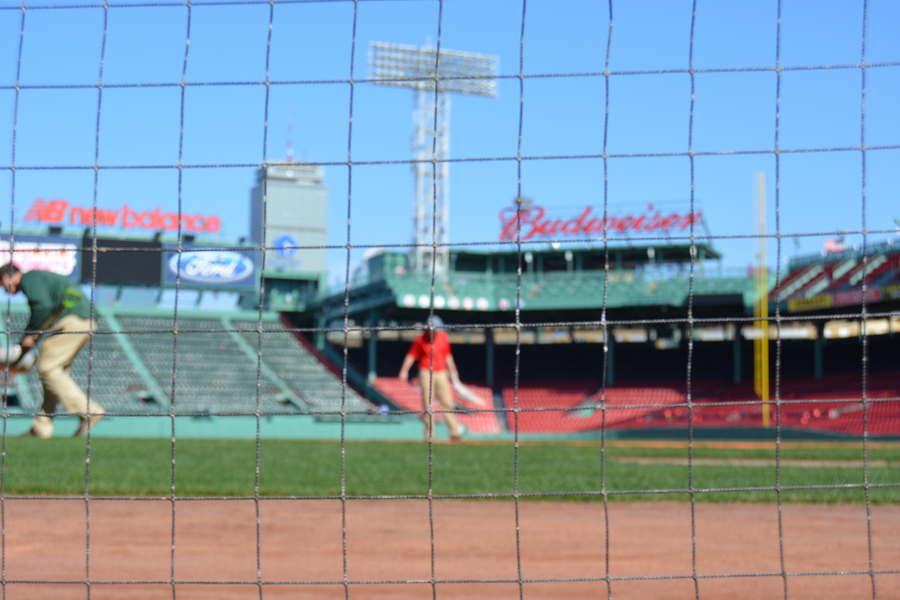 “The coldest spot is behind home plate because it doesn’t get much sun. So that was the last place that the snow melted. But it was amazing. Basically in two weeks the snow had left...and yet I still have two feet in my yard." 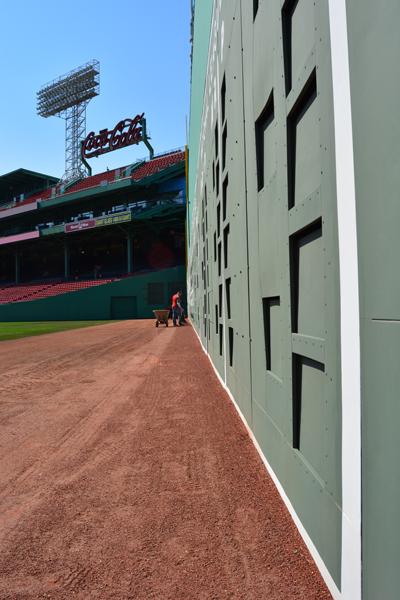 “Most ballparks have two micro-climates. They have an upper deck shaded area and they have a sunny part. We actually have a third in the Green Monster and the radiant heat that comes off that, which is great. In the winter it helps melt snow.” 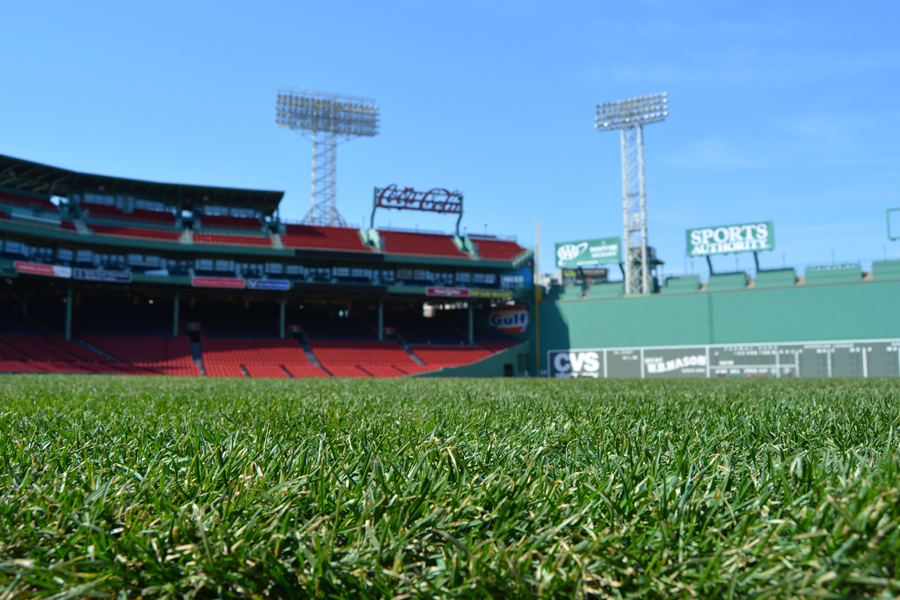 “Most people’s lawns look like cardboard in the spring.” 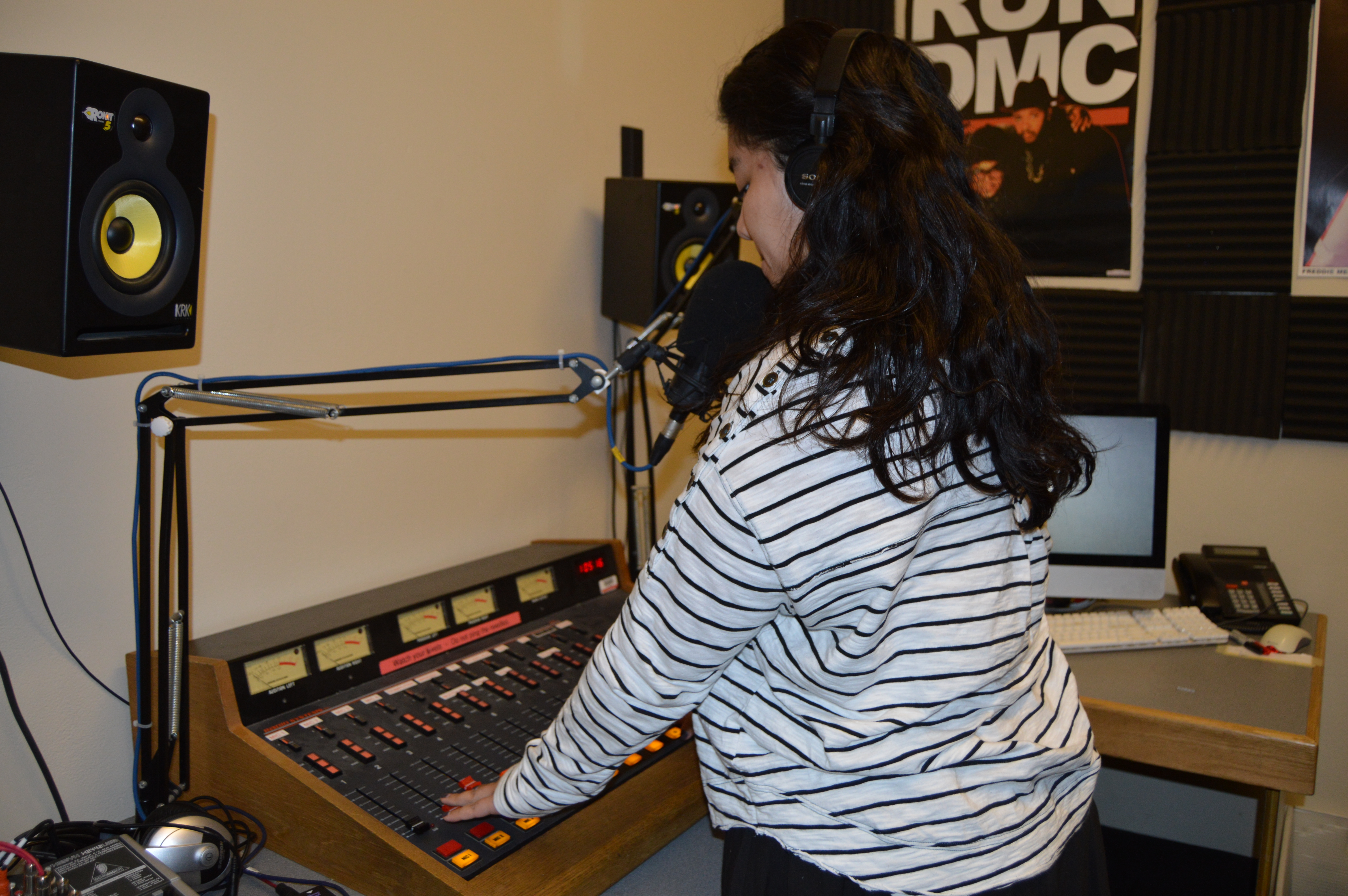 On preparing the field: “A lot of attention to detail, fine tuning stuff. We insulate all of the clay, which helps prevent the frost from going as deep.” 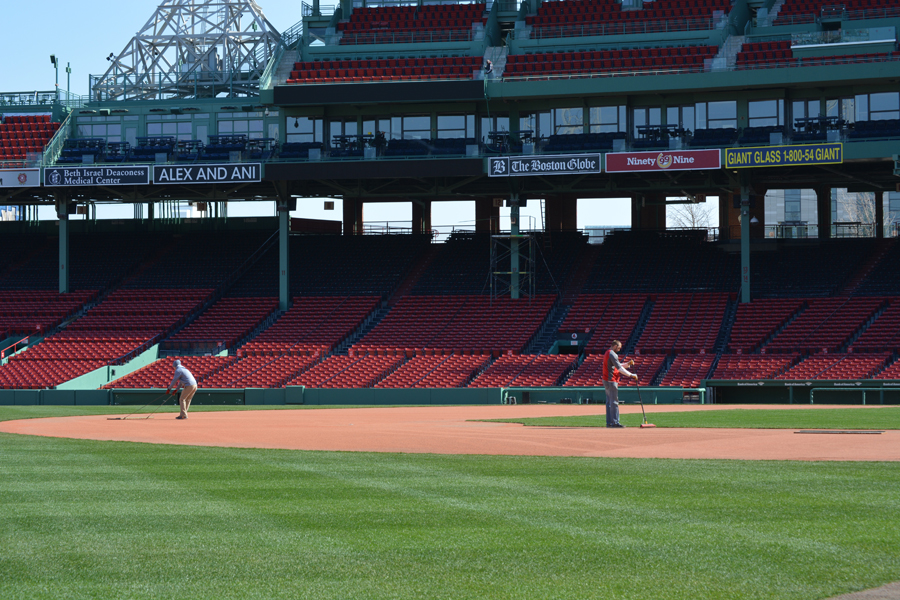 “The best part of my job is helping people create memories” 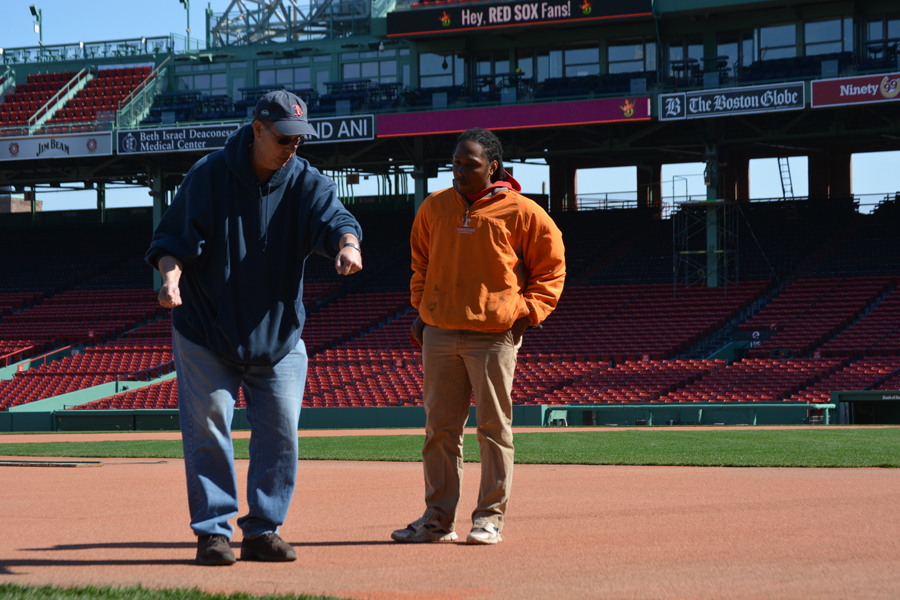 “It’s a sense of pride about how hard the guys have worked. A sense of pride from being behind the scenes and working with what I think is the best crew. Not only are they great groundskeepers, but they’re even better people.” 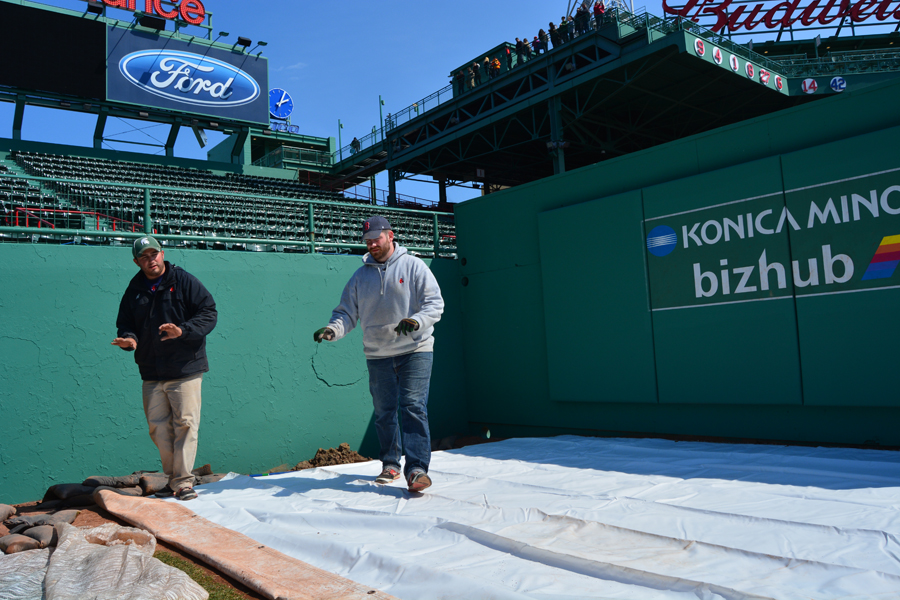 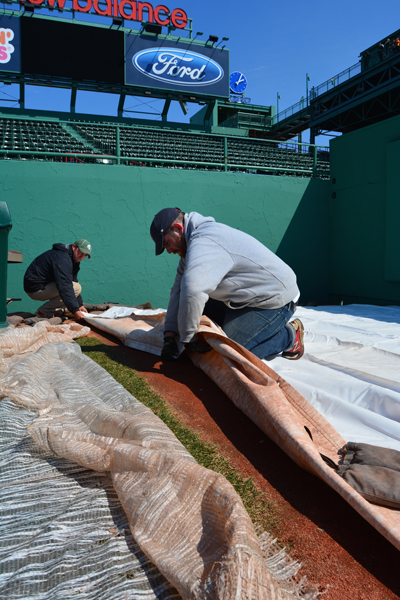 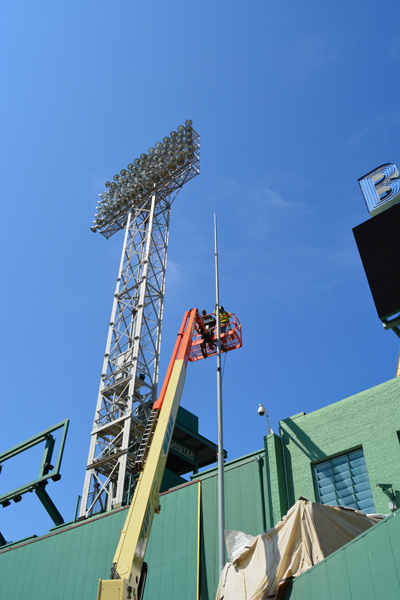 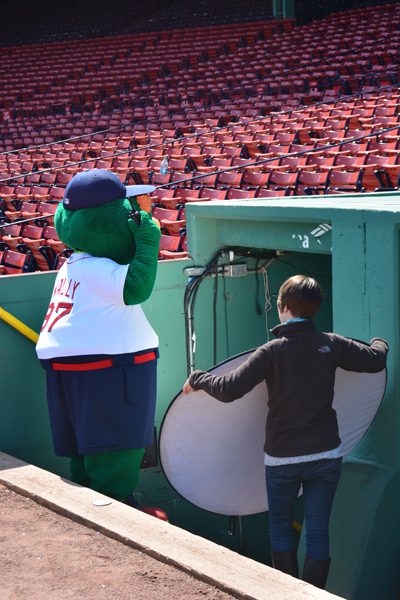 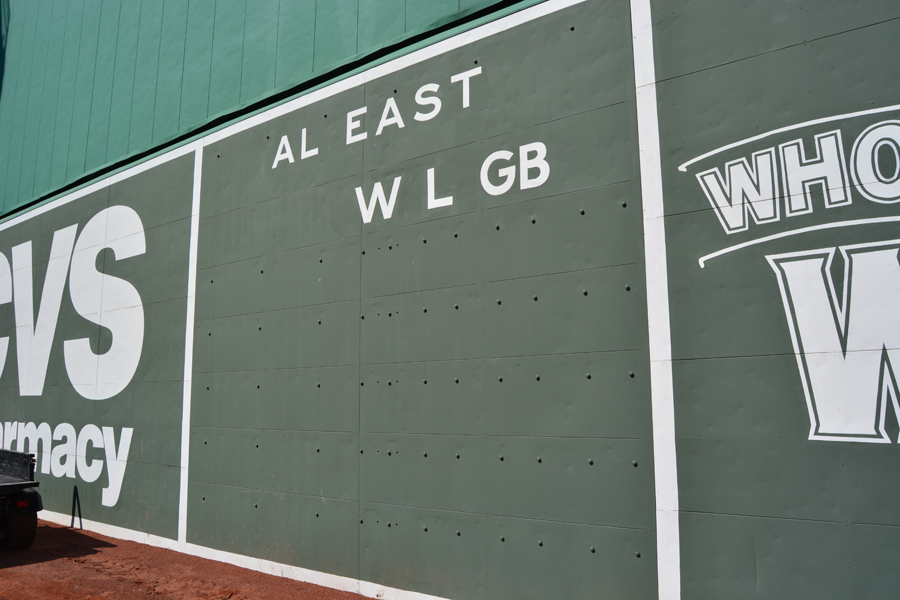 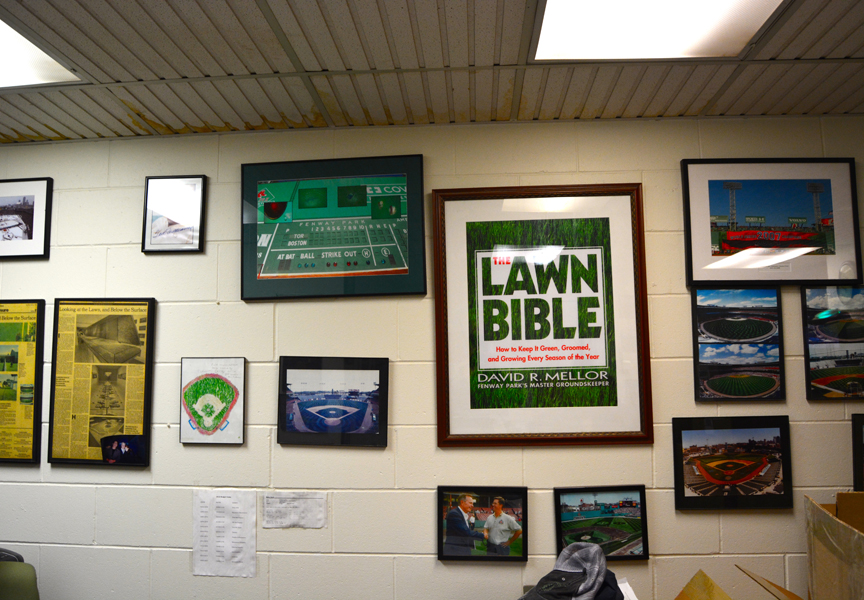 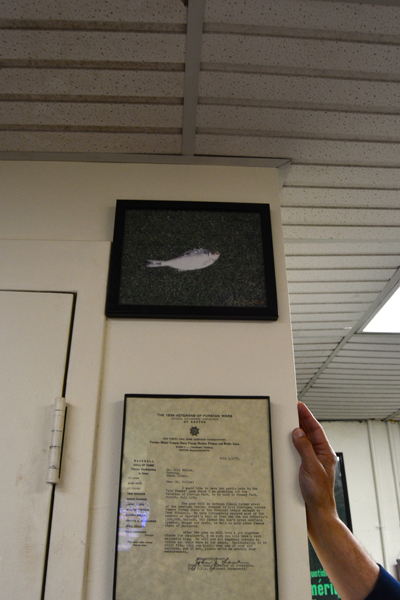 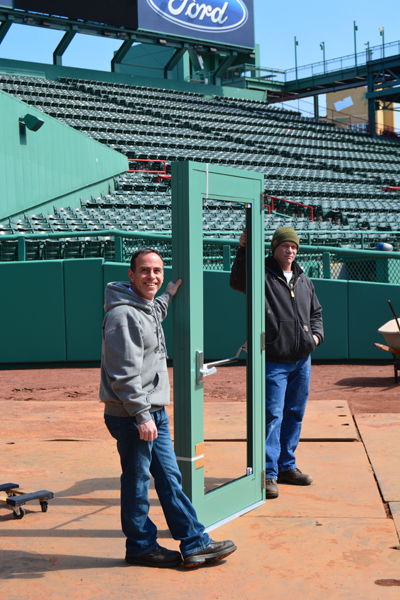 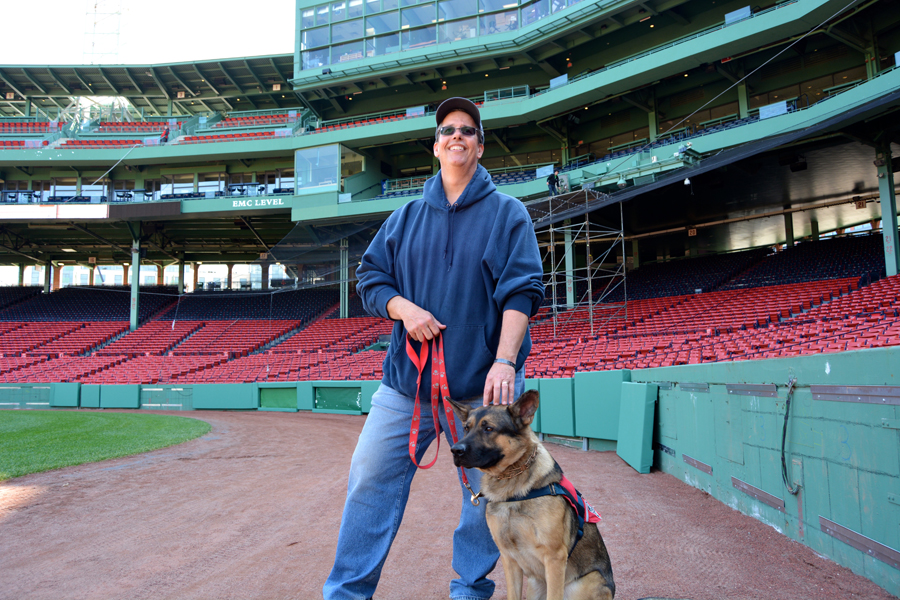 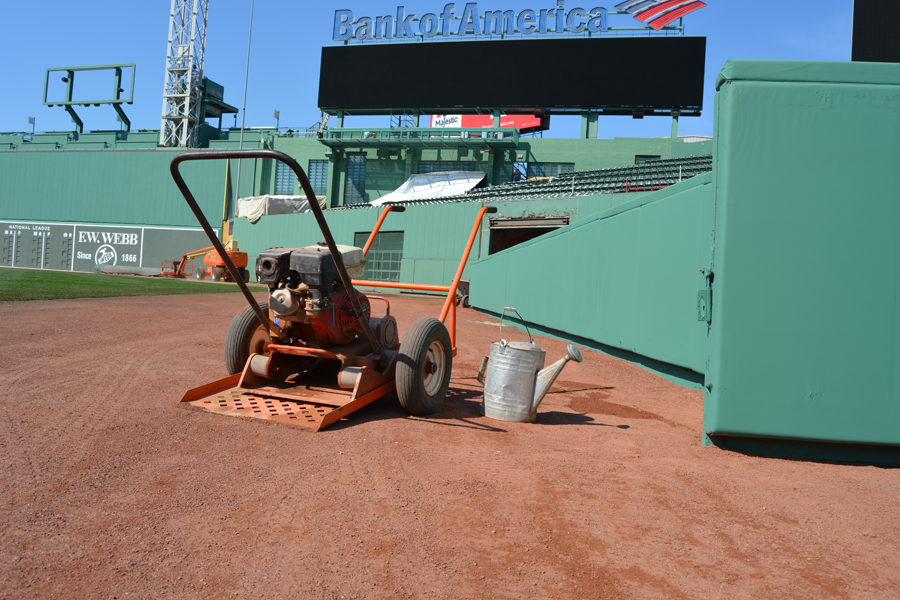 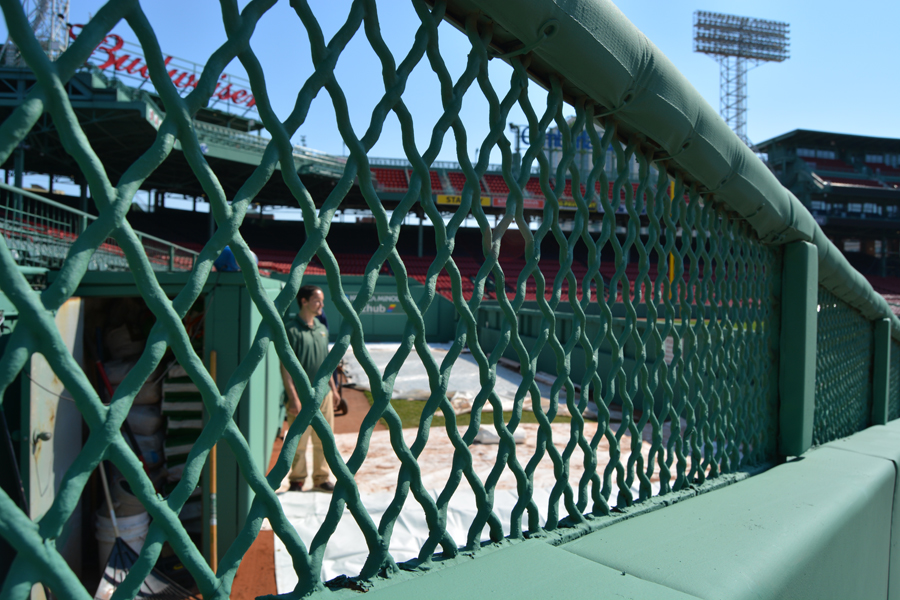 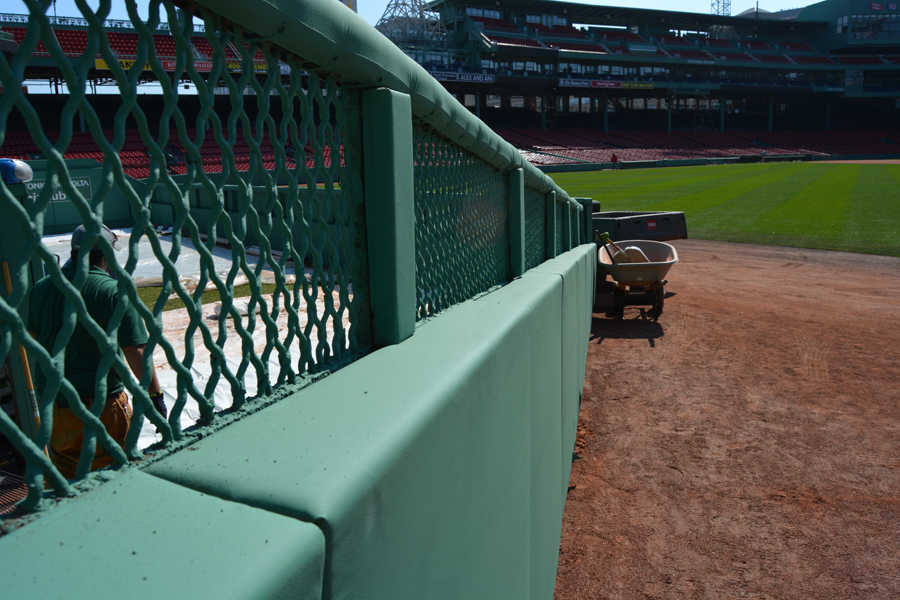 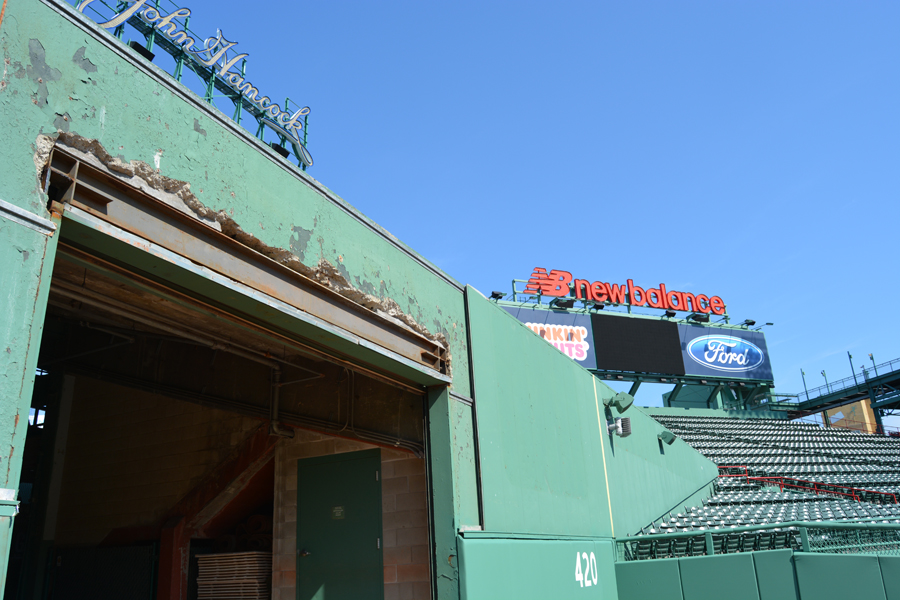 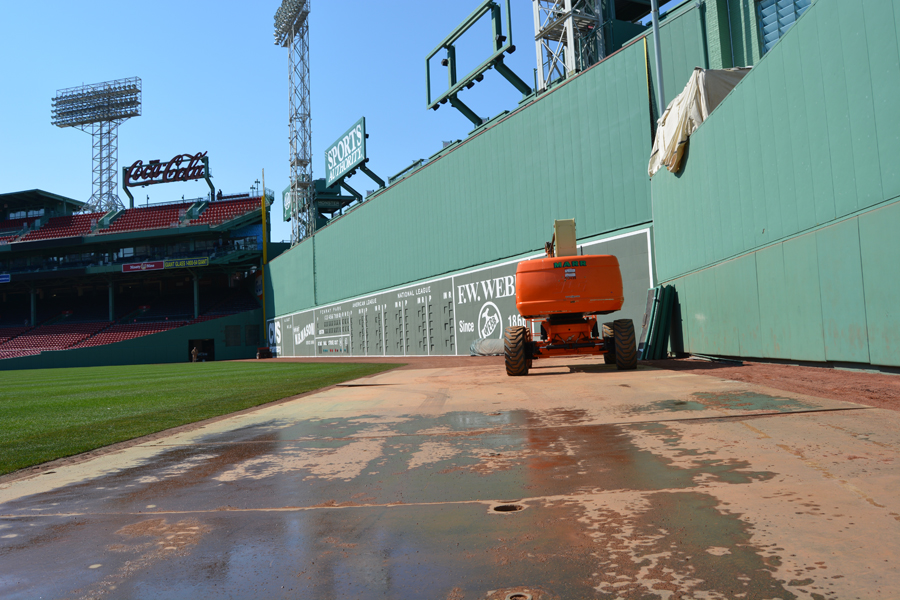 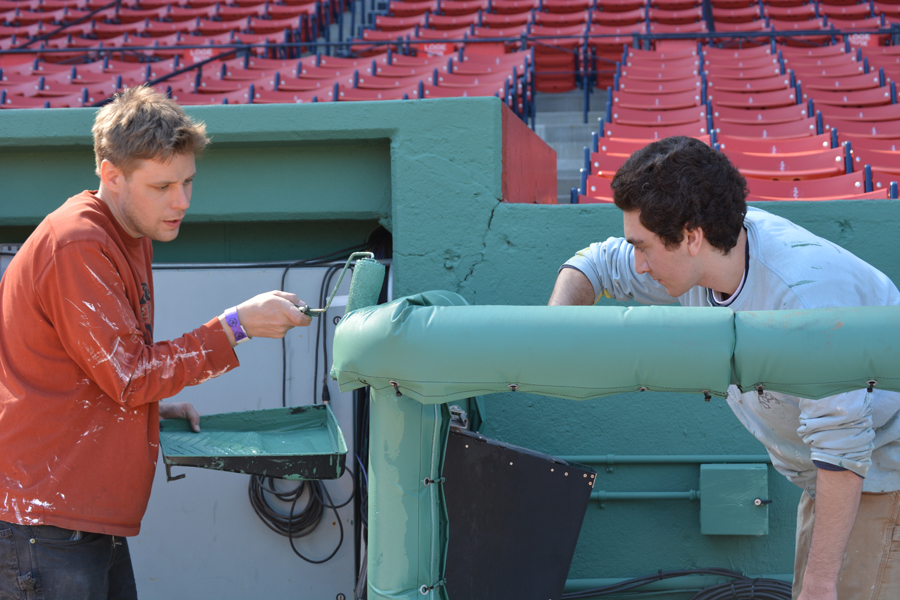 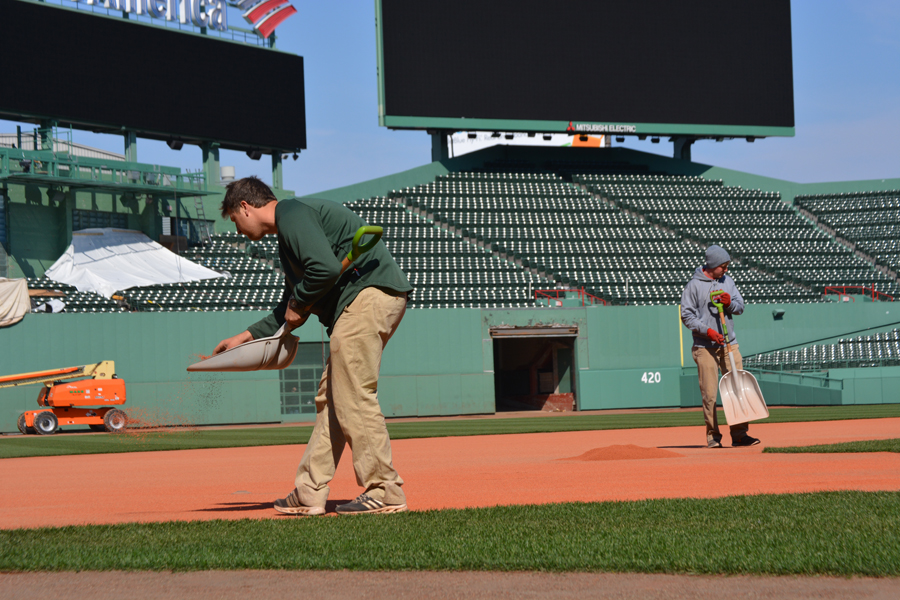 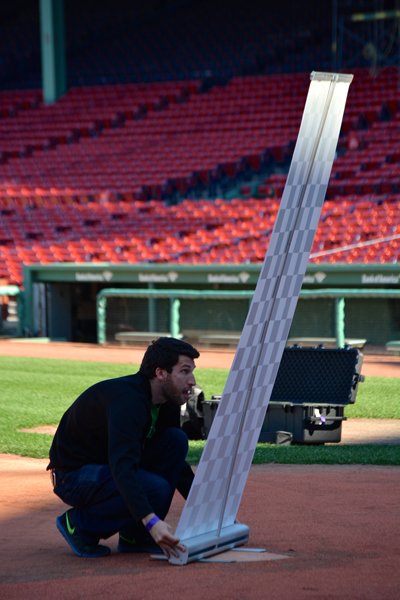 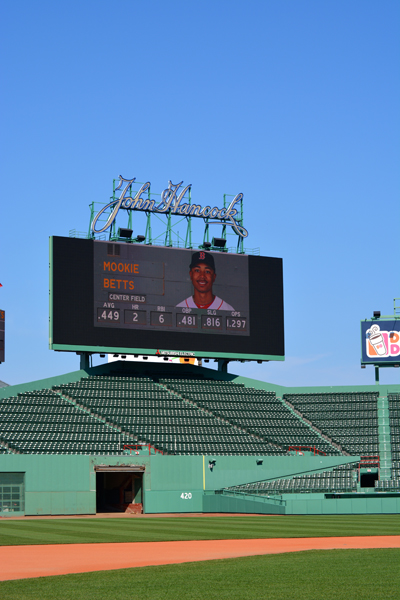 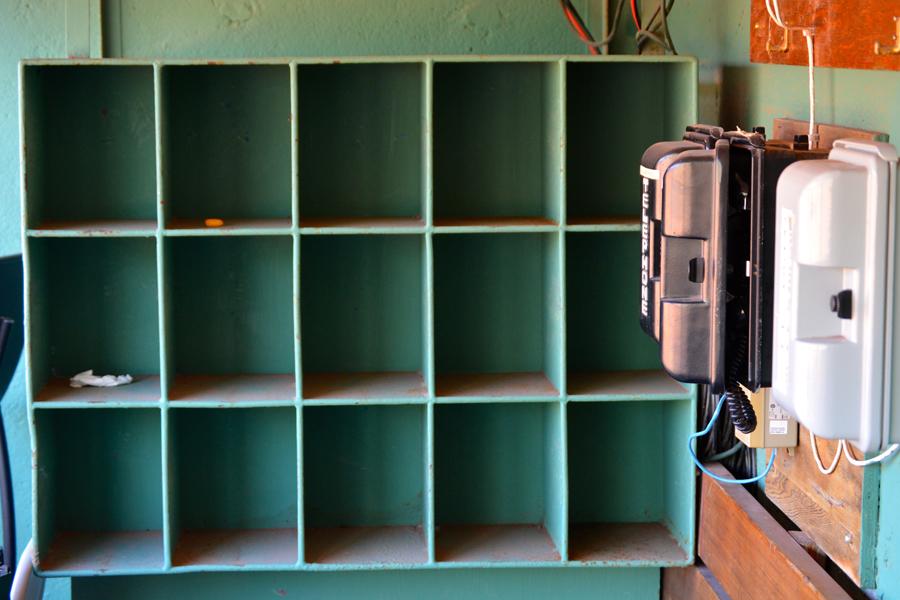 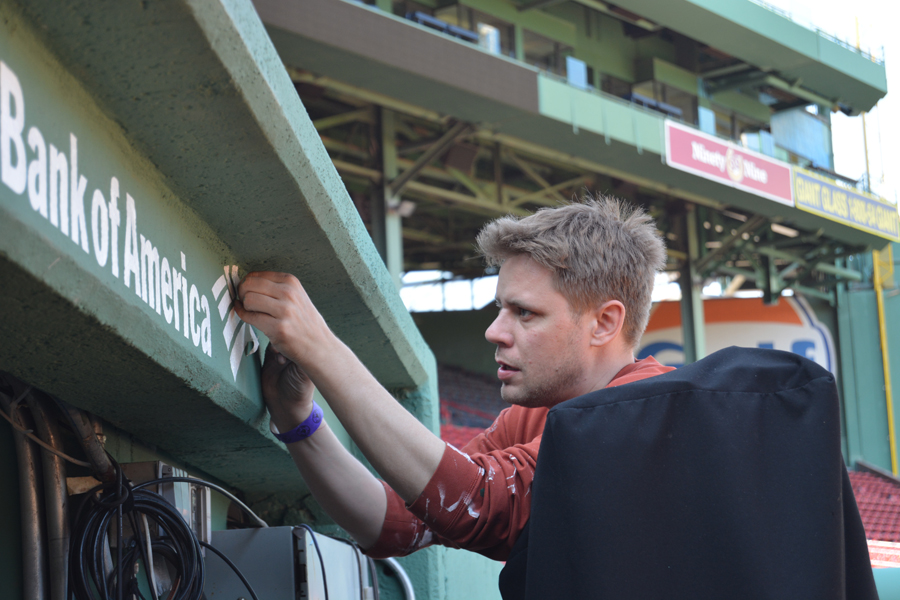 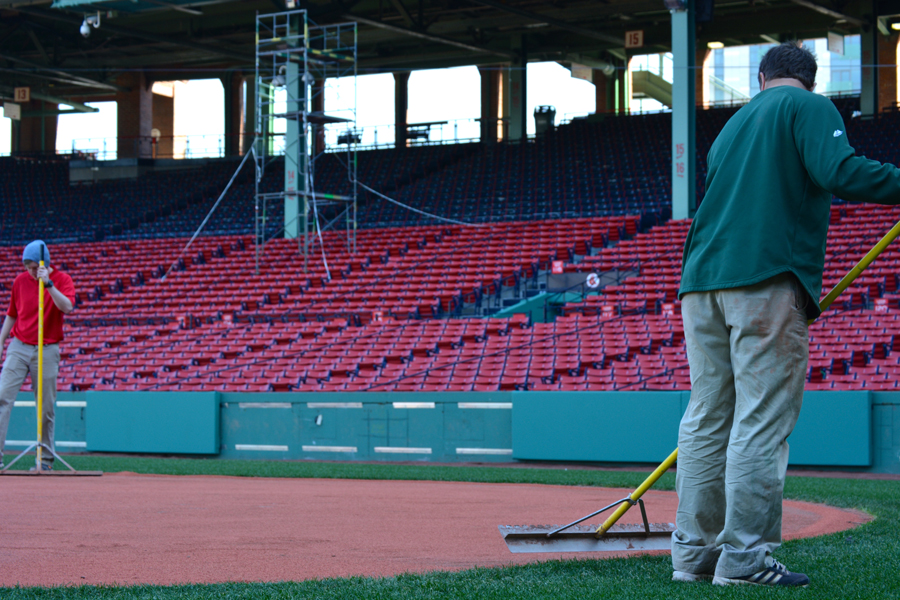 “Timing is everything with snow. Snow can be a great insulator [for the grass].”
Photo 1 of 34

Click here to see where we’ll be the rest of the season! END_OF_DOCUMENT_TOKEN_TO_BE_REPLACED

Enter to win a pair of tickets to attend The Hess Collection Seminar and Dinner as part of Boston Wine Festival 2018 at the Boston Harbor Hotel on Wednesday, March 14th. END_OF_DOCUMENT_TOKEN_TO_BE_REPLACED

END_OF_DOCUMENT_TOKEN_TO_BE_REPLACED

We kicked off our 2018 season on the coldest day EVER. END_OF_DOCUMENT_TOKEN_TO_BE_REPLACED

Eric Wilbur had quite the story to tell. END_OF_DOCUMENT_TOKEN_TO_BE_REPLACED

Winding down 2017 in sports. END_OF_DOCUMENT_TOKEN_TO_BE_REPLACED

Chad Finn has some thoughts. END_OF_DOCUMENT_TOKEN_TO_BE_REPLACED

The saddest onside kick ever? END_OF_DOCUMENT_TOKEN_TO_BE_REPLACED